Sorry that it’s a day late, but I was in a WiFi dead zone with no connection, and just got back to civilization. 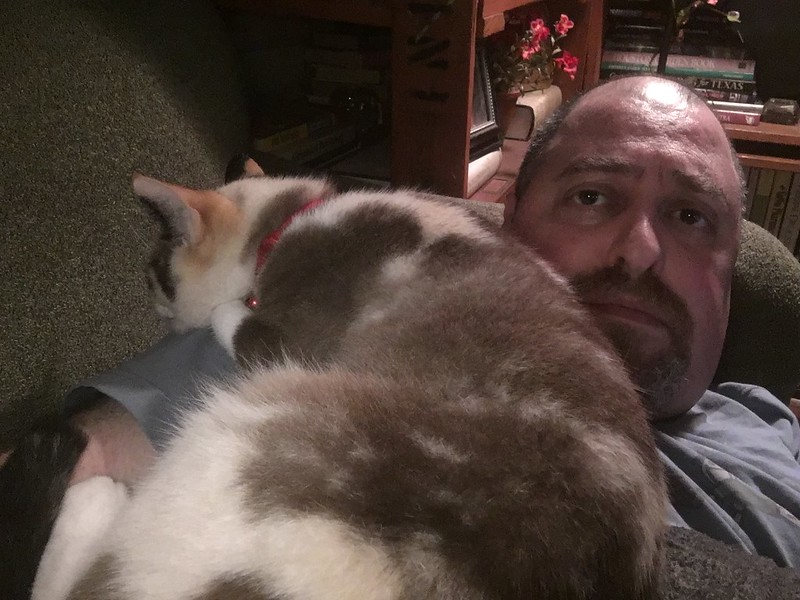 The light coming from the fragile paper lamp didn’t matter anymore.
As she stood, waiting, the crowd gathered to watch, whispering words.
She couldn’t hear them but she knew they spoke.
Then, unexpectedly, it was decided.
“Burn everything.”
And the torches were lit when she wasn’t looking, the blinding light killing a soft glow coming from the frail paper lamp.
The words were shushed. The crowd was silent.
“Let it commence.”
In a matter of an hour, everything was gone, the ashes thrown about randomly.
She didn’t mind.
She thought it had been a fitting end to a sad story.

The Lovers
By Christopher Munroe

They were star-crossed; but no matter what tragedy the world threw at them their love persevered.

When he asked for her hand she wept, when he saw her in her gown he did, for he knew in that moment that no force in heaven or earth could tear them asunder.

Then the sun went nova.

Both were slain, as was every other thing on the planet. The sterile, charred world hurtled through space, tomb and testament to a simple lesion that’s just as true today as it was back then.

Stars, once crossed, will ruin you…

My ex-girlfriend had boundary issues. On our first date, she speared a scallop from my plate. “You don’t mind, I hope?” On our second date, she said she was cold and took my suit jacket from the back of my chair. “You don’t mind, right?” At the theater, she sneezed and grabbed my pocket square to wipe her nose. Finally, I asked why she would take things without asking.

She looked hurt. “We’re a team, right? What’s mine is your and what’s yours is mine.”

She seemed quite startled when she entered the bedroom and found her sister straddling me. I looked up at her. “What’s yours is mine, right? I’m sure you don’t mind.”

Turns out she did.

The Mind Reader
by Jeffrey Fischer

The three scientists looked at their colleague strapped to a chair. Electrodes ran from his head to a monitor. Frank had volunteered to be the first human to test the mind-reading machine.

“Ready?” Bob threw the switch. The machine hummed and pictures appeared, blurry at first, sharper as the software adjusted to Frank’s brain waves.

“Okay, let’s see what we have. Fear, that’s normal. Frank’s wife and kids. Beer, more images of beer. Well, *that’s* not Frank’s wife! Oh my, we’re going to have to think of some euphemisms when we write the report.”

The machine powered off. The scientists looked at one another. Finally, Bob said, “Gentlemen, this device is far too dangerous to allow anyone to use. We must destroy it before our wives see what’s inside our heads.”

You could say that I’ve lived a sheltered existence: Apart from alcohol, I’ve managed to steer clear of most of the vices that seem to be considered pretty acceptable in modern society.

Other than the odd cigarette in school, whilst trying to impress a girl – unsuccessfully, I might add – I’ve never smoked; and a few ill-advised puffs on a spliff at a dinner party is my sum total when it comes to drug abuse.

So, when it comes to mind altering substances, I’ve a clean record.

My mind has been permanently altered…

Rudy could hold three dimensional structures in his mind. He could rotate,
spin and scale them across his inter vision. Layer upon layer inter
locking passages linking vast byzantine courts to Gothic crypts. When they
had abandoned the city they had left him for dead. If you have the mind to
ample a spoon to a key stone it’s only a wall away for the central storage
vaults. Rudy closed his eye and began the trek through the Citadel. He
trusted his mind in favor of his sight. Beating against the sub-Rosa of
his mental map was pure revenge.

People are fascinated by the aberrant and macabre – that’s why we rubberneck at car accidents and feel compelled to hear the gory details of disasters and calamities.

We pretend our desire to know what goes on in the mind of a serial killer or psychopath is driven by a thirst for knowledge and understanding… The truth is, it gives us a thrill!

So why not pop round for tea next Thursday, and we’ll have a little chat? An ‘educational’ experience that will expand your mind and build your insight.

Although, I can’t guarantee you’ll leave with your sanity.

Mickey blinked his monkey eyes to clear them. He raised his head and looked around the small room. A woman he didn’t recognize sat at a desk, typing on a computer. Her curly purple hair was pulled into an uncooperative ponytail. She chewed her lip, leaning close to the computer screen.
“Would you mind removing this duct tape so that I can change back into a human?” Mickey asked, but all that came out was “Ooo, ooo, ooo?”
The computer buzzed and the woman turned to him.
“Yes, of course,” she said, standing. “Let me get you something to wear…”

“Two arms, two legs, and a head, the resemblance ends there,” I answered. “The question is, do they have a mind? They don’t think, they don’t move around, go places, do stuff. They just endlessly praise God, who doesn’t exist anyway. No more soul than a plant, and they’re sitting ducks for a bullet filled with unholy water.”

On aesthetic grounds, I don’t like to eat most of the humanoid body, but angel wings simmered in their own blood are to die for.

I walk to the public library for the exercise and the free wifi.
And, it’s nice to get away from the house every now and then.
The chairs are comfortable, the air conditioning is great, and it’s nice and quiet.
Unless some knucklehead is drumming on a table as he’s watching rock videos on YouTube.
Sure, he’s got a headset on, but the drumming on the table is really annoying.
I pull off his headphones “Do you mind?” I ask him.
He goes back to listening. And drumming.
Thank goodness they’re corded headphones. You just can’t strangle someone with Bluetooth.