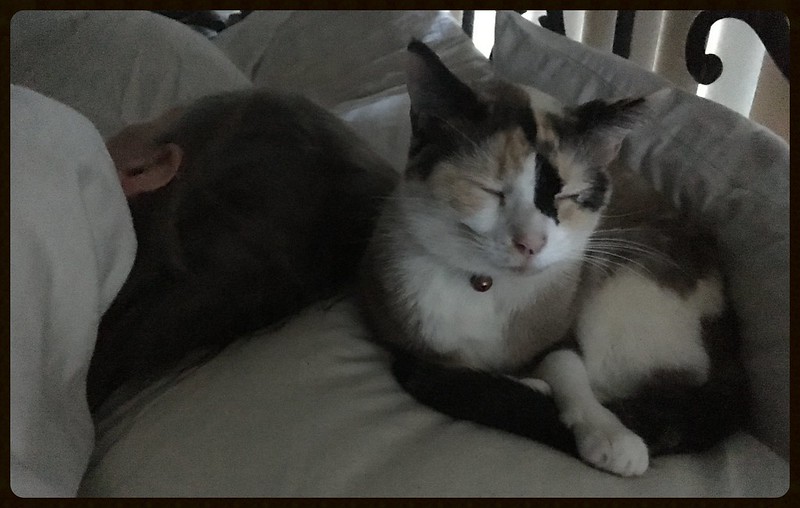 Gary’s doctor gave him a stern look. “You need to lose weight. A LOT of weight. I want you to eat at least one salad a day. Field greens, kale, beets, whatever makes it taste good, but salad. No pizzas, no big ribeye steaks, no grande burritos. Do you understand?”

Gary mentally ticked off the items that his doctor listed. “I hear you, doc. I’ll try,” he said glumly.

The next night he brought home a bag of field greens, a bag of kale, and several beets that he cut up and added to the salad. Then he foraged in his refrigerator. Leftover steak, crumbled nacho chips, a cup of cheese, and a handful of soft candies all went on top, along with a generous dollop of French dressing. He ate the toppings, threw away the greens, and decided that salads were pretty tasty.

The artillery barrage rained down destruction for several hours, explosions killing or maiming anything nearby. When the battlefield was silent again, the two armies advanced toward one another. The inevitable clash occurred and it was a bloodbath on both sides. Men shot one another and, at closer rage, stabbed with bayonets or even knives. After it was over, the dead and dying were so thick on the ground that each side could walk back to its trenches barely touching the bloody earth.

The Gospel according to Norman: The parable of the sower

There was a farmer who desired to plant his fields with wheat, and as he sowed some of the seed fell upon the path, some amongst the weeds and some on stony ground.

When it came to the harvest, only the seed which had fallen on good soil had cropped, and the farmer was driven to poverty.

“Good teacher, what are we to learn from this parable”, asked his followers.

“How am I supposed to know”, he replied; “I’m a teacher, not an agricultural specialist! Why is it that you lot always seem to think I have all the answers!”

The Gospel according to Norman: The parable of the sower

There was a farmer who desired to plant his fields with wheat, and as he sowed some of the seed fell upon the path, some amongst the weeds and some on stony ground.

When it came to the harvest, only the seed which had fallen on good soil had cropped, and the farmer was driven to poverty.

“Good teacher, what are we to learn from this parable”, asked his followers.

“How am I supposed to know”, he replied; “I’m a teacher, not an agricultural specialist! Why is it that you lot always seem to think I have all the answers!”

Welcome to the field of human conflict.

It seems a pretty ordinary field, but look closer and amongst the mud and grass and meadow flowers are the reminders of mankind’s harsh manner of reconciling differences.

And yet, faced with this carnage, still you wage your wars.

And, if you think that’s fighting talk, I’ll take you on.

Two Early by Half

I have always been amused by St. Martins in the Field. If your tastes in music run towards the classics you have heard of the place intoned by some baritone DJ in the mid Frequency Modulation Spectrum. I picture a guy who should be the first mate in The Rime of the Ancient Mariner conducting a string section knee deep in waves of flowing wheat. In 1542 Henry the eighth less than pleased with a rabble of plague victims trooping through Whitehall built a church literally in the field between Westminster and London. Not a field to be seen today.

After a day’s work in the fields, Ronnie would say “Turn right”. Mike complied in silence. The path took them back to town. But there was also a path to the left.
“What’s over there?” asked Mike one day, pointing to the left.
Ronnie shrugged.
“Never felt curious?”
Ronnie shook his head.
However, Mike went back to the crossroads and, taking a deep breath, took the path to the left.
He never came back. He went to the big city. He became rich. And he never stopped being curious, especially about all the “paths to the left” he came across.

Field
———
A gun can fire 20,000 rounds on the range, smooth as hot butter, but the first time in the field it’s nothing but jams and misfires. New designs need field testing, and you don’t get real field stress short of an actual war zone.

So they drop me in with the kit and a mission to kill everyone I see on the way to the pickup point. No leftover ammo unless the equipment fails.

I don’t care where I am or who I’m shooting at. If I asked questions, on my next mission I’d be some other field tester’s target.
———

Mickey paced in his cell, waiting for Dr. West and Salt to return with some shorts, and wondered how he might escape. Eventually, he lay on the cot, his back toward the cell door, and it came to him.
“We brought your fuzzy chonies,” Salt laughed.
Mickey didn’t move.
“Monkey boy. Here’s your underwear,” Salt said.
Mickey snored.
“Wake up you stupid kid.” Salt opened the door and stomping to the cot.
A flash, and Mickey in monkey form shot past Salt, grabbing the shorts and dashed toward the exit.
Outside, he raced across an open field to a forest.

I bought an ultra-high definition television, and when you watch baseball, you can see the individual blades of grass out in center field.
You can also see the bulge that the envelope full of cash makes in the umpire’s back pocket.
And the needle marks from the batter’s recent injection of human growth hormone.
Not to mention the Vaseline that the pitcher smeared on the ball, the flecks of cocaine under the nose of the first baseman, and the guy in the stands relaying signs to the batter.
The picture is so real, even though the game’s fake as hell.