If it’s taking you a little more time to come up with a story or record it, that’s fine. Feel free to send it it when you’re ready, and I’ll put it up on the feed in a separate post.

Until then, here’s a cat: 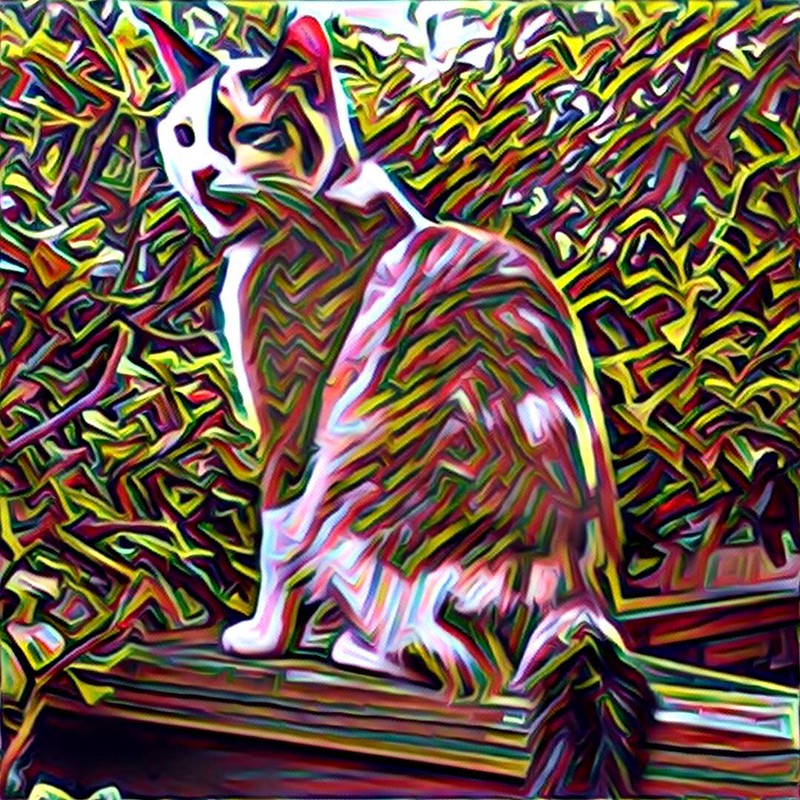 Fighting Back
by Jeffrey Fischer

The restaurant was elegant, with white tablecloths, glasses for types of wine I couldn’t guess at, and more silverware than the average newlyweds owned. The waiter asked what I’d like for dinner. “I could murder a ribeye. Rare, with a hard sear on both sides. So rare that a good vet could bring it back.” The waiter nodded and left.

About fifteen minutes later, an irritated-looking cow arrived at my table, one side singed and seared. “I’ve had it with you humans,” she mooed. “This rare enough for you?” She turned to show the sear mark, then threw some papers on my table. “And you’ve been served: attempted bovine-icide. See you in court.”

The Little Things in Life
by Jeffrey Fischer

Never take the little things for granted. That feeling one gets walking out of the house on a crisp Fall day, for instance, or the first taste of a delicious meal. Add to that list the ability to move one’s bowels regularly. After four days, I decided that laxatives were called for. The laxatives were murder on my stomach and did nothing to solve the problem. The doctor dosed me with Milk of Magnesia. Pure agony, but still noth…

Just wait a second. I’ll be back as soon as I’m able. You done with the sports section?

All those special occasions when those relatives you never see – and let’s face it, there are very good reasons you choose not to see them – get together and pretend they like one another.

In reality, of course, rather than the fake plastic smiles, the air kisses and the under enthusiastic hugs, most of the family would rather have brought a hand grenade or attack rifle.

Much as we’d love to, commonsense prevails, and rather than throttle each other, we laugh and smile pleasantly.

So nobody dies, but nevertheless, it’s still murder!

He raised a gloved hand to his face. There was a glistening sheen to the thin latex. His nose twitched a little as he inhaled deeply.

Smelling her.
Her final throes.

He removed and dropped them into the fire pit. His coat too. And the rest of his clothes. Walked naked to the caravan where the kettle was whistling him over for a wash.

He felt the usual lurch of emptiness as he towelled himself dry and dressed. Nothing left to cling to.

Still.
Onto the next.
He carefully rinsed his potnoodle cup for recycling then began a fresh search.

The topic is murder

“The topic is murder,” said Moriarty, looking out over the auditorium, filled completely by writers whose work he had edited: and improved. “The question will always be motive, and the problem opportunity. But suppose you had a room full of people, all with equal motive and equal opportunity? Then its courage. The killer must be willing to risk detection and punishment!”

“Suppose they all acted together?” asked a pretty young writer in the front row.

“And how would they do that?” asked Moriarty, taking a drink from the glass on his lectern.

“One drop of poison from each,” she said.

Best served cold
Timmy looks up with that Timmy look, turns and cries “REDRUM.” The bartender chuckles and says, “Loved the movie, what’s the deal kid?” At the end of the bar two guys in trench coats spin and pulled out a pair of uzis. An errant shot brakes the bar mirror into fractured pieces. The mirrored image of Timmy’s cocktail napkin spelled out MURDER in jagged splinters. One of the MOSSAD agent meets Timmy’s eyes. “At last the Black September is over.” Timmy says “REDRUM” “Red rum,” reply the agent and drops a kill card with a large red X on the barkeeps chest.

M is for mother, whom I chopped with a knife

U is for underground, where she ended her life

R for regrets, of which I have none

D is the days that I’ve been on the run

R is the reasons I’ve harboured so long

Murder is never quite as it seems,
for all my life it’s haunted my dreams.

She hated me since the day I was born,
I was the object of all of her scorn.

The bitch had it coming, right from the start.
And that’s the reason I ripped out her heart.

“The unicorn police captain was shocked to find that two of his fox deputies were being held hostage. Who has them? Did they ask for a ransom? The werewolf SWAT team was ready. The fairies answered the phones. The goblins were in the way. So, when…”

“Stop right there, Mom. What kind of a story is that?”

“Well, you asked me tell you a story of unicorns and fairies…”

“Yes, but… the fairies answering the phone? Really… Mom? Rewrite it. It’s crap.”

And that’s how the fairies ended up in the SWAT team, preventing the murder of two fox deputies.

Murder
———
The Black Man was called that because he had the blackest heart there ever was. He lived in a wooden cabin among the marshes, and had built a huge corbel, a dovecote for crows. He kept them starving, and if any traveller came near, he would waylay them and shut them up in the corbel, and that was the end of them.

A tale for children, maybe. But if, in some marshy wilderness, you should come upon a building like a giant, black beehive, get away while you can, lest the Black Man feed you to his murder of crows.

Mickey dashed across the field disturbing a mischief of mice, a scurry of ground squirrels, and a husk of jack rabbits.
He batted through a scourge of mosquitoes and a bite of midges.
In the setting sun, a cloud of bats chased the mosquitoes and midges in pursuit of their dinner.
Reaching the forest edge Mickey roused a murder of crows–though it may have been an unkindness of ravens, or a parliament of rooks–he didn’t get a close look at the black birds.
What Mickey needed was monkeys, but there wasn’t a troop, barrel, carload, cartload or tribe in sight.

Edna Simmons died giving birth to twin daughters.
Don, her husband, did his level best to raise the girls right and proper.
He wanted to make sure that when they were ready, they’d make good wives.
Just as their mother had been a good wife to him.
But when the subject of their mother’s wedding ring came up, man, those two would fight.
Both got engaged as fast as they could, and hired a hitman to bump off the other sister.
Coincidentally, the same hitman.
He killed the both of them, and their father, pocketed the money, and the ring.