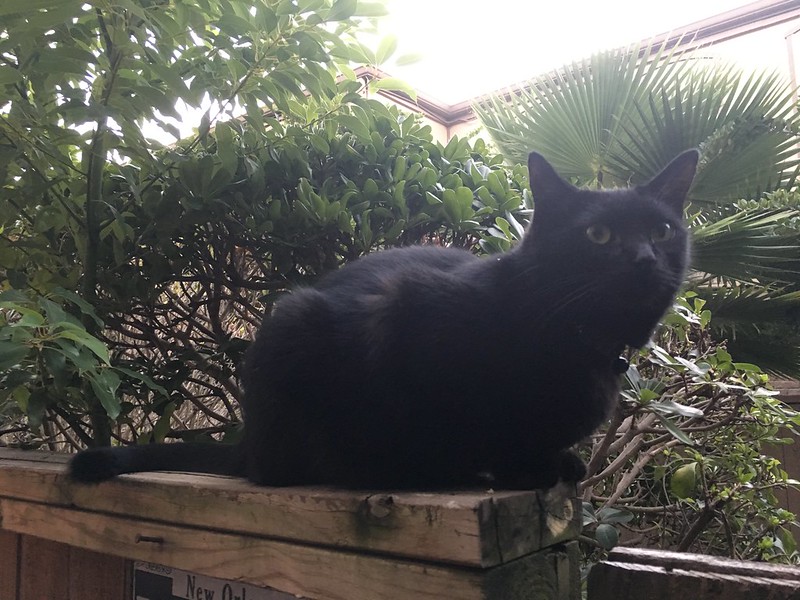 The passengers boarded the 3:50 headed west and waited for the train to pull out of the station. Then, as always, the train stopped about five miles down the line to allow the 4:00 express train to pass. Couldn’t the railroad just switch the two trains? Everyone who wanted to be home earlier could catch the speedy 3:50, and the cheaper folks could follow behind at 4.

Gutierrez laughed. What was the point of getting home earlier? The guys never showed up at the local until around six, so he made the most of his extra time by studying the ankles of the well-dressed lady one row in front of him.

Express Yourself
By Ross Hastings

Acknowledging the fact that her early material rarely brims with subtext or irony, it seems fair to assume the sincerity of her most earnest encouragement.

The problem is, asking most people to express what they’re really thinking is like like encouraging an alcoholic to drink, or a Japanese businessman to sing “I would walk 500 Miles” by the Proclaimers, or, asking a toddler to shit himself. Their responses, rarely hesitant, will be aggressively enthusiastic, your approval of the results assumed up-front, and your inevitable suffering when they shit themselves socially, publicly and literally, won’t be Madonna’s fault. It will be yours.

Don’t go for second best, baby, put your love to the test.

You know you got to make him express how he feels, and baby then you’ll know your love is real.

Freedom of expression is, after all, constitutionally protected, as noted legal scholar Madonna pointed out.

But, perhaps more importantly, self-expression is a responsibility. As citizens of a free society we’ve a duty to make our voices heard.

What I’m saying is basicaly nonsense, but that doesn’t take away from the fact that I have the right to say it…

The end of the world

The white plumed sigh from Platform 3 was almost louder than the announcement.

But the parents of the girl shivering by the leaf strewn track behind the Industrial estate (just after the turn) got to outlive their daughter. Her life now was hard. But it got much better.

On the bus a couple met for the first time although they lived only streets apart. Shared first this journey then a life full of happiness.

Some did miss the gold of the leaves.
The smell of the coffee.
And were just late for work.

Grandfather was a huge fan of Agatha Christie. He had all of her works, even a couple of first editions. So, when it came to his eightieth birthday, we clubbed together to buy him and grandma a trip on the Orient Express.

It had always been his favourite story, but we had no idea just how he’d taken it to heart.

The first we knew that something was wrong was when he was escorted from the train at the end of the journey by a policeman… Without grandma!

They said she was murdered, but the culprit? That remains a mystery!

My grandfather was a funny chap, when he retired he found it hard to adopt a life of leisure.

He refused to take things easy and whenever something interesting was happening, you’d be sure to find him there, keeping notes, taking photographs and generally being a nosey old bugger!

After he died, we cleared out his house – there were boxes crammed full of the fruits of his labours: Accounts of every noteworthy event in town, births, marriages, deaths and disasters – all meticulously recorded.

It was my grandfather’s express wish that his ashes be scattered at the peak of Kilimanjaro, upon the last snows of spring, under a full moon.

Needless to say, we had no intention of seeing his wishes fulfilled, until his solicitor advised we wouldn’t see a penny of his fortune unless we complied.

It took months of organising, but finally it happened – exactly as he’d wanted.

The thing is, grandfather was no fan of mountaineering, had no interest in Africa and hated snow… But he loved a practical joke, and I guess he’s laughing fit to burst right now!

One Glorious Shinning Moment
Jessy and Jacob flew for the Great Eastern Express Corp. The Batloft Express ran relay flyers from Denman on the plains to Cordovetus on the coast. Tandem flying down the central circuit insured that mail would reach its appointed destination. Jessy, the bolder of the team, tended to keep his Batloft closer to the ground for speed advantage. Jacob flew a bit higher which gave him a strategic advance. They averaged 20,000 clicks a trans-cycle, the best frackn relayers on the transvelt. With the completion of the Great Western Clack Corp’s Heliograph Net the Batloft Express faded into history.

I wish you people would get it right, it’s the one thing guaranteed to raise my blood pressure.

Never ‘expresso’! There’s no such thing… It means nothing and shows you up as an ignorant fool, without whom society would be better off.

In fact, maybe I should do something about that?

Go ahead, order an ‘expresso’, and let’s see what you get… Maybe I’ll lace it with cleaning fluid, add a shot of bleach and a sprinkling of glass splinters.

You won’t notice – you wouldn’t know coffee if you drowned in it!

What really bothered the genii should not have bothered him. All djinn had been trapped by King Solomon, so his imprisonment was a given. It was the unique nature of the prison that was the problem. Solomon’s most famous geometry was his seal, but he had been imaginative, and long before that latter day saint of topography had given his name to it, Solomon had devised a Klein bottle: in which he had put the genii. As it was inside itself, there could never be a way out. But Solomon had also pioneered building ships in bottles: thus eternal seasickness.

The Fastest Tap in the West

When you dance dressed as a female they call you a pony. Fred learned that watching “A Chorus Line,” and went out and got himself a job. Most of the guys wanted to be Ginger Rogers, so everybody could dance; but Fred wanted to be Ann Miller, who had the fastest foot in Hollywood. He heard that she could unhinge her hip, but without that he still got the 500 taps per minute and that made him a star, even if in a limited niche of theater. He was fondly remembered at his death, aged 90, as ‘The Pony Express.’

One day, the express train stopped. Even the stopping train didn’t stop there, ‘less you telegraphed a request. It had broken down, and was waiting for another engine to come. So I hitched.

The big city, it’s like, even seeing it, I couldn’t imagine it.

So, I’m just a boy, and I got nothing. I gotta live, so… anyway, weren’t no worse than home.

Eventually I take another train, bigger places. And now here I am, starship captain, boldly going. There’s always a bigger place to go.

Would you like to offer a special someone a trip to an unknown destiny? We have what you’re looking for. Rates for all budgets. We have a promo with our Express Rate. The ride might not be first class, the company somewhat off but… it’s all part of the adventure, right? We’ll take your special someone to vaguely puzzling yet strangely calming accommodations where he’ll be able to enjoy the serene tranquility of our lodgings, alongside a large crowd of other peaceful campers. Oh, and we’ll even provide a sturdy shovel for the… gardening hours, a highlight of our program.

After warming himself in the blanket, eating the ramin, and drinking the water, Mickey came to his senses. He didn’t know where he was. To find his way home, his best chances lay at the hideout he had just fled.
Finding his way back through the darkness he crouched in the brush, watching people mill about the shack. He couldn’t express his disappointment to find among the criminals both Ferrit and Cherry Cola.
He wanted to run out and confront these girls who he’d thought were his friends.
All he could say was, “Ooooo, oooo.”
He was still a monkey.

Years ago, the Round Rock Express were founded by Nolan Ryan and his son Reid Ryan.
They were the minor league team of the Houston Astros.
But then Nolan Ryan joined the front office of the Texas Rangers.
The Round Rock Express became the minor league affiliate of the Rangers.
Then, the Astros hired Nolan and Reid Ryan for their front office.
The Express will return to the Astros in two years.
All this time, the Corpus Christi Hooks have been owned by the Ryans, and it’s been an Astros minor league team.
But nobody gives a crap about Double-A.