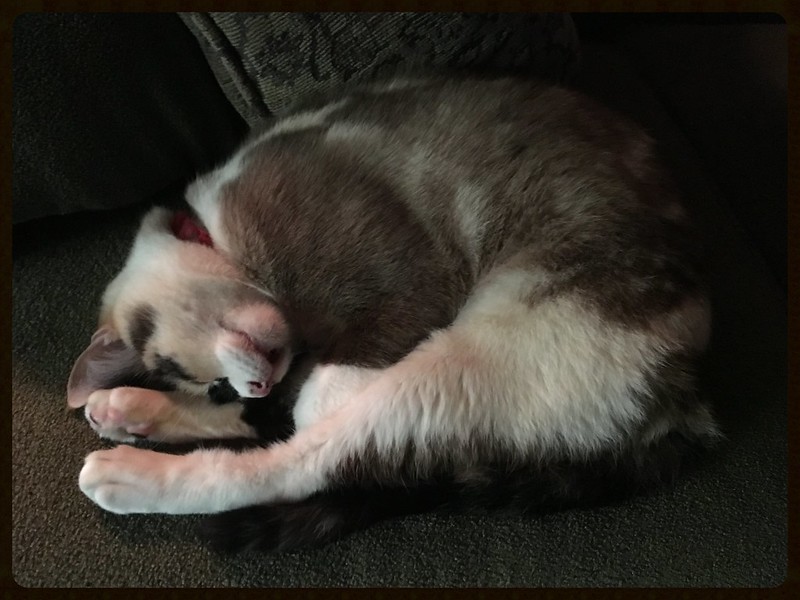 The Reason for the Season
By Christopher Munroe

It’s not about candy.

I’m a grown-assed man, if I want candy I’ll have candy. I have money.

Similarly, it’s not the costumes.

I mean, a little, but not really. I already wear what I like, and I’m unselfconscious enough that what I like gets weird if I want it to.

It’s the sense of community. The fact that, once a year, my local goth bar’s going to be packed. It’s sharing a moment, however briefly, with the world, knowing that today everyone’s on the same page as me.

It’s about other people listening to Oingo Boingo too.

Lights Out
by Jeffrey Fischer

As soon as the sun falls below the horizon, the ghouls sprout on the sidewalks. At first they come one at a time, wee things in sheets or tiaras and glitter, bags of candy thrust shyly toward the door. Parents offer encouragement from a few feet away. The next wave comprises packs of giggling tweens, more assertive than their younger counterparts but still respectful of the process. The occasional parent loiters in the street, keeping a watchful eye on things.

I try to give the little kids a small scare – creepy music, skeletal hands that give out candy – but when the packs of marauding teenagers arrive, it’s my turn to be scared. I shut off the lights and hide until they’ve all gone home.

Every year it’s the same – I draw the curtains, lock the doors, switch off the lights, and open the whisky.

A prisoner in my own home.

Thank goodness it’s only one night a year – I couldn’t stand any more than that.
At least, when I wake in the morning with a crippling hangover, I can reflect on that.

And then, it’s down to the off-licence for more whisky…

Well, I’ve got to be ready for Christmas, and those damned carol singers!

Pumpkin
We didn’t have Halloween here when I was young. But now my son wants the house decorating, which I’m fine with, there’s certainly no shortage of cobwebs.

It’s the Pumpkin that stumps me. We look online for tips. He sees the design he likes and I weep inside at the intricate detailing on the devil’s furrowed brow.

So, I start while he’s at school.

And later as he and a pal test the treats they’re impressed with my handiwork. They can’t believe how realistic the blood staining the pumpkin flesh looks whilst both fail to notice my hastily bandaged hand.

I Want To Be a Hobo This Year.
When your little Halloween participation seems like an infinite given. A life time of going door to door to get free CANDY. How great is America. But in reality you got 7 years tops to cash in. When you reach that threshold you shift into the role of kid sister wrangler. But all that is good for is another four year. Sure handing out candy as an adult derives a curtain adult satisfaction. But does it really fulfil that empty Halloween longing. Sigh. Think I’ll just put a pillowcase over my head and drain this bag of mini three musketeers

Halloween. Los Angeles. Skid Row. Look it up, it’s a ‘hood, on the map. The Year of the Creepy Clowns, providing every would-be serial killer a chance to play in disguise. Staggering stoned down the old railroad tracks, a lone goth girl, maybe fourteen, black hair, black lipstick, black lace and leather. Black eye makeup. The clowns close in, a mutiny of them, all kinds of knives at the ready, each wanting to be first. She sees them circling. She pulls out a can opener, sharpened, flips open her straight razor.

“Do I get to cut someone now?” she asks

Wake up, Lucy; wake up, Timmy – it’s time for your special annual outing!

You’ve been such good children this year that you can have all the candy you can collect – just as long as you’re polite and you don’t frighten the neighbours quite as much as last year!

Now, hurry along and get ready, and then as soon as it gets dark you can go outside.

You must be back by ten o’clock, so I can get you both back down to the cellar before bedtime.

And there you’ll stay until next year!

They looked over their shoulders and couldn’t see any clown but this was to be a “horrifying experience” said the brochure, so they thought it was all part of the show.

When the lights were back on, he was the only one alive.

The Ouija board slowly wrote “Congratulations. Your ticket had a special prize. Come back soon!”

Halloween
———
“What’s the scariest thing you can think of?” I said slyly.

“Use your imaginations!” I said. “How about poisonous mushrooms, that dissolve your body from within, and you turn into a puddle of green slime! Can you imagine something worse?”

“Caterpillars that burrow into your ears and eat your brains!”

“Giant wasps, like those icknew-whatsits in biology class. They lay their eggs in you and you’re eaten by the wasp maggots and you’re awake the whole time and you can’t move–”

The class had just about frightened themselves to tears. Time to release the tarantulas!
———

I bought a pumpkin for Halloween, but I never got around to carving it.
So, I pulled out a marker and drew a scary face on the pumpkin.
I admit, that’s lame, but it actually looked kinda cool, even though it didn’t light up or anything.
It wasn’t messy at all, and it kept its shape through October nicely.
After Halloween, I opened up the pumpkin and harvested the pulp to make fresh pumpkin pie.
The seeds, I roasted and salted.
Maybe instead of carving a turkey for Thanksgiving and making a mess, I’ll just draw one on the pan.