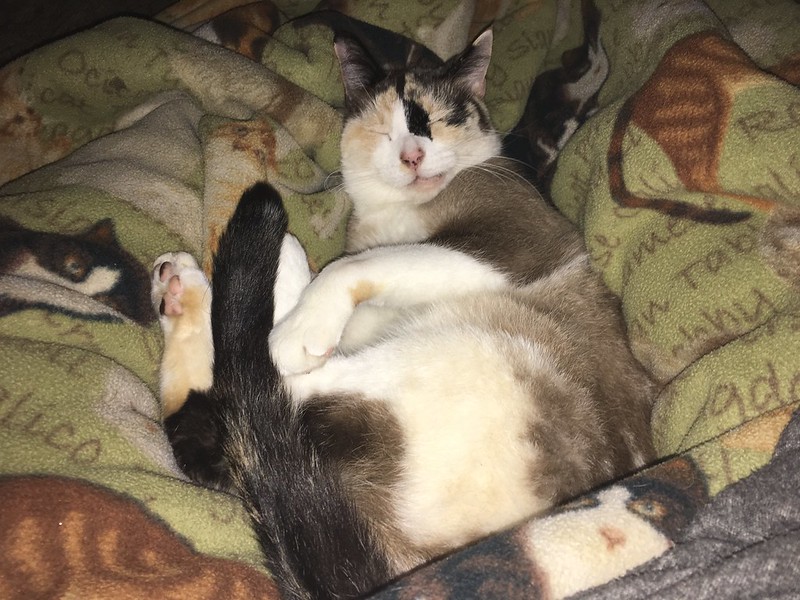 Whilst Painting a Fence
By Christopher Munroe

It occurs to me, now that I’m the midst of the project, that painting a fence isn’t nearly as fun as that kid made it sound.

I mean, he made it seem like the best fun a person could ever dream of having, and I’ll admit, by the end of his little speech I was begging to do the job for him…

Now I’m growing to suspect I may have been had.

Still, I would hate to feel I was missing out…

I’ll finish the fence, and judge the experience as a whole, rather than jumping to conclusions.

In an alternate universe, Vincent gets to speak with Kee. He presents his case eloquently—the man knows four languages for heaven’s sake! She becomes mesmerized by his vision to become the world’s greatest painter. Doesn’t notice the candle burning low.

“You still on your own in that ugly yellow house?” Vincent asks him.

Paul hangs his head sadly. Glances at Kee in the kitchen. “How did you do it, mon amie? How’d you keep your hand above the flame long enough to convince her?”

My girlfriend told me that tonight we were going to paint the town red. Even though our town is small, I thought that was a dumb idea, but she was hot and her body language suggested a good time afterward. I bought as much red paint as I could find and decided to make a head start without her. The earlier started, the earlier finished. I began with the police station. For some reason, the sheriff wasn’t on board with the plan. Worse, for some reason, my girlfriend was mad at me when she bailed me out. Women!

I painted my house “opaque couché.* This shit brown, sewage-tinged hue actually has an important function, now that I’m living next door to the biggest choad in town. He stole the vote for the mayor ship in the last election, and he’s a closet hetero-phobic.

I am protesting this man and all he stands for. Every time he sees my house, he will choke back an urge to spew on his cardigan vest.

Next Spring, I am planning to install a small pond in the front yard. Of course the water will be dyed to match.

I’ve never been the artistic type. Give me something practical or scientific, and I’m in my element, but anything that requires an artist’s eye or creative flair, and the results are invariably a complete disaster.

Whether it’s music, sculpture, dance or needlework – the outcome is always the same: I set out enthusiastically and full of hope, only to become disillusioned, angry and bitter. And my hard won creative efforts wouldn’t impress the kindest of critics.

And as for brush and canvas – frankly, I wouldn’t trust myself to paint a plain wall with a coat of emulsion!

It’s all in the spin

I have a great fondness for dangling participles. Take this for instants, please. I painted the room with my brother. Later I painted another with my sister. I tried painting the kitchen with the dog, but he wouldn’t fit in the paint can. As a kid a loved the joke from film Mary Poppins. Set up: I knew a man with a wooden leg named Smith. Punch line: What was the name of his other leg? So if you’re free tonight I’d love to paint the living room with you. Or we could just have Donald Trump over for dinner.

The best is when your prospective sex partner is also your enemy. Then you can barely wait.

I’m late to collect and children pass me in the street clutching paintings that drip glitter and feathers.

I see my daughter through the window.
Alone in the playroom.
Back to me.
Head down.

The frowning playleader nods me aside as my heart plummets.

“I’m afraid she hasn’t done an about me picture. She covered her hands in glue first thing and has then spent the morning picking it off.”

My laugh breaks her concentration and she runs over. Smiling. As we walk home her hand is slightly sticky. It tells me more about her than any picture ever could.

Paint
———
Effective icons must be made with the best materials. Our wooden panels come from crucifixions and gallows. The paints are based on fat from companion animals. (Baby fat is available only to iconomancers able to compel us to provide it.) Our lapis lazuli is mined by slaves that are then buried alive, our gold leaf is beaten out from the jewellery of hanged murderesses, and we obtain cochineal from fire ants bred by the torturers of Hamat Zool. All icons are guaranteed to channel demons from at least the 4th circle of Hell.

At Icons-R-Us, every Friday is Black Friday!

When my date suggested painting the town red, he had no idea what he was letting himself in for.

His idea of a good time was very different to mine, as he soon found out, but I was in my element, and I was having fun.

I feel bad he’d made the effort to dress up – his suit was pretty much ruined from all the bloodshed, but that’s the price you pay – if you’re going to paint the town red with me, you simply have to accept that everything else is going to end up red as well!

The agitated middle-aged chubby painter waved his arms while he explained what happened.

“The man said hands in the air. Drop the paint. And when I did, the can exploded. There was paint everywhere. I thought he was going to kill me but I couldn’t quite understand why. It’s not like I’m worth a fortune…”

The cute policeman nodded but the distraught painter suspected he was probably doodling instead of taking notes.

When the officer walked away, nodding, the painter sighed.

“I wish that wasn’t my last can of paint. Police uniforms can be amazing canvases,” he whispered to himself.

Mickey settled down in the seat behind Cherry Cola, watching street signs on the highway fly past in the night. The clock on the dash glowed two thirty A.M.
The van suddenly filled with light as someone behind them flipped on their high beams and didn’t turn them back down until they had shot past. Once in front of the minivan, they jammed on their brakes, forcing Ferret to do the same.
In the van’s headlights, they saw the tailgate of a Chevy pickup with rusted and pealing paint, and a bumper sticker that read, “I don’t brake for nobody”.

Remember when the coyote would paint the image of a tunnel of a rock, and the road runner would zoom through it?
Where did the coyote get the paint?
Or all the other wacky things he used to try to catch the road runner?
ACME?
Okay, so how did he pay for them?
Where did he get the money? Or the massive credit line to borrow from?
If he could afford all those devices, he could afford to buy food.
Maybe he was a beta tester for all those devices?
And every report the coyote send back was always: FAIL.