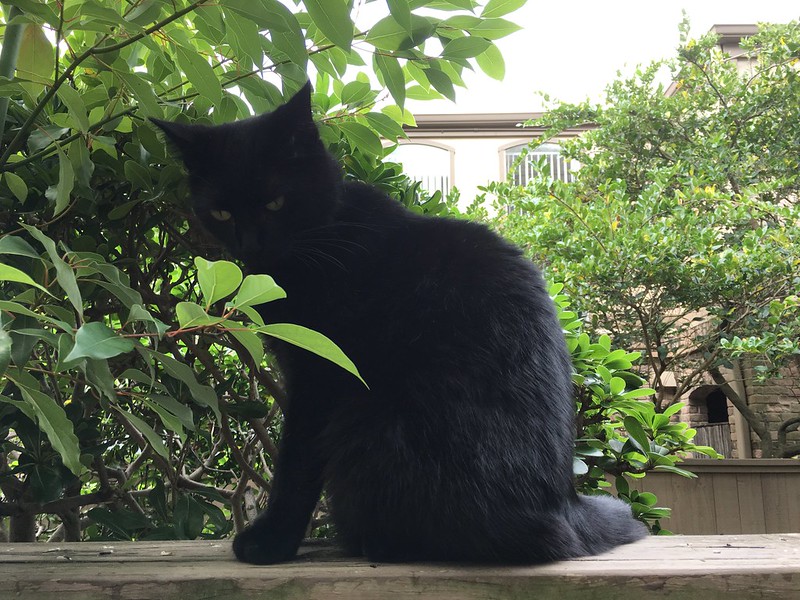 Billy wanted only one thing for Christmas: his Dad. You see, Billy’s Dad was deployed in Afghanistan, and Billy had not seen him for a long time. Billy’s Dad decided to surprise his son by arriving at the boy’s school dressed as Santa. Santa read the class a story, then the teacher asked Billy what he wanted for Christmas. “An X Box One,” he replied. “Anything else?” the teacher prompted. “Oh yeah, my Dad home.”

Santa took his cue. He removed his white beard and eyebrows, and the rest of the class gasped. Santa was really someone else? Then Billy’s Dad kept going, removing his nose, his cheeks, and his jaw. The bony face stared at Billy, who screamed in terror. Billy’s Dad might have been killed in action six months before, but there was no way he would miss Christmas with his son.

The Grand Christmas or Christmastide Special was the yearly service and favor Eddie administered to Judi around Yuletide. Eddie always supplemented his gift each passing Christmas. He planned to introduce technology into this year’s favor, along with the customary, beefy, Yuletide Log, and a few odds and ends from the technology and electro-mechanical realms.

Eddie started with a few items he hid in the pantry. He began with the special ingredients. Imported chocolate and truffles where the components of the salted almond truffle tart.

He ground the beans, measured and heated the water and brewed a carafe of hand-poured coffee.

Die Hard is my favorite Christmas movie. This isn’t controversial.

It takes place during Christmas, at a Christmas party, and as the film unfolds Bruce Willis learns lessons about family in true, if atypical, holiday fashion.

My second favorite Christmas movie? Gremlins. A whole town coming together over Christmas, working as one in the spirit of community.

Third favorite? The Girl with the Dragon Tattoo.

This one’s slightly questionable, but it DOES begin and end during Christmas, even if what happens between isn’t particularly festive.

And, in terms of “Most Nazi Sex Dungeons,” it’s the greatest Christmas movie ever made…

There’s a factory near me that makes Christmas decorations – ‘Festive Productions’.

You’d think it’s a seasonal thing, but production lines are open all year – it takes that long to amass enough stock for the holidays, and you’d be surprised how many Christmas trees and fake snow are sold out of season too.

I was offered a job there, but turned it down – can you imagine a whole year of tinsel, fairy lights and Christmas ornaments?

It must drive the employees mad, especially at Christmas, when there’s no escape.

The last thing they’d want to be, is festive!

If a liar tell you he is lying is he telling the truth? If an honest parent tell you they have lied could they be lying about lying? Case in point: Santa is real. Verified by highest local authority your parents. Time passes the story changes. Santa isn’t real. Has a parent lying about lying? Where in this chain does truth fall? I for one believe parents have indeed lied about lying and Santa is real. Where would Christmas be without Santa? A cold dark winter night without presents. When’s the last time you got gifts on someone else birthday?

And to All a Good Night!
By
Jon DeCles

Our nest has never been empty. Some live at home, some come for the holidays. Last year one of the little no-neck monsters let out my prize python and the whole of Christmas Eve was a snake hunt. This year will be different.

In England people come home and tell horror stories around the hearth. I have some great stories prepared. They will all be ready to rush off to bed, ready to let Santa come and save them.

A fellow herpetologist has loaned me enough vipers for all the beds. Next year the nest will, at last, be empty.

You shouldn’t believe the rumours that I don’t exist – that’s just a bunch of spoilsports, determined to ruin the fun of Christmas!

So, if you keep your side of the deal, I’ll keep mine. So, don’t forget to hang up your stocking, leave out that mince pie and a tot of brandy, and don’t forget to go to bed early.

Then I promise I will come down your chimney and eat and drink the goodies.

Then I’ll stuff your stocking in your mouth, put my hands around your throat, and squeeze until you’re dead.

Behind You
Christmas windows like stage sets line my icy walk home as I button up tighter.

I come out like the gritter lorries.
The Santa suits crumpled at the far end of a boarding house clothes rail.
I’m eggnog and a mince pie.

I miss the lights in shops that twinkle like stars through misty mornings. I pass as shoes are dropped and princes piss against bins.

Every year the lines the same. The joke almost, at the end of the pier Christmas show. The once famous. The has beens. And the nearly made its.

Christmas to me, just means work.

Sit down and close your eyes. Listen to the sounds of the season. They’ll ask questions, many questions. The glitter on your nose? DIY presents. The wound on your thumb? Damn sharp box cutter. The red on your hands? Painting stuff red. There should be some green somewhere. The purple bite on your lower lip? An over-excited kisser who spotted mistletoe and plunged into your arms. The ripped Rudolph-sweater? An over-zealous security guard at the entrance of the building. Nothing much. You’re not even angry that he destroyed your favorite Christmas sweater. But, remember, whatever they say, deny it all.

Christmas among the Desert Fathers
———
Abba Jerome went to visit Abba Macarius. “A young monk has told me of a new custom in the cities,” said Abba Macarius. “They call it ‘Christmas’, but I cannot say how it concerns our Lord.”

“I shall give you this rock,” said Abba Macarius, “for at Christmas people give things to each other.”

“Then I shall give you this rock also,” said Abba Jerome.

“They they have a meal together,” said Abba Macarius, and in silence they ate their daily fragment of dry bread dipped in olive oil.

So they celebrated Christmas.
———

Long John followed his master up the stairs to the woman’s apartment. The jangling bells on his collar were as embarrassing as the reindeer antlers protruding from behind his head.
His master knocked on the door and waited only a moment before the woman opened it. She bared her teeth. Barking, she picked up Long John. He assumed it wasn’t an aggressive move, as she had never attacked him in the past.
The woman squeezed him to her chest. Then, still barking, she put him on the ground.
She turned to his master, kissed him and said, “Merry Christmas, Dergle.”

I remember sitting by the radio with my father listening to rebroadcasts of Old Time Radio featuring Murphy Brown and her famous father. Their jokes were often wooden. Then hearing songs like I’m Jimmy Durante-claus. Also watching Charlie Brown and Claymation specials. When the kids were young we would watch my video of The Toy That Saved Christmas or borrow Christmas specials from the library. Now my wife finds so many dull shows on OnDemand and Netflix to watch instead of holiday specials that I’m in the other room listening to Bell’s in the Batfry and Teknikal Diffikulties Christmas shows.

Looking out the window, there’s a Coca-Cola billboard with a Santa in a red pickup truck, looking out the passenger window with a Coke bottle in his white mitt and a creepy stare on his face.
Everyone on this side of the building has to look out at this creepy Santa billboard, and they can’t wait for Christmas to be over.
Me, I don’t mind.
I don’t work on that side of the building, so I don’t see it.
And because of my kidney stones, I can’t drink Coke anymore.
So, stare all you want, fat bastard. I ain’t buying.