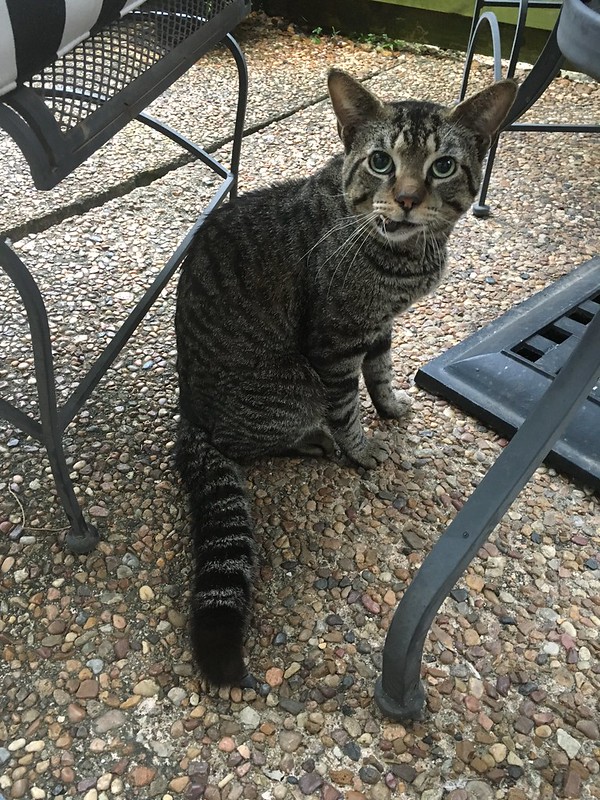 The Marching Morons
by Jeffrey Fischer

The March for Science had the most ironic name for a protest. The distance between fantasy and reality for the marchers was a gorge. Persons of pallor pranced down the street holding signs about Commander Data and Kryptonite. One claimed that Hitler was a big supporter of science. If so, his interests were sharply limited to methods of destruction.

Although these people clearly had too much time on their hands, they had no time to spare for actual science. They tolerated no dissention, no questioning of their conclusions. Their closed minds exhibited the very opposite of the true scientific method.

In Washington, The Gorge was the temporary home to the Tulalip Community College, field hockey games.

The emotions and pallor of the players suggested that the “quiz” they were mandated to take prior to the first field game was not the mellow and benign quiz they expected.

The team rogue, Duke, supplied the “clean” urine for the drug test. It came from the Girl Scout troop camped at the edge of the marsh. Caesar Disembogues brokered the deal.

They all passed the test and were allowed to continue the game, winning by 5 points in a very energetic, 2nd period.

Under the Sun
In the 1960s network executives were hard pressed to breathe a little more life into the hour drama. One of the formats they tried was the rotating hero. In the show the name of the game the three stars were rotated through the month Gene Barry, Robert Stack, and Anthony Franciosa. When Mr. Franciosa exited the show Robert Culp, Peter Falk and Robert Wagner filled in. Not to be out done NBC ran a show called The Rouges starting Gig Young, David Niven, and Charles Boyer. If you’ve never heard of any of these actors you’re probably a millennial

El Presidente Says There Isn’t Any Problem
By
Jon DeCles

Caesar stared down the length of the gorge. He felt his own pallor. This was not some high school quiz, not some stupid hockey game. He was not going to feel mellow after this encounter: if he survived. This was a rogue monster from the haunted marsh, come to wreak havoc on his tiny town, where all the duly elected officials were pretending there was no problem and letting the bloodshed continue unabated.

He saw movement ahead. He struck a match, lit the cigar his invalid father had given him, and hefted his machete. He blew smoke, then headed in.

There’s a rogue chef infiltrating local restaurants. Holding a grudge and out for revenge, but nobody knows who he is, or his motive.

He never uses the same tactic twice – today it might be listeria in the linguine; tomorrow, salmonella in the Caesar salad. You just can’t be sure where or how he’ll strike next.

Personally, I’m taking no risks – I only eat at McDonald’s… It’s crap, and I know it’s going to kill me, but at least I know what to expect.

Besides, it’s a cheaper death than eating a la carte at the local Michelin-starred joint!

Lilly studied a lot for the quiz about Nature. The prize was wonderful, a prize she had dreamed of for years. Well, she was only nine, but she had dreamed of it for quite a while.
There was only one problem. Tommy. Tommy was an expert cheater and he had won the last few prizes. She could barely look at his smirk.
While Mrs. Blake was not paying attention, Tommy sneaked a peek at his cheat notes and Lilly poked a finger in his ribs. He screeched in pain.
“Tommy!”
Yes, he was disqualified.
That was the best prize ever.

I’m writing this story on an unexpected day off.

I’ve just gotten a new tattoo, and while it does sting a little, it’s a good sting. I’m in a coffee shop looking out at the people passing by on 17th as I write.

In an hour I’ll be watching the Flames play the Kings. A friend unexpectedly turned up with tickets.

In the meantime, I’ll write stories about a party bus.

The sort I don’t get nearly often enough.

The sort I fancy I deserve.

Mental note to do this more often…

Everybody wants me on their team on pub quiz night.

It’s not that I’m particularly good at general knowledge or that I know my stuff. If anything, I’m pretty useless at all things quiz-related, and a bit of a liability if you’re stupid enough to rely on my answers.

So, why would anyone want me in the first place?

Simple – I’m a sore loser, and I really don’t like being beaten. You’d never describe me as mellow, laid back or chilled… More like ‘homicidal maniac’…

So, when the punches start flying, you really want to be on my team!

Marsh; pallor
———
The boggaerts of the Great Marsh are nasty, brutish, and short. They live mainly on bog lampreys, which they catch in this way. A boggaert thrusts his bare arm into the mud. Lampreys bite on, and he hauls his arm out with the catch.

Their greatest delight is waylaid travellers, whom they bury naked, and neck-deep. Lampreys burrow into the victim, whose screams are sweetest music. When he is almost, but not quite dead, they haul him out, and eat lampreys and prisoner alike.

Men in the surrounding countryside know them by their ghostly pallor, and kill them on sight.

I’m not going to quiz you on the episode which offended me. It should be pretty clear when I tell you I have a thirteen year old son who has autism and I don’t consider him retarded.
I realize the word ‘retard’ has different meanings to different people. Some people might even name their cat ‘Tard’ because of the physical abilities it was born with, but then tell everyone it’s actually short for Tarder Sauce, because the cat suddenly got famous.
I’m pretty mellow. So, I’ve been offended one time in nine years. That’s a good average for this podcast.

Under the bright moonlight, Alan found Randy thrashing around in mucky
water that came up to his chest.

“Randy! What are you doing?”

Randy paused, pointed to the water, then violently banged his head
forward and back.

Alan sighed. “I said we were going to a mosh pit, not marsh. We’ve
been waiting for you.”

“Oh.” Randy put a wet hand to lips in thought.

“Oh,” Randy said again. He sank down until the water came to his
chin. “Guess, I’ll just mellow out here.”

Alan rolled his eyes. “You have got to lay off the hash.”

Caesar lay outside the Theater of Pompey in a pool of blood, his face a sickly white pallor.
Sixty men with knives had attacked him.
Twenty-two wounds on his body, all superficial.
“You proved me right,” mumbled Caesar. “Out of sixty Senators, only twenty-two managed to nick me. It takes the firm hand of a dictator to land just one swift fatal blow.”
“That’s not a fair assumption,” said Brutus. “I’m pretty sure I hit you twice. Well, three times.”
And Brutus stabbed Caesar in the chest, severing his aorta.
“Much better,” said Caesar. “Wait, is that you, Brutus? Fucker.”