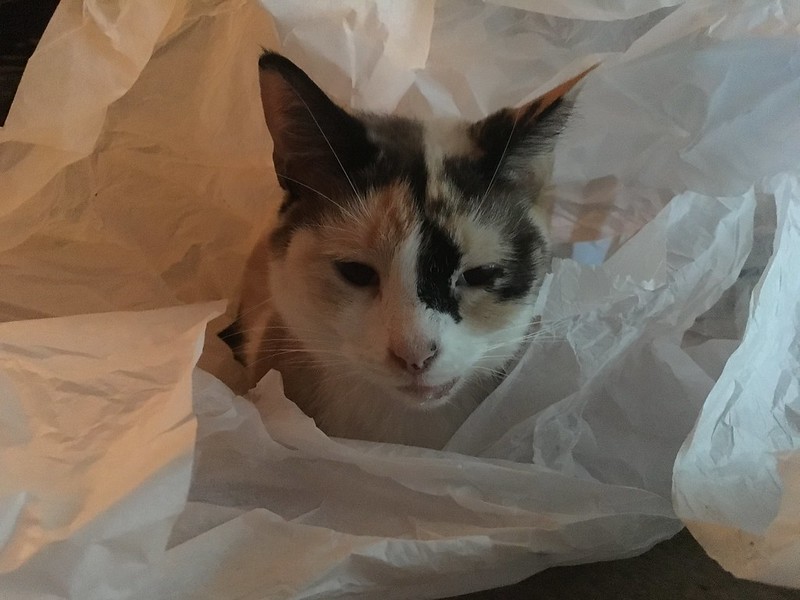 Ticket to Ride
by Jeffrey Fischer

Amy had just driven the BMW 340 off the lot and headed for the interstate. She wanted to find out just what the car could do. In 11.6 seconds she was at 100 miles per hour, weaving her way around the traffic that insisted 70 was fast enough.

One such weave took her past a car marked “State Police.” Oops. Sure enough, Amy soon heard the wail of the siren. She pulled over and handed the patrolman her license and registration. “Do you know how fast you were going?” he asked.

“Just a wee bit fast? It couldn’t have been much.”

The cop shook his head. “More than 20 miles per hour over the limit. That’s reckless driving in this state. I hope you have someone who can keep this car running for the six months you’ll be without your license.”

Suny Veranda bought the winning ticket at the mom and pop grocery. She checked the numbers, signed the back, stuck the ticket in her bra, and called the regional office in Olympia as her prize was over 100 million.

She made an appointment to claim her winnings, filled out the tax forms, got her proof of identity together and waited for the day of her appointment.
Monday morning, her friend Edna drove her to the office. Edna and Suny were crossing the parking lot to the office door and were struck down by a beer delivery truck, killing them instantly.

German prostitutes were given a ticket to ride by health authorities if they had a clean bill of health. They had to carry the card issued to them if they were to make a living in Northern Germany. The alternative was to go underground, stay out of the view of the police, and work at night, only.

Modern city girls don’t bother with such formalities and precautions. Neither do modern city boys.
For a small payment in Bitcoins, an outfit in Canada will prepare the proper medical credentials that certify you as free of VD so you may go clubbing.

It was a shared love of Beatles’ music that brought my wife and I together, but over the years her obsession with the Fab Four has taken over our lives.

I’m forbidden from using my beloved Ford – she insists, ‘baby, you can drive my car’, (VW Beetle, obviously); and sex is a complete disaster…

It’s not that she’s constantly nagging to ‘please, please me!’, but she will demand that every time, I need ‘a ticket to ride’!

In the end, frustration got the better of me. Turns out The Beatles were right – happiness, is indeed, a warm gun!

Ever get the feeling that the world is changing for the worst? Imagine, for example if ‘Charlie and the Chocolate Factory’ had been written today…

On seeing the flash of that Golden Ticket, as he unwrapped his – considerably smaller – chocolate bar, he’d have been on Ebay within minutes, auctioning it off to the highest bidder.

Willy Wonka would have been sued into oblivion for violating health and safety; and damages payouts to the traumatised kids during the factory tour, whilst the Oompah Loompahs would be demanding equal rights as members of a minority group.

After nipping into the newsagents for my morning paper, I returned to find a warden writing out a ticket.

“You can’t park here”, he said with a sneer.

“I clearly can”, I replied, pointing to the car parked, somewhat badly, but quite definitely ‘parked’, by any definition of the word.

“I mean, you can’t park here legally”, he objected.

I smiled: “That’s great… Because the car is parked illegally, isn’t it?”

“Not really”, I replied, walking across the road to my own car, before he had a chance to write a ticket for mine too!

Here at Styx Incorporated, times are changing – we’re working hard to bring the Afterlife into the twenty first century. We believe death should be a modern, streamlined process.

So, now you won’t be paying the Ferryman – he’s been replaced by an autonomous transit pod – instead, you’ll buy your ticket up front; the more in advance, the better the deal.

Of course, that means a certain amount of planning ahead for your transition to the Underworld, but it’s worthwhile.

Trust me, you don’t want to be caught without a ticket – Cerberus, our inspector doesn’t like fare dodgers!

He flattened the map on the table.
“This is where we are going.” And he thumped his index finger on the right spot a few times for emphasis.
The gang seemed bored.
“Get in the cars and… try to look inconspicuous so the police don’t stop you, ok?!”
They all nodded.
When he arrived, he saw no one.
“Damn retards… They got caught. When you want something done, do it yourself.”
He walked inside the bank. Empty.
He got caught too.
“One-way ticket to hell,” one of them had the gall to tell him when they met again in jail.

Sometime You Just Got to Use The Taser

“Melon Head is the name given to legendary beings in Michigan, Ohio, and Connecticut generally described as small humanoids with bulbous heads, who occasionally emerge from hiding places to attack people.”

I’d have liked him better if he had worn a loud plaid suit, such as one has a right to associate with carnival personell: but he was dressed like any shabby street person, somebody picked up to fill a temporary job. The way he looked me in the eye when he said: “Punch your ticket?” left me wondering whether he was making a pass or planning to mug me.

I gave him a half smile, hoping to disarm whatever might be hiding in his not-so-sub conscious.

He stayed in my mind until I encountered him in the maze of mirrors.

Ticket
———
The nightclub was by invitation only. Its scandalous reputation was spread mainly by those most desiring an invitation. I remember when my friend Gustave suddenly gave me a ticket, for I had not suspected him of mixing in such circles.

But when I presented it on the appointed night, the doorkeeper stood fast.

“‘ADMIT ONE’ is the price of admission,” he reproved. “Admit a fault, a secret lust, a betrayal. What you admit is up to you, and what is up to me is whether your admission is worth admission. None are so poor that they cannot meet this price.”
———

We bought a new digital pressure cooker because it’s supposed to cook a chicken in 30 minutes. That’s great, but you have to add ten minutes to warm it up, ten minutes to sit afterwards, and another ten to broil the chicken to get a crispy skin.
It took longer than I planned to make dinner and I had already bought my ticket to the new Spiderman movie.
We made it to the movie on time, but I didn’t have a lot of time to write my 100 word story.
Ultimately, the movie was a lot better than my story.

His guitar. His voice.
His tickets to stardom.
He played three gigs a night, seven days a week.
All the while, he posted videos of his work to the Internet.
Sold tracks off of a website.
Then, a record company came sniffing around.
They wanted a piece of him.
But they wanted too much. He refused to sign.
He woke up in an alley, covered in blood.
The six fingers still on his hands all broken.
He tried to shout for help through a crushed throat.
These days, he’s an agent.
The shit he’s been through, nobody tells him no.