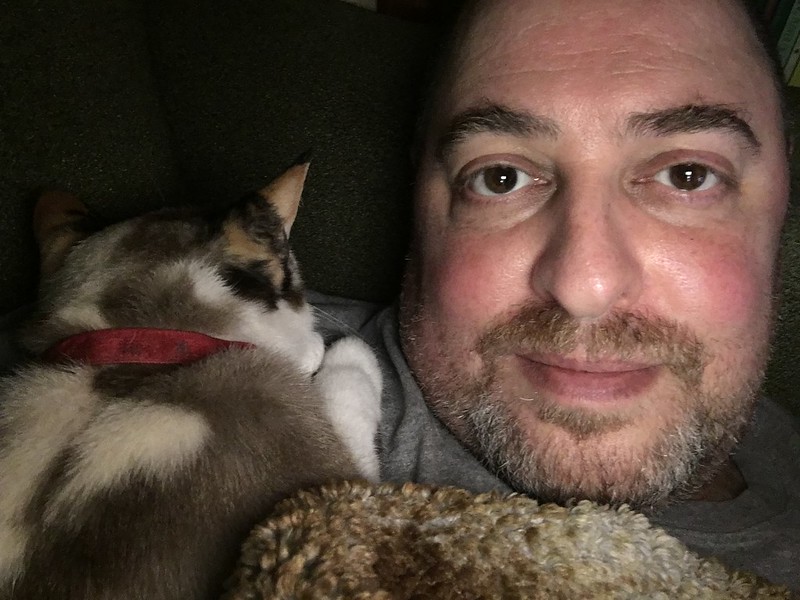 I looked at polo shirts on the Brooks Brothers web site. The shirts came in a myriad of colors but the prices required a second mortgage for a fistful of cloth. Reluctantly, I closed the window.

Later, as I opened a blog entry on the mating habits of arachnids – hey, it’s a long-standing passion – I saw an ad in the middle of the page, for none other than Brooks Brothers polo shirts. The same thing happened when I browsed for fountain pens and later read a lengthy piece on cross-dressing anarchists – NOT a passion, mind you, but broadening one’s horizons never hurts.

No, those barnacle ads are not creepy at all.

It’s a little known fact that there were, in the beginning, eight dwarves sharing that cottage with Snow White.

Along with Sneezy, Dopey, Bashful, Doc and the others was another dwarf who was always a bit of an embarrassment – he was the really ugly one whose appearance made children cry and grown men cross to the other side of the street.

Which is precisely why Disney wrote Creepy completely out of the story, and nobody has ever seen him since.

But actually, he’s been doing rather well for himself.

Ever since he sealed a publishing deal with Stephen King!

Nina Titwash was creepy. A lazy eyed, spongy gummed grandmother; she worked on Maggie’s Lunch Wagon on the West side. She’d sneeze and cough, light up another Camel, and throw Elk Burgers on the Grill.

She’d wash her hands once a day, but only incidentally if she got something icky on them when reaching into the back of the wagon’s reefer.

Titwash was a native Texan. Her family lived off things they drug out of the city dump. One day, her dad found a duffle bag full of money, and moved out, abandoning the family and its secrets and crimes.

Romy Wovencrotch was a Seattle hippy. He spent an hour each morning doing his hair, tweezing his eyebrows, and putting on wristbands, analog watches, silver rings and ear jewelry.

The creepiest of creeps, he creeped around coffee bars, bicycle shops, Thai restaurants, and music venues. He was a picker of pockets and picked the pocket of pocked marked procurer at the produce market. He was caught, shaved head to toe, dipped in plaster, and planted puss down in a pig pen at the wildlife zoo, North of town.

He was found a month later, half eaten by the big sow.

Thus the ticket taker in the mirror maze.

Some People; You just Can’t Please.

“Smile!” I don’t like to smile, especially for someone trying to steal my soul for a momentarily tourist capture the moment as staged as the last 20 WrestleMania; and if I had a folding metal chair then I would be smiling for real. “No wider.” So I raise up my best 4th Grade Photo Day Smile. You know the one your parents show to perspective girlfriends “OOOOO that’s so creepy.” Not as creepy as what I am about to do with that camera of yours. “So serious.” I ponder how long it will take to find the body. Hope they take photos.

Creepy
———
“The first card represents the present,” said the fortune-teller. “The Astrogator, spying out the future.”

Well, no-brainer, here I was consulting her.

“The second is the immediate past. The Knight of Batons, reversed. A soldier defeated.”

A reference to my ignominious exit from my last assassination mission? The soothsayer continued.

“Then the three futures. 16 of Tentacles. Entrapment without escape. This is the best future.”

This was getting seriously creepy. I decided to postpone my current mission until the stars were once again right. But first, I shot the fortune-teller. One can’t be too careful in this line of work.

You could put it down to my fascination with blood and gore, or my fondness for stories of murder and mayhem.

Perhaps my unhealthy obsession with knives and the darker side of the soul causes them to wonder about my motives.

Or maybe, it’s just that I come across as something of a psychopath?

But, I don’t think that it’s really any of those things.

What really freaks people out, is that they’ve never heard my real voice, or seen my face… You have absolutely no idea who I really am.

She just waited there, wearing this huge hat while sitting between the over-sized figures of Death and a Bride.
The display was a performance, they said. All she had to do was sit down and be quiet. And that’s what she did. Well, at least until Death started coughing.
She stood up and peeked in through the eyes of Death, wondering if anyone was inside.
“Are you OK?”
To which Death replied, amidst intense coughing, “Help me.”
Everyone fled. Too creepy, the critics wrote.
Apparently, Death had planned to rob the jewelry-clad celebrities attending the opening, and Death almost died.

Shooting, stabbing, even setting fire -which almost burned down my
house- did nothing to eliminate the hideous creature dwelling inside.
I tried humane methods first, but authorities couldn’t see it and I
got fined for false calls. Invisible when attempting to evict and
invincible when trying to kill, if left alone, friends saw the
monstrosity.

I didn’t need to tend to it, but I couldn’t ignore it. So, I did the
next best thing and made a spectacle of it. You want to see something
unnatural and creepy? Ten dollars will get you a ticket for a half
hour viewing.

She awoke in the bedroom to the sound of the bathtub faucet shutting off.

The bathroom had been dimmed and filled with flickering tea light
candles. Lavender and chamomile aromas were swept up with the
spiraling steam from the bubble bath. The tub was empty. She smiled.

Her husband called for her. “You home, babe?”

“Upstairs,” she called back, lowering herself into the bath. She so
felt sleepy as her head sank below the water. Blood swirled up from
her wrists.

He screamed her name when he saw her.

She awoke to the sound of the bathtub faucet shutting off.

Back in my neighborhood, when I was a kid, no one ever invited Wendell along, but he always showed up anyway. No one cared.
He wore a cereal bowl haircut and didn’t seem to have any neck at all.
He never said anything. He just nodded his head in agreement to whatever I said and smiled his creepy smile.
He must have moved away. I never saw him after eighth grade.
At my twenty-fifth high school reunion I asked around among my old friends if anyone knew what had happened to him.
Funny. No one else remembered him at all.

I named my first cat Mister Creepy.
His grey fur stuck out in all directions.
And his tail was a bent shock of fluff.
His claws were almost always out, gripping the carpet for dear life.
And his yellow eyes, as wide as can be.
He never walked anywhere. He always ran at full speed.
There were times that he jumped up on shelves and the tops of dressers.
Staring down at me, hissing and shrieking.
One day, I left the door open too long, and he escaped.
Crazy bastard never came back.
It was a relief to us all.