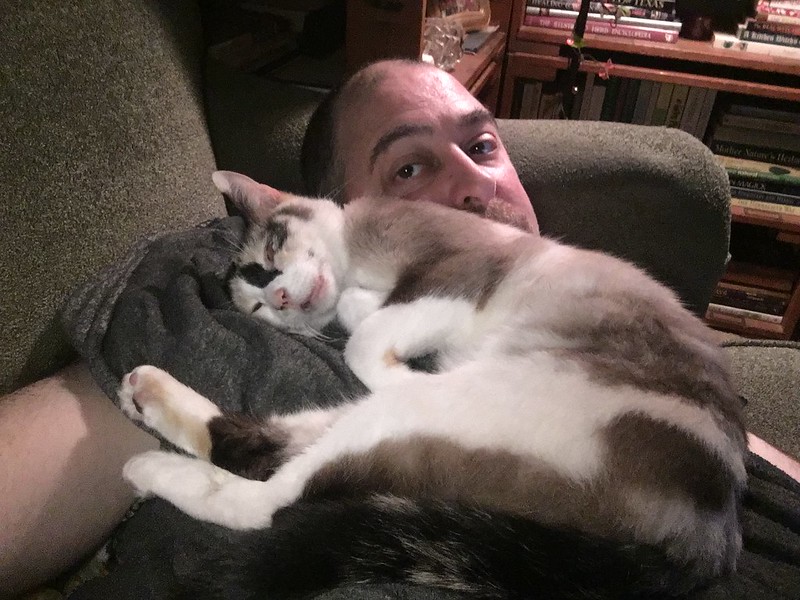 We were hired to move the Batfloff from Bender’s Station to New Denman. Little more than a cluster of tents at the railhead pointed straight at the Transvelt. Timmy and Frank had crossed the northern riff last night and Morely’s boys had emerged from the last of the Simon Dust Storms a few souls light. The food was filling but by all accounts not what one might call tasty. Of courses this was not the last of the lack of amenities. No down filled beds. Augus Denman needed harden cowpokes. So the bunk house was outfitted with Iron bunks.

The Spartan Women
By
Jon DeCles

They were not equal to their men: they were superior. They did the same athletics, ran around naked if they wanted to, kept their men away in military squads learning to be callous as iron; guys bunking with guys to divert desire unless summoned home to pleasure the women. Boys were sent away with the men at seven and trained to survive as loners, foraging in any enemy territory, learning to value only warfare, with only a wispy dream of ‘home’.
The Spartan Women could not tolerate in any way the stifling life of the Athenian Women.
That meant war.

The Loner
by Jeffrey Fischer

The bum stood apart from his fellow homeless men, a wispy-haired but powerfully-built man, he was a loner among loners. He unsuccessfully tried to divert attention from himself as the police upended the shelter. They searched the bunk beds and the residents’ meager belongings. Their goal was a murder weapon, believed to be a hard, cylindrical object. The cops found nothing and the squad soon left.

The loner smiled inwardly. He waited until the other homeless cleared the room until evening. He then gave the iron bar providing a leg of his bunk bed a twist, ensuring a tight fit, and left the shelter, a callous sneer on his face.

“The value of being a loner is difficult to explain, they tell me.”
The conversation went from bra sizes to philosophical states of mind in a heartbeat.
“In this job, we can’t be loners.”
The girls nodded. One sat in the back.
“Teamwork.”
More nodding.
“We have to stick together.”
Emphatic nodding.
Later that day, all dressed up for the graduation gala, each went about their lives, enjoying the moment.
They didn’t notice she was outside, watching the fiery sunset. That would be the first of many fiery sunsets she’d go through alone.
The Squad made her an undercover agent.

“I’ll have another glass of that wispy”

“Sorry pal, I’ve think you’ve had enough whisky for tonight – how about heading off home?”

Stan looked unsteadily at me through glazed eyes, nodded, then weaved his way through the bar to the door.

Sometimes I felt bad about Stan; sure he drank plenty, but it was only the cheap whisky, and he was always good to pay the bill.

Idly, I pocketed the hundred bucks, swapping it for five from my pocket, for the till.

And had no concept of the value of whisky!

I bought my wife an iron for her birthday – she called me callous; I thought it was the perfect gift: Practical, and far better than her old one.

If anything, it was her who was callous, when she smashed the iron into my temple, causing permanent, crippling brain damage.

Or so she thought.

I just make sure I drool when she’s around, flopping about when she’s dressing me, and having ‘accidents’ when she wipes my butt.

So, I’m fine, but she’s a mess; and maybe I have become callous myself…

But my shirts are never creased!

Jimmy ‘Iron Fist’ Thompson was the most feared member of Strike Team Alpha.

Unfortunately, he had a terrible drug problem… We joked that he’d put the crack into the Crack Strike Squad!

Not that the drugs affected his mastery of strategic command, if anything they sharpened his wits beyond human capabilities, or so it seemed.

So we tolerated it, turned a blind eye and played down his failings.

We may have called him ‘Iron Fist’, but unfortunately, one part of him would always remain… Permanently, humiliatingly soft!

The Squad, although violent, held many items of value, in addition to a callous contempt for poseurs, indigents, and Free Masons.

They pined for the time when they could pump some hot iron into the bunks of the sleepy loners in the encampment.

Maddie, the wispy, teen queen, did her best to divert the squad from their malicious intentions but failed the night of the full moon.

The Squad racked their automatics and descended on the sleeping canvas colony. Shots rang out for several minutes, and when it was over, seventeen city council members there for observation and evaluation succumbed.

Maddie failed to light the ceremonial smudge before the Squad settled into the new lodgings. The motel housed three other squads of bloodthirsty bikers. They were in their middle teens and rode customized Schwinns and Rawleighs.

Feeding and clothing themselves by crowd mobbing small stores and Seven Elevens in the morning, they retired to their hideout on Slab Camp Road mid day.

Days passed slowly in the summer months. Thousands of rounds were shot into trees, makeshift targets, and old appliances.

In spite of being dullards, the Squad saved a little money and bought a small bordello outside Las Vegas.

Callous; Vaue
———
A man walked by a pond, where he saw that a little girl had fallen in, and would drown. But he was wearing a fine suit and did not want to ruin it by wading into the pond to save her. He was not callous, for he was about to meet some very wealthy people, to solicit donations for the charity that he ran, and they would never take him seriously if he showed up muddy and bedraggled. With these funds he would save far more lives than that of one little girl. The decision was clear.

Why is it they always describe us as ‘a loner’?

Someone with few friends; kept to themselves; the last person you’d expect to have scores of victims buried under the patio.

So, I’m here to set the record straight: I’m not a loner! I value the company of others; I like to have people around me.

So I prefer my friends to be dead and dismembered. Does that make me a bad person?

And, unlike you, my friends are always nearby, they never leave me, and I always know exactly where they are.

Can you say that about your friends?

I love Dorothy; don’t get me wrong. She saved OZ. There isn’t much
to complain about except her hosting skills. We crossed realms for a
visit, and as great as it was to see her, dinner was something by a
MacDonald and watching fields grow our entertainment. Okay. The
worst was sleeping arrangements. She gave me an iron bunk. Sure, I
can’t feel, but it’s kind of the principle of things. Scarecrow got a
bag of straw. I mean, isn’t that basically what he is? And the
lion…a rug, the skin of an old mate. Yeah. Poor guy hasn’t stopped

The squad leader valued a good bologna and had several of them hanging from the iron springs of the bunk above his. Every night as he lay there, he counted them.
He jealously guarded them from his men, the platoon sergeants, and the company commander.
Callous to their hunger, he horded the preserved meat, refusing to share with any. At times his men tried to divert his attention and steal one of his giant sausages, but to no avail.
When he went on leave, he packed them all in his duffel bag.
He ate them, alone, in his mother’s basement.

Everything that comes out of Mad Alfred’s mouth is absolute nonsense.
Today he’s sitting in a park, screaming “I’m drowning!” at passers-by.
I knew Alfred back when he worked in The Ironworks.
He rushed into the foundry to save a man, and took a blow to the head.
I still have the cracked helmet. I use it in safety lectures.
“This helped a man survive a blow that should have killed him,” I say.
But, in a way, it did kill him. Albert, my friend, is gone. Dead in spirit.
Killed, while helping me survive what should have killed me.