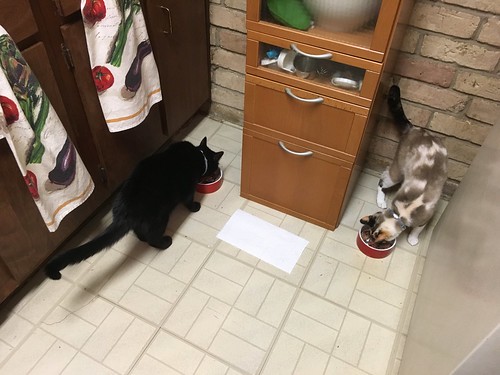 How much does a mass transit pass cost these days? The last time I took a subway train from downtown Montreal to the suburb of LaSalle was December 2002. Back then, a monthly transit pass was about $60.— just pay the man, show your card, and you would have no trouble getting from A to Z with very few delays. The seats were formed plastic, not mahogany, and the fluorescent lighting illuminated human flesh with ghostly transparency. Usually I would drink sweetened hibiscus herbal tea from a Mason jar during commutes. One summer, a fellow passenger sitting opposite to me was noted to be wearing cut offs as well as running shoes. He looked tired, old and slumped – this could be confirmed without candling as his mast appendages were hanging freely. Was that worth the price of admission?

It was not really a math problem. Grades 8, 3 and 2 each had triplets. Grades 1, 2 and 4 had two sets of twins. Double cousins and extended families complicated the roster with similar-looking namesakes. Pretty soon, attendance could not be gauged. One never really knew for sure who was present or who was absent. No one would name trouble makers. Teachers peered hopelessly into a sea of multiples. Large eyes leered imperviously back and lied about who was who and what was what or stonewalled. The school registrar faced administrative issues caused by multiple birth households head on. They nixed free enrolment to cover “administrative costs”… each child is now radio-tagged, weighed-in and marked for study on the first day of school.

We boarded up the windows, tied down everything we could, sealed ourselves indoors, and waited.

The storm was coming, washing away everything in its path. We had little hope that we stood any chance – if we were lucky, we might not die!

Those with any sense had evacuated, but we were pioneers, made of sterner stuff – although others thought us stubborn idiots. Maybe they were right.

We braced ourselves for the worst as the first methane clouds appeared, whilst joking about the good old days on earth, whose hurricanes were a breeze compared to Jupiter’s advancing Great Storm.

He was hard to ignore. His hand on my arm gently guiding me through his store, trying to sell me every piece we passed.

I was drawn to a painted mask – then, he was pressing it into my hands. “Mahogany! I carved it myself. Very hard.”

He wrote a figure – a crazy price, but the game was on – I made a crazy offer back; and we haggled.

Now hanging on my wall, I’ll never know if I got a bargain.

But it was worth it!

One As Nuts as the Other
by Jeffrey Fischer

When the Southern History Society heard that up north they were tearing down statues of Confederate figures such as Robert E. Lee and Jefferson Davis and renaming roads and schools named after them, the Society agreed that, if the Yankees could try to erase southern history, they could try to do the same to the north. Any Confederate figure associated with Mr. Lincoln would go, including anything commemorating Grant or, cursed be his name, Sherman.

Sadly, all they could find were tributes to Cary Grant and the Sherman who served with Mr. Peabody in his Wayback Machine. Still, the Society eradicated every one of the tributes. So there!

I have been in a funk for months. Dating a double-jointed, ulcer afflicted lady did not keep my main mast of straight-grained, mahogany timber upright. A younger woman would keep my candlestick prominent.
Double jointed women have a collagen abnormality and a heightened flight response.

Luckily, I had a brush with Holly Sherman while driving through town this morning. I spotted her sitting on a bench awaiting the school bus. Underage, but she was the answer to my prayers. I couldn’t get the launch of the frigate off my mind. It was like having a stolen chicken in my pants.

Washing dishes for the Chinese Restaurant gave me no hope at all. I was on another downward spiral. I was told to nix the idea of opening my own, on-line business. I thought I had enough talent to do freelance writing, but I was telling myself a big lie. There was no way I could thrive, and I would find no joy in creating a rhapsody of extravagant samples in order to place ads for my business.

The only semblance of a writing portfolio I had was my pitiful collection of 100 word stories produced weekly for a web site.

Bend his thumb clear back onto his wrist

A lot of people don’t know this but Sherman was double-jointed. Not the kid with Mr. Peabody, that general dude who did that March to the sea. From November 15 until December 21, 1864, General William T. Sherman led some 60,000 soldiers on a 285-mile march from Atlanta to Savannah, Georgia. Union forces called it the Savannah Campaign. On his orders railroad tracks were ripped up, heated up white hot and wristed into bows. Many a plantation had generations old trees wrapped in Sherman’s neckties. After the war Sherman became one of the first trusties of the University of California

Well, first: funk is a strong offensive smell. Second, it is a state of depression. As a verb it means to avoid a thing out of fear. How did that good old Dutch word get associated with cool, rhythmic dance music?

You’d might as well talk about a double-jointed candlestick or describe Sherman’s march as annoying like an ulcer. It is the mahogany mast of semantic meaning that holds up the sail of language and propels our conversation forward.

After music became funky, programmers felt empowered to brush aside all meaning in assigning new meanings to established words.

Only a true artist can create an authentic death mask. One skilled with brush and palette, scalpel, and blade.

Capturing the essence of the departed is a rare skill. You do not merely render the appearance, as in a painting; it must evoke their spirit and soul, capturing the persona, not just the person.

My methods are slightly unorthodox…

I start with a living subject, assisting them in their transition to death: It’s key to capturing that final, essential moment.

Then, like any good artist, I try to get under their skin.

What good is a mask, if never worn?

Candlestick and Brush sat side by side. They looked quite innocent, I must admit. However, the mess in the kitchen was the proof that they had been busy all night. As I stood there, my index finger pointing at them, their big round eyes staring at me, I couldn’t help wondering how they had managed to drag a whole cabbage from inside the fridge onto the counter. When I finished admonishing them, they simply stood up and walked away, as if nothing had happened, their tails swaying in the air. I’m sure they were thinking “the slave will clean it”.

Double-jointed; Mahogany
———
“I say! Look at this! It’s an 1892 Packeinton with the double-jointed synchronising camshaft! The mahogany and gilt brass fittings are rather a decadent touch, but the arrangement of the compensating tandem brackets on the standing frame would make a Swiss watchmaker jealous.”

“Have you no romance? This drew carriages that crowned heads of Europe travelled in!”

“I thought you were an anarcholibertarian, or something like that. Now you’re impressed by royalty?”

“Oh, that’s just politics. This is a STEAM ENGINE!”

Though the sound of Astrah’s laugher filled Axel with joy, his hope for success spiralled downward, with the blush of embarrassment washing over his face.
“What makes you think we have sales jobs here?” Astrah asked.
Axel hoped she wouldn’t see through his lie. “A friend told me you might need to move some delicate materials.”
Her golden eyes were a rhapsody when she smiled. Still, she shook her head, “We’re recycling contractors. I hate to nix your enthusiasm. While dealers in contraband may thrive in some places on the Galactic Battle Base, this facility is not one of them.”

My words flashed upon walls I walked passed, compelling me to stop,
read, and remember before moving on.

“You are my love,” I had said to my wife three hours before banging another.

“Your money’s in good hands,” I had said pointing at doctored reports
while pocketing their money for my personal gain.

“I won’t hurt you,” I had said as I tightened the cord around her neck
and watched the light leave her eyes.

There were many more. Until I was descending, there were never any
consequences. Now I wondered just how far down in hell I would go.

Looking out the window I saw her hanging clothes on the line. The wind blew her hair and it swirled over her face. She began to smile. Suddenly a cool rain started to fall. The laundry was getting wet and still she smiled. She began to dance. The pouring rain soaked her hair and her clothes and she still she danced. She began to laugh. Dancing and laughing in the spring rain.

When winter has passed and everything awakens with new life, I think of her. Her dancing and laughing around the clothesline. I see her in the spring rain.