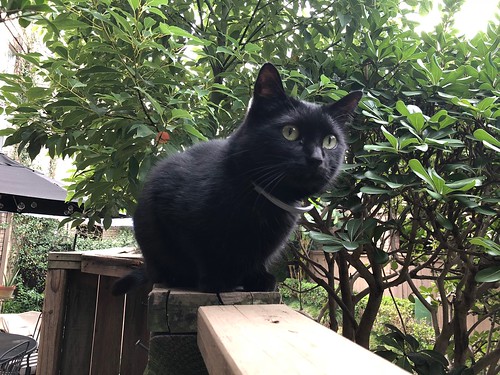 The psychiatric attending physician on rotation at hospital decided to take advantage of a blond admitting nurse early on in her career. His favorite tactic had been to ambiguously refer to an undefined “we” when explaining very particular directions for the handling of patients he wished to assess:

“Sit him in the furthest corner of the waiting room, do not speak with him until we tell you to,” etcetera, etcetera… “…because that is how we want it done.”

This worked very well in terms of gaining blind obedience from hospital staff.

No instruction required explanation because he was a doctor. Not just any doctor, a psychiatrist. And if an explanation was requested by someone serving admittance to emergency, one would simply be assured, “…because that is how we want it done.”

And the phrase alone would always ensure exacting compliance…to the letter. It also served to confuse patients who would be admitted promptly with a medical illness for voicing concerns.

One night, well into the wee hours of the morning, an assault victim arrived at admittance, having driven herself to the hospital with a slashed throat.

“Tell her to fuck off,” said the psychiatrist to the admitting nurse.

No one sane answers yes to the question Do you want to go to the Hospital…but neither does hardly anyone crazy either! So how do you know if you are sick or well if we are all a little crazy or just dying by the second as we live? You listen to your body. Listening to it produces weird dialogue…my right foot complains a bit, she is bigger than my left and feels somewhat put upon when forced into that half-size smaller shoe if I buy cheap ones that don’t come in size nine and a half…

If you really want to make me miserable, put me in a hospital.

The sights, sounds and smells of the sick and injured makes for a distinctly depressing environment. The interminable waits, painful and intrusive procedures, and the sheer discomfort only adds to the unpleasantness; while visitors feel obliged to make inane conversation, but all the time wish they could be somewhere else.

What about the dreadful food and those depressing, bland pastel colours they insist on painting the walls?

It really does make you feel sick.

Every day, I find myself wishing I’d never chosen to become a doctor!

It’s a universal cure all… An all-natural remedy with no side effects and highly efficacious against a multitude of ailments.

Bad back, high blood pressure, bulimia, acid indigestion, brain tumour? All these, and more, can be treated simply and effectively; often only requiring a single course of this revolutionary new treatment.

Its therapeutic qualities aid recovery, assist the healing process and protects against infection and complications.

Take orally, or rub on the affected area as a lotion – then just wait for the results.

Whistling Past the Graveyard

I don’t know what it is about hospitals that bring out the snarkyness in
people. They tend to hang the most pejorative of moniker on these
institutions. In our county Lakeside is referred to as Graveside and
Redbud is called Deadbud by the locals. Perhaps it is a throwback to the
days when it was unlikely you would survive your trip to the hospital. It
could be there are few place that one losses all dignity and control, so
we whistle pass the graveyard will any air of superiority. Of course if
you’re running a temp of 105, different story.

As a floor nurse, I’ve dealt with the foul, fascinating landscapes, besmirched with armpits and fruity genitalia, belching gobs, and those impulsive blurting sphincters in whose hot updrafts that I might ascend and soar.

After my shift, I joined the clandestine cocktail therapy session in the break room. I took advantage of the head nurses drugged condition and shoved her face into the pasta puttanesca. Doctor Hummingshorts whispered in my ear, saying he thought my Jacuzzi was wet and warm.

It was time to leave when I found a pube in my gelato.

Rash Barwash was the hospital administrator. He recently put out a memo to all docs and nurses that a rise in supply prices from vendors would necessitate rises in all consumables. Of course, the prices billed to insurance was already high. An example was the current charge of $308.00 for four boxes of sterile, gauze pads each containing twenty-four, 4 inch by 4 inch dressings. These could be bought over the counter at Walgreen’s for $3.99 a box.

Barwash left this plane, prematurely, along with six CEO’s of vendor companies. They were flying to a conference when a mishap occurred.

To Sleep, Perchance to Dream
by Jeffrey Fischer

I lie in my hospital bed, just starting to drift off to sleep, when a nurse arrives. “Time to check your vital signs!” she says cheerily, sticking a thermometer in my mouth, wrapping a blood pressure cuff to my arm, and clamping a heart rate sensor to my finger. I’m fully awake now. The clock reads just after midnight. She leaves. I close my eyes again.

“Time for a blood sample!” another nurse calls out. Two-freaking a.m. By four it’s another round of vitals, followed by breakfast at six. “You look tired today,” a day nurse says. “No kidding,” I reply.

It was built of brick and it had dignity. It was beautiful, with details that bridged the gap between a public establishment and the home one missed. Nice frames around the doors and windows. Rooms where those who were mobile could gather and talk, perhaps play cards or chess or checkers. There were sunny screened porches.

People had died there, many times, but many more had lived. The smiles of nurses lingered, sunlight rather than shadows.

The new place down the road was easier to clean, had many advanced facilities, and was probably better: but it had no stories yet.

You lie there in your hospital bed: Every intrusive beep of the monitor, every ponderous drip of the saline, counting off the moments that remain.

Moments that are marked and defined by pain.

And here, in my hand lies the answer – a simple syringe, loaded with a soothing, pain relieving, peace inducing panacea… Morphine!

Just one shot can ease your discomfort, dull the pain and bring you relief. Or maybe, if it’s just too much to bear, the full load – bringing permanent release.

So… What shall it be?

Actually, it’s mine – you can suffer while I watch!

Hospital
———
It was the first time I accompanied the senior doctor on his hospital round.

“Generalised Semantic Disorder,” he said of the first patient. “He sounds like he’s asking to be discharged, but none of his words mean anything. Treatment: ignoral.”

We continued to the next room. “Persecution Disorder. Attacked in the street. Let’s hear your thoughts on treatment.”

Caught on the hop, I stammered some foolishness about finding his attacker.

He looked at me sharply. “Young man, talk like that could get you arrested as a patient. It wouldn’t be the first time some starry-eyed intern has contracted Conspiracy Disorder.”

The security officer dragged Axel into and empty warehouse and threw him onto the floor. He pulled a prod from his utility belt and aimed it at Axel.
Several holes on the end closest to Axel told him the prod could project various charges. Most likely it was preset with stun bursts to incapacitate and immobilize a perpetrator. Though, other possibilities included O2 deficit, muscle spasm, and tissue dissolving charges.
If the officer fired the prod, Axel could end up incarcerated, in the morgue, or in the hospital.
“Now’s your chance to come clean,” the officer snarled. “Who’s your supplier?”

Arriving late to the maternity ward I was hurried into scrubs and watched from outside myself as the doctor darted away shouting “Let’s have a baby!” The nurse ushered me towards the delivery room and into a cacophony of action, light and sound. The doctor said “I need you to push” and all hell broke loose. What was a couple of nurses seemed to turn into a large choir chanting “push, push…” My wife had a look on her face I had never seen before. If a marching band had come through at that moment, I wouldn’t have even noticed.

I used to play the game SimCity, where you put together a city’s infrastructure and zones, and the computer would fill up that city with people and homes and offices and other things.
Every now and then, a dense residential zone would turn into a hospital or church, which wouldn’t get you much resident density for that zone.
So, I’d bulldoze it and rezone it, and the residents would pour back in.
Until another church or hospital appeared.
After two hours of playing Whack-a-Mole with them, I gave up.
Completely. God crumpled the disk and threw it in the trash.