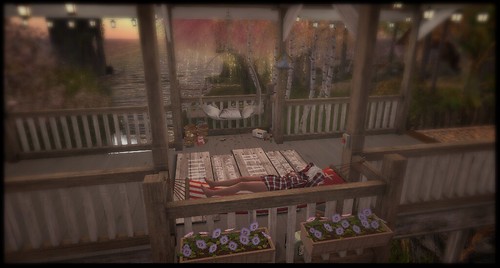 The age-old debate – can girls rock???

(“…me and the boys are playing…” – Kiss) …There would be nothing wrong with a girl playing with boys.

(“…oh, won’t you please take me home?” – Guns N’ Roses) …Doesn’t every girl want someone to drive her to her door?

(“…I’d hate to look into those eyes and see an ounce of pain…” – Kiss) …Expresses motherly concern for an infink, don’t doubt.

(“…all we need is just a little patience…” – Guns N’ Roses) …Patience is one of the seven virtues. *Note to self: Sabr is a cornerstone of Islamic faith which pertains to fasting. Again, these are fragile ties but they can be drawn.

Yes. I have decided gender is ambiguous when it comes to heavy metal ballads.

It was just down the road from the dawn of Podcasting 2004. At the time I had collected 3000 midis during the previous decade. So I did this show called: Midi. After 10 years I hit my goal of a million download. Thought to closing it out then, but I’m pretty lazy. So I let it ride. A few weeks ago I get this email from Libsyn that I need to more my billing info to a new account. Of course this email is bit postdated, so when I go to the site I get a 404. So much for customer loyalty.

Rock Hard. Good diet and lots of sleep are key. To build muscles, strength, and stamina the trick is a balanced diet and enough sleep.

A diet of grade B Western movies and sleep walking through a mundane job will keep a man less interesting, uncreative and in a torpor. A job better done by a robot or a chimp turns the mind into over-ripe squash.

Challenge yourself, as someone else that intelligently challenges you is rare.
Learn something new every day, and read widely across disciplines.

Don’t be sold a bill of goods by phony, self-credentialed “experts”, and narcissists.

The idea of going back was unbearable. Summer had been wonderful. Work was a distant place. She had forgotten about David, the pervert, John, the sloth, and Lewis, the hippie who didn’t bathe enough. She stared at a few seashells, tokens of moments she would cherish forever. David said she would get bored by herself. He was so wrong. John advised her not to get a sunburn, and Lewis just smiled, stoned. Everyone thought she was too fragile. Perhaps she was, yes. But she decided she wasn’t going back. And she held that small rock in her hand and smiled.

Rock a bye baby, on the tree top…

Wait a minute! How the hell did you get up there?

Don’t tell me; you were kidnapped by marauding squirrels? Now they’re holding you for ransom – your body weight in acorns?

No? Did you fell out of a passing jetliner and were fortunate enough to land safely in those branches? Unlikely.

Were you dumped there by a stay tornado, abandoned by cruel parents, or did you crawl up there on your own?

I guess we’ll never know, since you can’t talk.

We asked him, “Why not just play the drums?”

“Drums is for wimps. Real men play the rocks.”

He was charged with assault, and got sent down for three months.

When I visited, I asked how the music was working out. He told me he’d quit…

“I’ve gone into serving booze now… In fact, I spend almost all my time behind bars!”

I know where you keep the spare key – it’s under that rock, next to the front door. I also know that now you’re aware I know, you’re going to move it to some new hiding place.

Too late, my friend.

I made a copy.

Of course, now you’re going to go and change that lock, aren’t you? You may as well do the other doors too. After all, you can’t be too careful with someone like me lurking in the dark.

It won’t help you.

Remember that rock by the front door?

I just lobbed it through your window…

The Hot Rock
by Jeffrey Fischer

Hank examined the rock carefully. “Looks like a real diamond to me,” he said to the rest of the gang, who had just liberated the ring from the Horowitz’s bedroom.

“How would you know?” sneered Luther. “All of a sudden you’re an expert on real and fake diamonds?”

“I just know, okay,” Hank said. “But fine, we’ll get an expert to take a look. So the gang looked up the location of the nearest jewelery shop and piled into their car. The jeweler took out his loupe and examined the rock carefully. He looked up at Hank and slowly shook his head. “A good job, but it’s costume jewelry. Worth maybe $200.”

The gang exchanged glances. Now what?

After the gang left, the jeweler called the homeowner, a long-standing customer. “Mrs. Horowitz? I have your diamond ring back, and some good closed-circuit pictures of the thieves.”

Rock
———
I gave up eating meat, because animals suffer. Then I realised that plants also are alive, and resolved to subsist only on inorganic nutrients. But are not even rocks alive? They wear and crack from rain and frost. We burrow into them like maggots, mining for iron and oil. We grind them for concrete. Would they not scream, if only they could?

Then consider their atoms, imprisoned in crystal lattices. This world is made of suffering, all the way down.

And that is why I seek the key to unravel all of creation, and return it to the pure void.

Axel tried to scoot away from the security officer’s prod but found his way blocked by heavy crates.
“I don’t know what you’re talking about. I was just waiting for a friend,” Axel said.
The officer jabbed the prod into Axel’s thigh. His entire leg lost all sensation. He rocked to the side and rolled onto his stomach, trying to push away with his one good leg. The prod jabbed into his back and the lower half of his body went numb.
“Don’t lie to me,” the officer growled and kicked Axel hard in the ribs.
And everything went dark.

I hadn’t expected a rant when sitting by the man as old as time before
time. We both stared at my phone where I was scrolling through songs.
I opted to ignore him with a song to tune him out. He continued his
tirade on the disappointment of the music of today, growing louder and
slightly more annoyed.

His pause is what caught my attention again. Feebly picking up a rock
only to drop it back down, the old man tapped his foot to the rhythmic
thumps of the rock rolling downhill. Pointing, he cackled, “Now
that’s rock and roll.”

It was the summer of 1975 and everyone had a pet rock but me. We were too poor to buy one so I had to hunt down a wild one. After hours of skipping from stone to stone, I found the one for me. I stalked my quarry as it tried to hide among the gravel. I grabbed it and held it up for a better look. It was a gem. I named it Jagger and took it everywhere I went. I made it costumes for Easter and Halloween. To make sure it never got lost I had it chipped.

One village had caused problems for our patrol.
Kids throwing rocks at us.
We’d stop, and the kids would scatter.
After a few days of this, the rock-throwing stopped, and a video appeared on YouTube.
There’s us driving by, the kids throwing rocks.
Then, spliced in, men dressed up in uniforms similar to ours beating up the kids and shooting them.
When kids in another village started throwing rocks, a second patrol spotted the cameraman.
He shouted “First Amendment! Free Press!”
We shot him. And we shot his compatriots in the fake uniforms.
The kids threw rocks at their corpses.