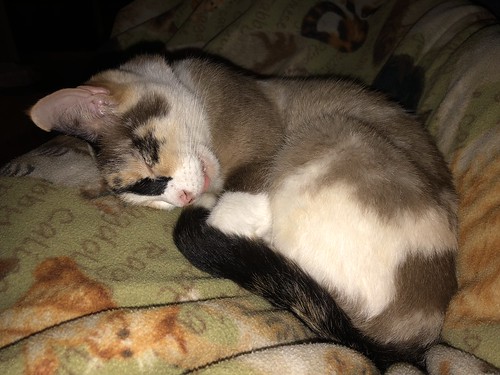 Mark and Ron placed their oil lanterns down and waited for a long time. The horizon was a flat line and the darkness extended as far as the eye could see. A few bright stars twinkled in the cloudy sky.
“Look.”
Mark traced an imaginary line from the tip of Ron’s finger to its destiny over the water.
“Can you see it?”
Mark squinted his eyes.
“We’ll have to go there.”
Mark nodded.
By the end of that long night, they’d be richer, but not happier. There was a baby in the wreckage, and they couldn’t do anything about it.

I presumed Larry Leathersack and Teri Tingetuna would make it their point to open the restaurant soon. They planned to be unique. The most extraordinary thing they planned to do when greeting and seating a supper guest was to ladle a small portion of gravy on the guest’s shirt as the server took their order. This would not only break the ice, but it the guest would feel at home upon entry, and not suffer the embarrassment of spilling food on themselves during their dining experience.

Shena was the unfortunate victim of a birth defect. Although perfect in every other way, her head came to a sharp point.

Teased at school without mercy or care for her condition, Shena would hide her deformity with a large, Afro wig or a thickly knitted, wool cap when she ventured out.

Her teen years were painful, and she had little hope of finding employment or a life partner.

Shena turned down dozens of lucrative offers to headline in sideshows, but made an excellent, sustainable, living, as she became the object of desire and devotion to thousands of Hollywood fetishists.

My wife: Every argument, always the same – “Just what exactly is your point?” she’d argue in that whiny, irritating voice, over and over again.

Other times it was: “Will you just get to the point, for crying out loud?”

Eventually I was wondering myself, what was the point in carrying on? Why bother, because it was pretty much… Pointless!

So, I decided to do away with her: Stabbed her 28 times – once for every year of our marriage.

As she breathed her last, I stood over her bloody body.

“You got the point that time, didn’t you, bitch?”

We talk about the ‘point of no return’, but it’s not what we think.

Many times I’ve passed that point, but I’ve always returned, and frequently after making a comeback, it’s only to reach the point of no return all over again at some time further down the line.

But, I do sometimes worry I may be pushing my luck; after all, there must be a limit to how many times you can reach that point and still keep coming back?

My mother always said it was rude to point, although I could never quite figure out why.

So, every time, I asked her why it was rude and she’d invariably counter with, “It just is, OK!”

Eventually, she got wise to me – “Just remember”, she’d say, “when you point the finger at somebody, there’s always three pointing back at you!”

I never took any notice, I knew that to succeed, you not only have to be rude, but ruthless too.

And, let’s be honest, when it’s a gun you’re pointing at somebody, there’s only one finger that really matters!

On Point
My oldest living friend could have been anything in life he chose. Way smart and athletic, so it wasn’t that surprising he chose to be a dancer. Had a whole slew of dancer girlfriends. Despite the elegance of form, the silhouette on point, what is holding that minimal connection to earth are truly battered toes and soles. Dancer’s feet are a serious wreck. Such is the cost of defining gravity, full impact with the floor. One time as he painful pull off his shoes, I asked “How do you stand the pain?” He said. “By the healing grace of applauds.”

Damian, Seth’s boss, pointedly shut the door before the performance review. The boss went down his talking points item by item. “Let me get right to the point: you haven’t been doing a good job. I hate to point this out to you, but, unless your performance improves, we’re going to have to let you go.”

Seth stared at Damian, who reminded him of the pointy-headed boss in Dilbert. “I am what I am, dude. No point in trying to teach old dogs new tricks.” Damian broke the point of his pencil by grinding it against his mahogany desk, the gouge joining many siblings.

Damian focused on the point of Seth’s nose. Trying to keep the incredulity out of his voice, he said, “You’re telling me there’s no point in this review? I anticipated this and got HR’s approval for what I’m about to do next.” He walked around his desk to where Seth stood. He kicked Seth hard in the ass with the point of his boot. As Seth rubbed his sore rear end, Damian pushed Seth out the open window, where Seth fell into a trash bin that was lined with spikes. As Seth writhed on the sharpened points, Damian called his boss to report another successful performance review. Beelzebub Industries would have another record quarter. More to the point, Damian expected another substantial bonus.

Axel sipped at his fruit juice, sitting at his regular table. Torque, stood by one of the entrances to the rec center eying everyone who walked in. Cent, cruised through the crowd confronting anyone unfamiliar.
A single security guard, obvious in his blood red jump suit, stepped in from the passage and spoke to Torque. “Can you point me to a man named Axel?”
“I don’t know anyone by that name,” Torque said.
“Don’t lie to me. He’ll want to deal with me. I found something he needs. Something he’ll want to buy that will earn him lots of Credits.”

The smiths worked through the night hammering and filing, making sure each point was strong and razor sharp. The crashing waves mixed with the sounds of the fiery metal being shaped on a dozen anvils. Before sunrise the drums began to beat. The sleeping army stirred to life and prepared themselves. There was the clanging of steel as warriors tested new spears. The rustle of sharkskin armor being adjusted and laced up.

At first light the drums sped up and abruptly ceased. A brief moment of silence and then the order rang out across the camp, “Saddle up the dolphins!”

I remember our first babysitter, Stewart.
Our behavior was measured in points.
Twenty-five points was the most we could get.
That got the Lick-em-aid fruit-flavored candy dust with vanilla sticks.
As we misbehaved, we lost points.
At fifteen, we got Snickers bars.
At ten, a Hershey bar.
And at three, only a York peppermint.
Me, I was a bad kid. I misbehaved constantly.
Zero points got me a beating in the backyard, and a mouth full of dirt as my brother yelled “WHY THE FUCK ARE YOU SUCH AN ASSHOLE?” at me.
Because I knew where Stwart hid the candy.