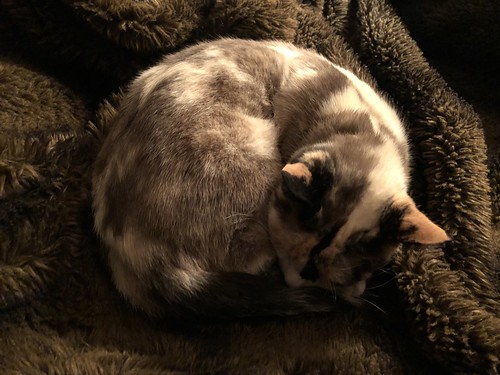 The ‘Most Excellent Order of Whiskers, Beaters and Meringue Whippers’ – usually shortened to the diminutive, ‘Whiskers’, for convenience – is a little-known and exclusive society reserved solely for the most influential of pastry chefs.

Not only is competition fierce for the few highly desirable memberships made available to those eligible to join, but jealously is rife amongst the other kitchen professions denied entrance.

So much so, that rival factions fight fiercely for dominance. The most notable of which is the ‘Venerable Society of Salad Washers, Spinners and Dressers’.

Since that’s such a mouthful, we call them ‘Tossers’, for convenience!

Whiskers was a small, underweight kitten, but grew quickly to become a twenty-seven pound whopper. I learned later that Whisker’s parents were Chausies, whose ancestry is ancient Egypt.

Whiskers wore the pants in my house. I had two, medium-sized dogs who gave Whiskers the run and rule of the home.

She was a danger to the bird population on the property, but after some demanding training, she never bothered my feathered friends again.

Whiskers lived a long and happy life, surviving well into her twenties, on a diet of balanced and nutrient dense kibble and expensive, moisture rich canned foods.

Customers can enjoy their coffee and tasty pastries, while cats leap onto their tables and heads, after lounging in the nearby litter boxes. Patrons bring in rodents and birds for the cats if they tidy up after the entertainment.

Fortunately, many of the larger, aggressive cats are adopted, and no contamination has yet been the cause of any discomfort to shop clientele.

The cat whisker, made from a safety pin and a pencil lead, in contact with a single-edged razor blade was at the heart of my crystal radio. Some magnet or coated wire, an oatmeal box, and piezo earphones completed the unit.

The reception was good, after attaching the set to the feed pipe of the radiator, I used as ground. I had a twenty foot, homemade antenna on the roof of the garage.

My first foxhole, crystal radio was used in Germany during the Second World War. I could pull in German language stations as well as stations in England.

The old cat woman at the corner house was a complete stereotype – living alone with her many cats, she was rarely seen by the outside world.

Then the neighbours noticed an offensive smell – somewhat worse than the aroma of twenty cats and their excrement – emanating from the house.

When the police broke in, they found the mouldering remains of the old woman, half-eaten by the starving animals, almost all of whom were now just skin and bone.

Only poor little Whiskers survived, so we took him on.

Little realising he’d acquired such a taste for human flesh!

Whisker
———
“There’s nothing like a cat’s whisker receiver and the human ear.” he said. “Modern electronics can’t come close. Even valves aren’t good enough. You have to adjust the whisker just so, you see? Sometimes it takes me an hour… do you hear that? All those clicks and beeps? Aliens! Talking to each other somewhere above us. I’m trying to decode their language…”

I subvocalised a command to the nearest ship, and presently the familiar grip of a tractor beam drew us up.

We always abduct the smartest, curious ones. They improve our hive brains, and it keeps the Earthlings docile.

A Close Shave
by Jeffrey Fischer

After changing jobs, a long-time colleague told me my boss hated facial hair. I was surprised I got the job. My beard dated back to high school, and I was unreasonably proud of its neat appearance, so I kept it. The other new hire was a skinny millennial with a hip goatee who kept it as well.

The day before my review, I thought I didn’t want to sit before the boss flaunting my beard so, somewhat wistfully, I shaved it completely. As it turned out, the year hadn’t gone well for the firm. The boss planned to fire one of his new hires. Mr. Goatee was gone and I survived – by a whisker, you might say.

This is Movember. That means that men are supposed to grow a moustache to bring awareness for mens health.
One out of eight women will be affected by breast cancer. One out of nine men will have to worry about their prostate.
With the women, we can all appreciate, “Save the Tata’s”.
However, no one wants to chant, “Save my butt”.
So, I’m growing a moustache.
Nearly a month into it, it’s sad to say that my best friend from my childhood had a better mustache as a senior in high school than I do, now, as a senior citizen.

Mr. Whiskers sat patiently by the front door. Ben did not call Mr. Whiskers, Mr. Whiskers, he called him Fred. “Fred is no name for a cat,” his girlfriend Amber said. Neither is Mr. Whiskers, but he wasn’t about to get into a fight over a 25 pound ball of fur. Ben opened the door just wide enough for the cat to wedge his head out. “You’re not going to like it.” After three seconds, Mr. Whiskers look up at Ben with a kitty incriminating glare. “Yup I made it Cold and Wet, just for you.” Mr. Whiskers was not amused.

One of my favorite George Carlin riffs goes as follow: “The word ‘beard’ shook a lot of people up. BEARD! It’s not American sounding. BEARD! Lenin had a BEARD! Gabby Hayes had ‘whiskers’. Monty Woolley had whiskers.” Yup despite five presidents sport one and a dapper C Everett Koop. Look what happen when Al Gore grew his, to bad about that Bin Laden thing. Tom Hanks could get away with his because he was shipwrecked on a desert island. Personally I don’t see myself as someone with a beard. I see myself as someone who just doesn’t shave. Seriously lazy.

“Whiskers” Manetti had it out for me. He told “One Thumb” Tony that I was to blame for his men being pinched in the hotel robbery. He was right. Word on the street was that he called in “The Shovel” to take care of things. Micky “Squint” was my inside man with Whiskers. He had kept me one step ahead of the gang so far. It was getting more dangerous relying on Squint and One Thumb for information. Even Pete “Tips” O’Hanlan down on the docks couldn’t be trusted. If I was gonna survive I was gonna need a nickname.

Old Man Peterson stroked his white beard and looked over the chessboard.
“Checkmate on five moves,” he said.
To nobody.
He was sitting alone in the park, with no pieces on the board.
Peterson stroked his beard again.
“I may need to swap some of my tiles,” he said.
Once again, to nobody.
He reached down to the board, let his hand shake for a moment, and withdrew it back to his lap.
This continued for the rest of the day.
When the sun was low in the sky, Peterson stood up, picked up the board, and shuffled back home.