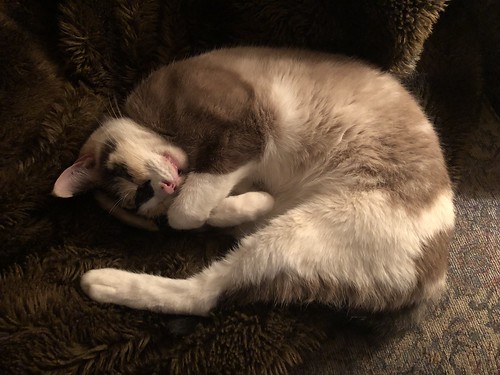 Love is such a complicated matter.
It all started back in Virginia. A few furtive meetings in someone’s vine lead up to a number of wild hops, and the obligatory puff, Woodbine, in this case.
Woodbine was discontinued in the 1980s, but then again we are not placing a timestamp on this story, are we?
The problem with love is that it becomes a complete nightmare rather quickly.
As he fled Virginia, all he could recall was her rage. She screamed at him furiously while she held a branch of devil’s darning needles that she had plucked in sheer fury.

I was a forty-year-old virgin when I married Tina. I was led to believe that most lady punanis held double rows of Piranha-like teeth, mainly due to my private school education.

As a young boy I was caught at an energetic game of pocket pool; scolded without mercy by both parents which manifested as castration anxiety.

My belief in vagina dentate kept me away from punanis for most of my adult life.

Before the honeymoon, I took my fiancé to a gynecologist and a dentist so I would be assured that everything was as it should be.

I am happily married.

Lamont was a virgin. The ladies in his class thought he was hot. He was on the swim team. Girls swooned at the sight of Lamont in his Speedo.

Lamont had only been in two women in his life, his mother and The Statue of Liberty
.
A bit shy but in that boyish way that make girls crazy and attractive to the older girls that wanted to seduce and conquer him.

Lamont landed a job at a law firm. He was raped in the supply closet by the women in HR and the night watchman.

He was never the same.

There, I’ve said it – it’s not something I’m particularly proud of at my age, but there you have it… A one hundred percent, bona fide virgin.

And it’s not for want of trying, either!

It’s not entirely my fault, I think genetics may have played a part in my unfortunate situation. You see, both of my brothers, and my sister are virgins too; I guess it’s one of those things that runs in the family.

Also, my father and my mother, have admitted to being virgins too!

Wait a minute… That can’t be right. Can it?

Traditionally, we’ve danced naked around the standing stones at midnight for the winter solstice.

But tradition isn’t set in stone: We’re getting on a bit in years, and not really cut out for dancing around the freezing hillsides in our birthday suits.

It’s time for a change.

As for sacrificing virgins – the local supply has pretty much dried up… You just can’t get decent maidens any more!

So, we make do with what we can get, but I don’t think it’s gone down too well with the elemental spirits.

Perhaps that’s why the winters are so damn cold lately!

God of the Volcano
by Jeffrey Fischer

The volcano demanded a virgin sacrifice every hundred years, lest it erupt violently and mercilessly. For hundreds, if not thousands, of years, the local population had fed its need, save for the occasional unfortunate experiment every half-millennium or so.

This year the village could find no virgin, and time was running out. The UN flew in a college cheerleading squad to no effect. Same with a plane full of science nerds. In desperation, a team of elite soldiers kidnapped Michael Moore and dropped him in the cone. The volcano stopped rumbling, its need met for another century. However, the volcano god belched out Moore, who refused to stop complaining how the volcano was run.

An argument for the estate tax

Vern Patterson was the grandson of the distillery giant Cosmo Patterson. He thought himself as marketing genius. Truth be told, he was just a genetic dead end. If I may let me list a last trio of galactic business blunders. First carbonated Kahlua that was good for a $5,000,000 loss worldwide. A tobacco liqueur made from a synthetic of Louisiana Perique which caused spontaneous esophageal cancer, the class action suit is still pending. And last a sprouted pre-pollinated Juniper berry drink Vern had the temerity to name after himself. Had to alter the spelling a bit. He call is Vir – Gin.

Adolf Hitler, Isaac Newton, Mother Teresa, Andy Warhol, Lewis Carroll, Nikola Tesla, Elizabeth I, J. Edgar Hoover, Henry James, what did all these folk have in common? All virgins. A lifelong commitment of a kind. Perhaps alternative courses of act were available to them. They merely didn’t stop, stopping. Had a lot of time on their hands, making time with their favorite person. If you’re of a curtain age you caught that pun. Tried it out in my youth. Didn’t much care for it. Thankfully an older woman took the matter into her own hands. A seminal moment it was

The virgin flight of the Flat Earth Society Celestial Dome exploration team ended in confusion.
They hired Virgin Galactic to fly them up to the dome to determine whether the sun and moon were on a mechanical track or if the celestial bodies were a projection from above or below the dome of the sky.
As they reached the lower stratosphere they saw the north pole was not the center of a flat earth with an Antarctic ice wall around the perimeter.
They saw, instead, that the earth was a globe.
They agreed to never mention their discovery to anyone.

Flabbergasted. That was the word I was looking for. Flabbergasted. Her message was sinking in and all I could do was sit and stare at my phone. What she wanted wasn’t unreasonable. I wanted the same thing. I just wasn’t sure I was ready. I was too old for this. “Maybe not too old” I said to myself, “just too old fashioned.” There was a time when I wasn’t afraid of anything. That’s it! There was nothing to be worried about. She’d already made her choice. My thumb hovered over the screen for a brief moment before I swiped right.

Virgin
———
“Fish and chips?” my mother almost screeched. “It’s line-caught fish from organic fishermen, I’ll have you know. And it’s not ‘batter’, whatever that is, it’s a crisped breadcrumb sauce. No, darling, don’t call those ‘chips’, it’s uncouth, they’re chipped potatoes, cooked in extra-virgin single estate olive oil. I have a darling little man who orders it especially from an organic olive grower he knows personally. I’m so lucky to have him, because of course it’s so hard to find proper service these days. You wouldn’t believe how much all this costs!

“So how can it have any calories in it?”

Luigi Gambino made a fortune importing extra virgin olive oil from Italy.
Well, that’s what the labels said.
The truth was, he bought colza oil from rapeseed, and added color and flavors to fake it.
Then, he’d bottle and label it extra-virgin in Italy, and ship it from there.
The Spanish Mafia, with their avocado and palm oil scams, took offense to Luigi’s scam, and the bodies started to pile up on the bottom of the Mediterranean.
Luigi ended up in one of the tanks of olive oil.
His business partners fished him out, and went on with the processing.