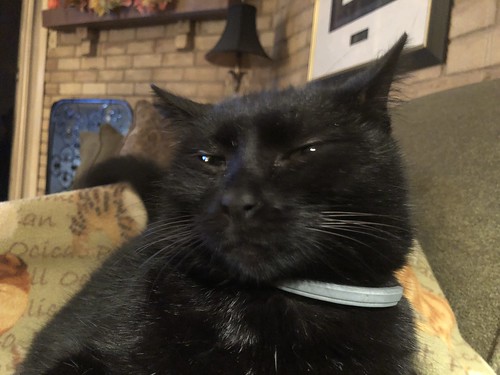 I’ve spent my entire life trying not to be first at anything. First in the class, first in line, first past the post… I’d do anything to avoid that distinction.

People wonder why. ‘Have you no ambition, no aspirations?’ Of course! Just not the ones everyone thinks I should.

And I’ve good reasons for it too.

Not trying to be first and top of the pile means less effort, less competition and fewer disappointments. It’s an altogether easier life.

Especially at the airport, where being last is the gold standard. Because last on the plane means your baggage comes off…

#2 – First Questions
I hate those stupid questions about your ‘firsts’ in life:

‘What was the first record you bought?’, ‘First crush?’, ‘First kiss?’

As if it matters; if I can remember that far back in the first place! I’m sure most people make the answers up, picking one that makes them sound cool…

“Ah yes, my first album was The Stones” – yeah right!

But the real reason I hate those questions is that they bring back awful memories: Reminders of embarrassing music, fumbled encounters, and moments I’d really like to forget.

Because we all know, the first time is never the best.

#3 – Better Half
I always introduce my spouse as ‘my first wife’ – she hates it, but it keeps her on her toes. The nagging seed of doubt that I’ve sown in her mind that one day I might just trade her in for a newer, better, more aesthetically pleasing model means she won’t take any chances when it comes to behaving herself.

You may think it somewhat callous, but I take the view, ‘all’s fair in love and war’, and a little callousness on my part goes a long way towards maintaining the status quo.

Till death do us part…

It was my first try at biohacking, namely, hacking my brain. My biohacking began with some off the shelf nootropics and a gradual transition to my custom stack of compounds.

I had a level of focus never experienced, and was able to maintain it for extended periods. I could crank out graphics, edit photos, or do other technical tasks for hours on end.

After six months, I got muscle spasms and experienced some brain fog, so I cut doses by thirty percent. Everything settled down and I was hyper alert and relaxed at the same time.

Ever feel that way?

My pal, Gordon, is a mechanical and electrical engineer. We have constructed and prototyped the first wearable that functions as a “prodder”. It randomly pokes a pneumatically powered, finger sized goad into the head to remind the wearer to pay attention and stop fuggin around.

It is battery operated, ultimately programmable, light, durable, and easy to set up and initialize. Default settings have been tested to operate at optimum levels.

We have been wearing test units for a couple of weeks and have discovered that a little thump on the cranium does wonders by keeping us focused and on task.

At the strike of 1am, the majestic structure imploded neatly.
Perplexed eyes witnessed the destruction of the oldest building in town, home to wise men, advisers to many generations.
Suddenly, a voice asked “Why was this done at 1am? I need my beauty sleep.”
The crowd turned to see who had broken the sacred silence.
An old man holding a crutch waved a crooked walking-stick.
“So, are we done? Lesson number one, life goes on. Get used to it.” And he walked away.
The “Welcome” sign slid slowly to the ground, a shy cloud of dust lingering in the air.

I remember my first time like it was yesterday.

The sweet ferrous smell of blood; the sticky warmth oozing through my fingers.

I remember the screams, then sudden silence, the soft gurgle of the death rattle, the thump of my own heartbeat, gradually slowing to its normal rhythm.

I remember the elation and the quiet sense of satisfaction you only find in a job well done.

They say that you never forget your first time, and it’s so very true.

Although, I have to say, that I’ve always found it a terrible shame that the police never forget it either.

First comes the pain. Nearly imperceptible, at first, growing in intensity, drawing more waking attention to greater levels of compensation. Long before seeking drugs to make it through the day, you think a joint agreement between your joints and the signals firing in your head is negotiable. When cycles give way to a single wobbling wave, your heart knows it is time, if only your head would listen. In the end some simple action becomes undoable and your head now know this is merely the first. You call the surgeons office to get on the wait list for knee replacement.

Number One is a Bullet
Americans are weird. We only acknowledge two states: Coming in first. And coming in next. The first being singular. The second vast and all encompassing. Perhaps we would have a different outlook if we had lost a war. Will we have, but you will never hear an American admitted it. This first or nothing is sort of a dysfunction insanity. We are so willing to discount a season of effort, a decade of effort, in some cases a lifetime of effort to being just not good enough, that somehow inherent in the American soul is a birth right of victory.

One of the great mysteries of life was the identity of the brave man or woman who first dared to eat a lobster.

Ivor and his crewmate, Stephen, landed safely on the planet Xaphorus and scouted for food, as their supplies were running low. Starvation was setting in when Stephen found a lobster – or the Xaphorean equivalent – in shallow water.

“Oh, I’ll give it a try. What’s the worst that can happen? We’re starving anyway.” Ivor sliced open the creature and cooked it with his laser tool, taking a bite while it was still hot. “Delicious,” he said.

Stephen looked suspiciously at his crewmate, but took one bite, then another. A loud thump behind him turned out to be Ivor, falling to the ground, dead. Stephen soon followed suit. The second expedition learned to avoid the lobsters.

Many people believe that naming your child Porkchop was a fad of hippy parents from the sixties. It’s true, I was born in nineteen sixty and five other boys in my graduating class had the same name. But, I wasn’t the first in my genealogy to bare that name.
My great-grandfather, and his father had the blessed title and traced it back centuries to Sir Porkchop Gillywinger, first earl of East Wiffypuddle. A little known apocryphal text from the second century, says a fourth wise man named Porkchopshazar started with the other three but became lost due to night blindness.

Who was the first to catch my eye as I crashed headlong into puberty? Maybe Samantha with that cute little nose twitch, or Jeannie, the original “hips don’t lie” girl. It could have been Betty Ruble or Josie. Josie was in a band and that was cool. Veronica was also in a band, but I always felt Veronica was out of my league. What about Batgirl or Barbara Gordon? Batgirl. She had a motorcycle and spandex. Charlie’s Angels was not a choice at all. Jill all the way, and, yes, I had the poster.

So many women, so little words.

First
———
I knew the first man to run a mile in one minute. His bones were made of nano-woven buckytubes, his blood was completely synthetic, and more of his brain was in the computing cloud than his skull. His heart and lungs were machines, and the membranes supporting his internal organs were spider-silk synthesized by his own genetically modified cells. But I can get in a car and do the mile in 30 seconds, so what’s the point?

They say that in the end, so much of his brain was in the cloud that his owners just shut off the body.

The longest journey begins with the first step.
I stood at the bottom of a crystal staircase, looking up.
It went up for as far as I could see. I could not see the top,
How far did it go? Did it reach the clouds? Did it reach the stars?
The strange old man in the village wouldn’t tell me.
“Many have tried,” he said. “But none have returned alive.”
I lifted my foot… and…
I walked over to the crystal elevator, and I pushed the call button.
I sat down on the grass and waited… and waited… and waited…