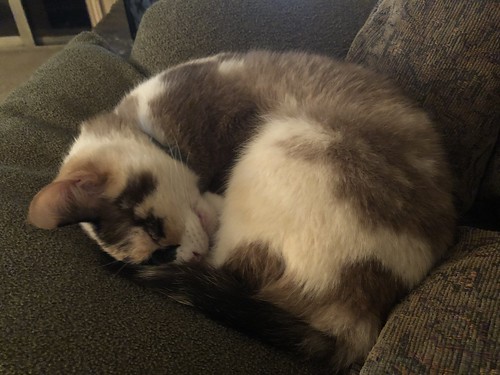 I want to look at the gently rippling water and believe tomorrow will be a better day. I want to be quiet and strong. I want to close my eyes and have peace inside, instead of the constant turmoil I have now. I want to believe that all the “thens” and all the “nows” are just bits and pieces of a bigger picture, and that these pieces will eventually find their rightful places. I want to smile and reach out and take a deep breath to finally find myself. I want to be a lion in a pool of quietness.

I would like a couple of things for Christmas this year, and Santa can skip the next two or three if he likes. First, I would like a Krell Brain Boost, then a full day with all my pets that have been beamed up. Rosie, Katie, Pearl, Kippy, Apple and Jinx. A full day with my IQ doubled, and the ability to romp, tickle and hug all my old pets.

After Christmas, I feel I would be more able to sense and understand the subtle behavioral clues and body language of my dogs and my fellow man.

I would ask Santa to do this Christmas day. All the liars in government, local and national would suddenly be smitten with burning pants. Liar, liar, all their pants on fire. If they were with others, their pants would be set ablaze at a safe distance from any innocent bystanders.

Thousands of cell phones would be available to catch the shocked politicians and the images would find their way to the “Interwebs” before they were taken down.

I might go a step further and ask Mr. Santa to include lawyers, sociopaths and those that harm animals in this universal conflagration.

Dad asked me what I wanted for Christmas… How about a sports car, some hot girls and a gold credit card? I suggested.

I knew I stood no chance – my father was loaded, but way too tight with his riches. Everyone thinks that being the only child means you get spoiled rotten. I wish! In my case, it was quite the opposite – dad ruled with a rod of iron. Tough love, he called it.

Christmas, as expected was a big disappointment…

I mean, who in their right mind thinks gold, frankincense and bloody myrrh are acceptable gifts for their kid?

If only I believe as I had.

What I want for Christmas is something I cannot get. The problem lies in the scope. It’s not so much a thing as an outcome. And that outcome cannot be set in motion unless a serious huge number of people are inclined to act and at the same time a single man is inclined to act. You see I’m register Republican, just shy of 50 years. I have watch my party been hijacked at least five time. I have seen worst villains that Ebenezer Scrooge rise to power. So guess what I want for Christmas is my party back.

The kids were lined up to sit on Santa’s lap and tell him their deepest wishes.

“I want everybody in the world to be happy!”

Then it was Timmy’s turn. He thought for a while. “I want a launcher with a dozen rocket-propelled grenades, two AR-15s, and that bully Charlie Mason to get what he deserves.” Santa chuckled, then called the cops. Timmy is now relaxing in a psych ward, although, mysteriously, Charlie Mason fell down a set of concrete stairs and is spending the next six weeks with multiple casts.

I’ll never forget that day: The excitement when I was led into his grotto and, there he was, just as I’d imagined him… Father Christmas himself!

He sat me on his knee, and said, “Well it looks like I have my special treat… Now, what would do YOU want for Christmas, little girl?”

I won’t tell you what he did next – I’ve never told anyone – But I’ve never enjoyed Christmas since.

But this year will be different.

You see, I’ve tracked him down, and I have a very personal gift, just for him.

And he won’t be emptying his sack, ever again.

I would like to say I want something high minded and thoughtful for Christmas.
Something like world peace. Though, that would be too hard to do.
A bullet through Kim Jung Un’s head? No. That would be a little violent to honor the actual reason for Christmas.
A president who’s head isn’t stuck in his own prostate gland. That may come true if he doesn’t come up for air.
What would I want that is actually possible? How about a single night’s sleep where I’m not woken up every hour.
Yeah. That’s not going to happen.
How about world peace.

What do you want for Christmas?

I sat on Santa’s lap and told him everything I wanted for Christmas. He nodded and said, “You’ve been a good boy this year.” “Best Christmas ever,” I shouted. Leaving the store I skipped and sang and ran right into another Santa. He was standing near a pot of money and ringing a bell. Then another Santa came by, on a fire engine, ho ho hoing and throwing candy. Two Santas were having drinks at the bar on the corner, and a Santa at the pet shop was taking pictures with dogs.

I was beginning to believe I’d been had.

The local football team is playing on Christmas Day.
My wife will have to go to work s part of the news coverage.
I’ve got the day off, all to myself.
Maybe I’ll go see a movie.
And on the way home, pick up Chinese food or something.
There’s usually a place open.
Instead of calling ahead, I’ll bring a book along, and I’ll read while waiting.
When I was on my own for Thanksgiving, I went to the Irish pub and drank Guinness while waiting for takeaway pizzas.
I’m not sure which movie to see, though. Does it matter?