(If I missed a link, please remind me via email. Thanks.) 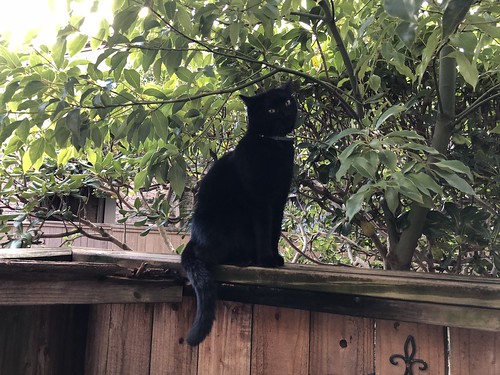 I was keen to jump on the smart device band wagon, and take advantage of the gullible members of the iPhone generation.

So I invented Smart ePants™: Internet enabled underwear for the man, or the woman, who has everything… Because who wouldn’t want undies that vibrate when you have email, with a built-in browser for surfing on the move, and Amazon Prime enabled too?

When sales flopped, I went back to the drawing board, stripped out most of the functionality, beefed up the vibration settings, and relaunched Smart ePants™ as the ultimate sex toy.

I made an absolute killing!

The topic of this weeks’ story: “Smartypants”
By Dr. Alex (Hamling)

My three year old and I have an agreement of reading two books per night before bed, and this has never been broken.

After this evening’s tantrum over wanting to eat from the trapezoid plate, I was sure she had chosen her “crabby pants” PJs. No, they were this week’s usual Peppa Pig outfit.

An hour later, we finished “The Five Little Firemen,” without so much as a whisper. She scanned her bookshelf and chuckled while reaching for her second book: “Richard Scarry’s Best Storybook Ever – 82 Wonderful Stories.”

Clearly, she had chosen her “smarty pants” to sleep in.

“Pathetic idea. This won’t work. Plants need water,” said the moody Professor.
However, Peter was determined.
He tweaked the genetic code for months. Then, he finally made it. The plant grew without the need for any assistance. People just had to place it in a large pot and leave it be.
Peter also programmed the plant to identify the Professor who is now, let’s say, part of the said plant.
The downside of this story is that the plant is always in a bad mood, the roots throwing the soil out of the pot. Good thing, it’s in slow motion.

Johnny ‘Smarty Pants’ Puccini hadn’t earned his nickname for nothing. As mobsters go, he was the smartest and most switched on of all the Dons.

He had fingers in more pies than you could shake a stick at, and the turnover from his protection rackets would have put Fort Knox to shame.

He was invincible, or so everybody thought.

But I knew better.

I stood facing him in the alleyway…

“You thinking you’re gonna whack me?” he growled

“Nope” I said, as I handed him our divorce papers.

It was the alimony that killed him!

Not so smart, after all.

False Advertising
Everyone just about likes something to strike a chord, or make someone else go “ooh” or “ahh”. A few years back I recall seeing the word “Juicy” plastered on the butts of many teenage girls. Her butt is juicy? I wondered if the labeling ones backside could be even more intriguing by advertising other attributes like “smelly” or “smarty pants”. Doubtful that “Smelly” written even in the fanciest of fonts sell however. I could imagine a teen proudly snapping a selfie wearing her “Smarty Pants” in front of a fireplace, an errant spark shoots out hitting her ass. Oh I bet that smarts!

When Frank was a freshman at the university he had difficulty making friends as an art major. He was excited when he was invited to a party put on by some friends from his political science class.

He put on his party pants, thinking that’s what all college students do.

He immediately felt out of place, ready to drink, dance, and get wild in his red, brown, and yellow striped bell bottoms, when greeted by his friends in their black or khaki smartypants.

There would be no drinking, dancing or getting wild. Only games like pictionary, trivial pursuit, and chess.

Amazon’s first efforts to use the Internet of Things to drive sales involved the big buttons: punch the Tide button, Tide pods show up. Their big leap forward was internet-enabled Smarty Pants™️. Sensors transmitted information back to Big Brother. Dirty pants? Tide pods and stain remov arrived like magic. Ate too much at Christmas? Jeff Bezos knows you need a larger belt and sends one.

The downside to the pants was that sensors occasionally stuck in awkward places. Guys with infrequent erections didn’t appreciate the Viagra that arrived, while wives were often suspicious when boxes of Trojans showed up if their husbands were easily excited. Men generally ditched Smarty Pants™️ for Walmart’s lower-tech version, Discreet Pants™️, which had the right number of sensors: zero.

The first device that constituted an awareness of smart that I recall from the previous millennium was the Epson dot matrix printer. Its ability to be programed on some deeper level led me to believe it was indeed smarter that I. A long line of computer driven devices followed, modems, graphic cards, and cameras. Then came the watches, fitness trackers, and the now ubiquitous smart phones. There’s even a line of luggage, suite case, pack, and wallet networked together in an interactive smart mini grid. But what I really am looking forward to are Smarty Pants. So is Mr. Happy.

Growing up in a small coast town in the late 70s, we weren’t always smart, but we were cool. We ditched the Levis 501 jeans and started wearing the “unisex” jeans that were popular in the big cities. We didn’t know how they came up with the names, but “Sticky Fingers” and “San Francisco Riding Gear” sounded pretty cool. We wore them tight too.

The once celebrated author read the challenge and thought to himself “what a piece of cake! I’ll just tell my story about a breakup, with apocalyptic undertones” and just like a washed up boxer past his prime he thought “I bet I’ll wow the group with my comeback bout, with style and finesse.” After a few hours of writing, editing and recording his masterpiece, he submitted just before the deadline. Smiling and full of himself he decided to see if the challenge was posted. To his horror the challenge he submitted was from months before. A TKO in the first.

Apple released the iPants about a year ago.
It’s like a smartphone, but it’s pants.
They’re comfortable, but they only fit one size.
If you lose or gain weight, you need new pants.
And that can get expensive.
Not to mention that they’re dryclean only.
If you set a reminder to pick up drycleaning, how are you going to get it?
Apple realized its mistake and changed their wearable strategy.
Now, they have the iBelt.
It fits a range of sizes, and you don’t need to dryclean it.
And when you’re beating your kid with it, it counts for you.

One thought on “Weekly Challenge #613 – Smartypants”