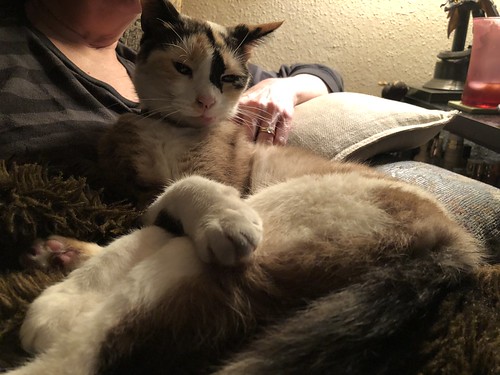 Goodbyes are difficult. From getting dumped by text message, to just being ghosted. Excuses are all bullshit that become blurry after one realizes the truth of it all.
YOU HAVE NO MESSAGES
“Hello Mom, Pick up its me.”
“Hey Dude, its me again, Please pickup.”
“I’m sorry to bother you, but I need to talk to someone, anyone… even you.”
“Hi, Call me back bro, if you want.”
YOU HAVE ONE MESSAGE
“Whoever listens to this, I don’t blame anyone, it’s what I needed to do. Please tell mom I love her and I’ll always be her little tiger cub.”

I was rubbish in the scouts. I hated camping, orienteering, gang shows and all that other nonsense.

As for earning badges: I was the least decorated boy in the troop.

How ironic, that it was thanks to me one of the most challenging badge tasks ever was created.

I was attempting my knotwork badge, and when I handed my efforts – a terminally tangled mess of rope, never to be untangled again, to the troop leader, he told me… “That’s not how you tie a knot?”

And that’s how the ultimate knotwork challenge – The Why Knot – was created.

“Why not the head first?” asked Paulie.
“That’s not the way we do it,” replied the boss.
“Why not?”
“Because. Go grab the leg for me and shut up.”
Paulie crossed the yard, grabbed the leg from a bucket, and dragged it back.
“Here.” And he dumped the leg on the kitchen table.
“Hey. Remember the arm.”
The acid would do wonders, but last time he had to deal with an arm, it flipped in such an odd way he didn’t sleep for a whole damn week.
“Why not the head…?”
“Paulie…”

In To The Words

I’m not inclined to take my clothing off in public, but when camping in the woods with a 100 or so pagans the line between public and semipublic sort of blurs out. And it wasn’t like I got buck naked. I was sort of half-naked. This allow me to keep a close watch on the fire circle without scorching Mr. Happy. Those around me were layering themselves with commercial grade clay. A particular earnest young woman approached with two fist full of clay. Why not, I thought. So I became a member of the Clay Tribe. Damn cold though.

Around the bend came the first set of headlights I’d seen since starting this late night hours journey.
The unknown Packard slowed beside me. Yelling out, he called: “Hey, Buddy, need a lift?”
My socks – no dryer than a used kitchen sponge and the blisters about to pop before completing my walk ahead. “Sure,” I said, “why not?”
Then did I notice poking my right hip a bulge in the map holder. “What’s this?” I asked.
“Oh, that pistol it’s just in case I run into trouble.”
I wonder what sort of trouble we were now looking to find.

You know how you sometimes get those feelings? You know… The ones where you toy with the idea of doing away with your partner, bumping off your boss, or wiping out the idiot who just cut you up in the street.

Everyone has them – those flights of fancy when we plan the perfect murder: Rat poison in the pudding; the severed brake pipe; the anonymous stabbing in a dark alleyway.

Don’t pretend that you haven’t.

The only real difference between you and me, is that when you say “Why would I?”

Tell them they’re all special. Make sure there are quotas for those who would otherwise not make the grade. Ensure they can take humanities classes – never mind exposing them to science – and the eliminate the traditional Western history and literature courses because they foster the “patriarchy.” Add Black Studies, Feminist Studies, Queer Studies, insisting that life is nothing but identity politics. Emphasize fantasty concepts such as “queer math,” or 72 genders. Provide safe spaces so students never have to come into contact with a countervailing idea. Tell them that they can change the world, then let them loose into it. Watch society go up in flames.

Why not? What could possibly go wrong?

Sir Edmund Hillary, the first man to climb Mount Everest, was asked why he climbed mountains.
His not so famous initial response was, “Why not?”
Vocal environmentalists and human rights activists responded on social media citing many reasons why people should not climb mountains. Such as: The irreversible damage caused to fragile alpine ecosystems, the accumulating detritus of climbing equipment, materials, and human waist, and the exploitation of local indigenous peoples.
Tenzing Norgay, Hillary’s Nepalese Sherpa guide was asked the same question.
His philosophical response, “Because it’s there”, was so much more succinct that Hillary claimed credit for the quote.

Unlike other children at the age of wonder, Dinah’s questions revolved
around why not each time I declined her demands, and what a range of
demands. If my reasoning was not satisfactory to her developing mind,
I felt her wrath. Not some standard child’s tantrum, but fire. Real
fire blazed from Dinah and I would receive the burn. After a year of
dealing with this demonic power, I realized I was ill equipped. I
took little Dinah to the fire station for a no questions asked
abandonment of my child. I mean, they have better tools for dealing
with her.

We selectively bred plants and animals to improve them.
Make them useful. Better.
We gathered bacteria and viruses, tested them, to make medicines.
Why not humans?
The law? Really?
You expect me to believe that?
Once, alterations cost a fortune.
And those who could afford them were above the law.
Now, anyone can afford them.
Which makes it impossible to police them all.
Pure is so rare.
You and me, unaltered.
But we’re not pure.
After all, I’m a copy of you.
Or are you a copy of me?
It doesn’t matter.
After I eliminate you, I’ll be perfect again.