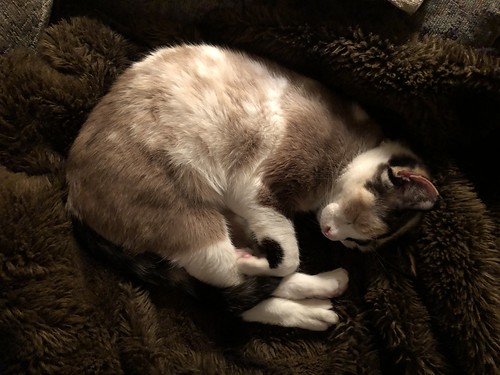 If only I had more words than the measly hundred I’ve been allocated, I could do so much more…

Short stories, monologues and pulp fiction would flow from my keyboard like there was no tomorrow. Novels, trilogies even whole serialisations – great tomes of storytelling grandeur would spill from the creative forge of my mind, finding form in the written word.

Whole bookshops and libraries would be filled by the outpourings of my creativity.

But I’m stuck with these lousy one hundred words… And what the hell can you do with that?

It’s not the first time that you’ll have found me, surrounded by the aftermath of my handy work, and yet looking strangely discontent.

You’d imagine that I’d be more than happy with my achievements – based on the sheer quantities of blood, guts and gore alone… But, if I’m honest, it’s really not enough.

You see, it’s just a little too transitory. I simply don’t have the luxury of lingering a while to enjoy the macabre show: That would be foolish and irresponsible.

And always, that same irritating voice in my head. “If only I had thought to bring a camera!”

No Regrets, Maybe One or Two

If I had to catalog all my galactic bad choices the mere index would take up a book shelf. But I guess the supreme “If only I had …” would have to have been following the siren’s call of Donald Henry Segretti. Though I didn’t end up in jail, so many had, I did become persona non grata in Republican circles. If only I had joined the merry band of Carl Rove I would have walked the hall of power like a god. And most likely become a major ass hole. Still it would have been one hell of a ride.

If I Only had a Tank
by Jeffrey Fischer

Commuting in the DC metro area is a game with no good moves. Public transportation is a joke and driving any distance is both scary and an exercise in frustration. Oh, and parking in DC itself is eye-wateringly expensive.

If I only had a tank, the commute would improve. I’m sure of it. No one would cut me off on the highway – well, not more than once as the .50 caliber machine gun would remove the offender from the road. Once on the surface streets, I wouldn’t be the one worried about scrapes and dings. And you know where you park a tank? That’s right, anywhere you want to. Who cares if it burns 50 gallons of fuel each way and costs more than $8 million? We’ll be traveling in style!

If only I had jumped in the car and taken off when I saw her coming across the parking lot: but she looked so different; and Sociopaths are always charming. If I had let my brain uncover the horrible memories of damage to other couples… But Social Predators are graceful in their lies. In retrospect, I fell a second time into her web of surgical razors, this time the central victim rather than a secondary fool. She enticed me to dependency, then despondency, and then I found myself powerless, observing.

If only I had killed her then and there.

Billbert clung to a tree branch forty feet above the school yard, hoping no one would look up and see him.
Naked, except for a loincloth made from a plastic grocery bag he wondered how he had allowed himself to be tricked into this situation.
No one did this at his last middle school. Why did he believe Roderick that everyone did it on their first day at this school?
“If only I had superpowers, I could fly away,” Billbert said, though he knew it was an empty wish. “Maybe I should jump. I can’t be embarrassed if I’m dead.”

“I’m getting the band back together!” was my usual rally cry for the for the past month.

Reviewing this week’s progress with Seth, “We have Alice set on maracas. Justin likes his high hat. Rachel on xylophone. Now, if only I had a kazoo player.”

“Seth! Really!? I didn’t know you knew how to play this whole time!”

Three weeks later, we were booked for a Thursday evening performance at the Tropicana.

Clearly, this had been some sort of a scheduling error, or a perhaps cruel joke by the departing events manager.

If only I had jumped when they all had. I would be soaring above in
the clouds with a pair of angel wings, the sound of my joyous laughter
ringing in the air. If only I had not been afraid. I didn’t have the
faith needed to follow the masses and blindly drop off the cliff. It
was insane. I tried to find someone who would side with me but I was
alone. Now, I’m alone, staring down at the pit of lava below as the
earth rumbles underneath me and I know I will be tossed into the
flames.

Disneyland doesn’t have employees, they have cast members. Everyone from Goofy to that guy selling mouse ears are actors. Even the girl taking your ticket for the teacup ride has a back story.

If only I had fit the Mickey costume. I could have stood around waving and taking pictures with vacationing families and drunk college girls.

There was a knight of Arthur’s band

Who did great deeds by strength of hand

Till Guinevere lay in his tent.

Disloyalty was his downfall

Without which he had had else all

“If only I had Guinevere”

Quoth he, “there’s nought else I hold dear.”

But all men know how that turned out

In Caxton’s book of Arthur’s Morte.

If Lancelot had not been false

Then things had not come to this pass.

But even in the courts of kings

And that’s why we can’t have nice things.

Some people think that flu shots give you the flu.
For years, I’d get a flu shot, and feel bad afterwards.
So, this year, I didn’t get a flu shot.
And I got the flu. The real flu.
Not just feeling bad afterwards kind of feeling bad.
The real flu. The coughing, sneezing, vomiting, chills and fevers, shitting your guts out flu.
I crawl on the floor, covered in a blanket, leaving a trail of tissues and God knows what else.
Clutching the empty orange juice container to my aching chest, moaning “I’ll get one next year!” over and over.