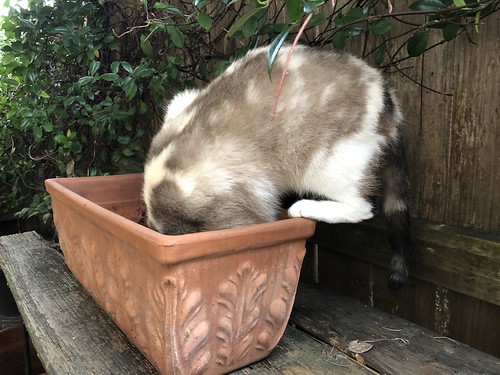 Power is over-rated. Not the stuff that squirts out the wall sockets to fire up your cell phones. That stuff is way cool. No, I’m talking about the force to direct the will of the masses. Raw, of times, evil actions who sole purpose it to show who’s on top. A reminder that there are big people and little people. Not talking brownies and fairies. Talking the folk who walk in marble halls. Funny thing is, in the end, even if you’ve walked in the marble hall, the last marble will reduce all your accomplishments to a hand full of words

Walk forward. Don’t give up. Even when they say you are not worth it. Power. Even if they… Power… Pow…
The robot stopped its roaming and blabbering. We all stared at it, expecting it to return to life as unexpectedly as it had started to move and talk.
“Perhaps if we walk away and come back, it’ll start again,” someone suggested.
But the robot didn’t move when we all did that, its arms awkwardly stretched back. We shrugged and walked away. The museum was big enough.
The robot rotated its head slowly and reprogrammed the data in everyone’s chips.

I’ve always been told knowledge is power, so I thought I’d try and prove it, and I’m ready to reveal my invention to the world.

It was surprisingly simple to develop.

There was no need to devise exotic new technologies; no messing about with dangerous chemicals or nuclear fuel cells; and the raw materials are all around us.

A couple of encyclopaedias will get you to work and back, whilst a university library will keep you going for a year or more!

I was a latecomer to the Marvel Universe… A minor character, written in to fill a gap on a storyboard.

By the time they got to me, they were scraping the barrel for new superpowers: All the good ones had already gone to the X-Men, the Hulk, Deadpool, and all the rest of those A-listers.

I suppose a minor, unremarkable character doesn’t deserve anything particularly special anyway, but I do think they might have made a little more effort for me.

But here I am: Doctor Boring… And my super power?

Power was delivered to the wheels through the Casemont confabulator. The spiral downdraft tube assembly provided the high octane oxidant to the Belkins oval-throat chambers at the side of the main assembly. We took our chances when we cooled and boosted both of the Merrymount thrust bobbins containing the spindle head valve jacks.

The zenith of measureable output came the day we readjusted the Neiki spinners in the flux field, allowing more ribbons of plasma to enter the Merrymounts.

Normally I don’t talk about my power…my powers. I read minds, heal the sick, see the future, and I make an earthshaking smoothie.

I keep a low profile, having been pestered by “friends”, relatives, and hangers-on. I exercise my powers inconspicuously and privately. Yesterday, I rode my bicycle past the clinic and cured eleven cases of skin rash and nervous leg. Today, I am buying winning lottery tickets and passing the winnings on to the local Vets Support Dogs club.

Everything is anonymous, but I clip all the news articles and copy the Twitter posts and other social media posts.

During the nineteenth century, the infamous – well, infamous if you happen to be a physicist – ‘War of the Currents’ raged.

An epic battle between Edison’s direct current, which he argued was far safer than the alternating current favoured by Tesla, and championed by Westinghouse.

It’s really all academic to most of us now: We just plug in, and play, and it matters little to us what form our electricity takes.

I’m not bothered either.

I just crank up the power as high as I can.

Because agonised screams and burning flesh don’t care if it’s AC or DC!

Frank and Jillian’s house already had some years on it when they moved in a decade ago. Jillian wanted to update the kitchen. “New cabinets and countertops, new floors, maybe an island. Oh, and a higher ceiling.”

“Really, Frank? What do you know about home repair? Let’s just hire a contractor.”

But Frank insisted had had seen enough house-flipping shows to tackle the job. He removed the old cabinets, got a friend to help with the heavy lifting, and took down the tiled ceiling. Several electrical wires dropped from the space.

“Hey, I wonder if these are connected to power.” Frank prodded the bare wire with his screwdriver.

Jillian used the life insurance money to hire a reputable contractor to finish the job.

Billbert stood up and set down his butter beer.
“Wow. You’re really pretty”
“Thanks.” Linoliumanda curtsied in her ballerina princess dress. “Here’s your magic wand. It has special power.”
“Really?” Billbert took the wand and waved it.
“Yes, really. Watch this.” She waved her wand at Billbert and said, “Windgardium Leviosa.”
“No. Don’t,” Billbert cried. He knew that the only real power the wand had was the power of suggestion. In his case, the suggestion was enough. He knew the meaning of windardium leviosa. Though he fought to remain on the floor, his grocery bag began to lift him up.

Dieting and exercise require a lot of willpower.
To eat the right things, in the right amounts.
And not to eat the bad things in any amount at all.
Also, to find ways to burn those calories.
If you don’t, then the problem solves itself, doesn’t it?
You get sick and you die.
Sometimes quickly, from a heart attack or a stroke.
Sometimes slowly, from diabetes or some other disease.
It doesn’t matter, really. When you gotta go, you gotta go, right?
I know a guy who died from eating carrots and celery.
Never mind that he choked to death.