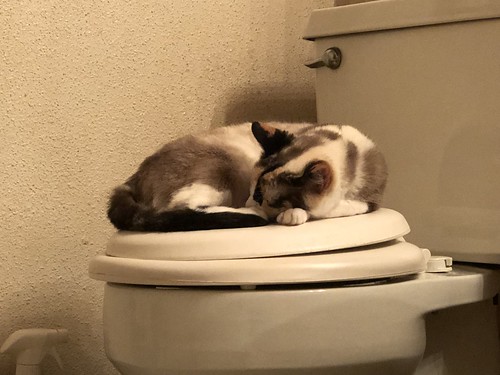 Roam the land and watch them hanging from a branch, flayed alive by animals with a human face. Kneel. Show them you are inferior. Take a risk and play the game. They will smile and disrespect you. They shaved your head and made you walk naked. They will take your submission for granted. With time, they will believe you. They will get distracted. Then, you will strike back, smiling, holding a whip in each hand. They too will hang, and they’ll struggle to breathe as you did. And they will die, swinging from that branch to never hurt anyone again.

Bobby Flay taught me how to make a proper, clear broth. You had to be able to read the mint date of a dime at the bottom of a six quart pan of broth in order to pass his initial unit on mother sauces and broths.
His full course was eleven thousand dollars. The courses supplemented his income as a chef, fitness “guru”, merchandiser, and blogger. He was friendly, but thinking of a grown man in a striped jersey as Bobby was silly and childish.
I worked for Flay at the Mesa Grill in Las Vegas plating baby Romaine salads.

Social media advocates decided they would flay me for my Tweets that attempted humor. None of my Tweets were retweeted or liked. Some people messaged me, directly, and browbeat me for being silly and inconsequential. Others made remarks about my lowbrow tastes and occasional indecency.

Lately, I tried my best with proposed names for pop up eating spots. I thought that a name for a sandwich shop could be The Mayo Clinic, and a little soup spot might be called Pho Pa.

I can see you are not laughing, and you are smirking. Well, please kiss my big, Portuguese ass.

*Pho is pronounced “fo” by gringos.

Uncle Bob was renowned for being tight. We joked, ‘he’d flay a fly for its hide’.

He never bought a round of drinks, gave to charity, or said, ‘keep the change’; and Christmas was like any other day: He neither gave, nor expected gifts, nevertheless I’d always visit him, with a bottle of whisky; although I never got to drink any. The bottle sat unopened, for the duration of my visit.

I was his only friend.

So, when he died, I had high hopes of being his sole beneficiary.

Guess what the old bastard left me?

The bottle of whisky!

A Simple Misunderstanding
by Jeffrey Fischer

Vinny patted his back pocket to reassure himself he had his favorite set of brass knuckles. This wasn’t his usual kind of job, but the guy was practically begging for a beating. He left for the studio with a jaunty step. When the studio lights came up, the audience clapped enthusiastically. The emcee introduced Vinny and some bimbo in an apron. When the emcee reached the end of his spiel, Vinny made his move. He whipped out the brass knuckles and thrashed the smirk off his target’s face. The audience gasped and booed but Vinny remained defiant. “Da sign says to Beat Bobby Flay, so youse can stick it.”

In an ironic twist, Vinny’s prison block turned out to be huge fans of celebrity cooking shows, so he spent many quality hours hoping for others to beat Bobby again.

Welcome to the Church of the Broken Soul.

Here, we make no empty promises of salvation and eternal life, we offer no messages of joy, and show no mercy or compassion.

We do, however, preach the truth, and whilst it may not set you free, we are at least honest about it.

And the One Truth we hold sacred, is that life is pain, and suffering; loss, and despair.

Our rituals and ceremonies celebrate and consecrate this simple truth, permitting our followers to glimpse the reality of true suffering, through personal experience.

Now, let us bow our heads, and flay.

Over Nights for Peoria

The Head of Programing had just fired the entire Creative Dept. The only man standing was Rudy, who somehow made it through the last three purges. He always had one project he kept to himself. Si Reynolds was counting on him. “Ok, kid,” said SR, “What ya got?”

“Marketing ran the numbers on a sub-sub group with 5 digit incomes previously untapped. We have designated them the “Flayers” “More,” enquired the VP. “What we had in mind is a cross between Texas Hold Em, Iron Chef, and An Evening With Marquis De Sade.” “And?” FLAY TO PLAY.

Flensing knives are used to flay, which is to say to cut off the skin, as when you flay off the hide of a deer before you butcher it. You want to carefully remove the skin intact, so that it can be tanned and made into leather of various qualities, depending on the animal. Cattle and bison produce heavy, tough leathers. Smaller creatures produce more delicate kinds. Kid skin gloves are soft and considered very elegant by many. Delicate knives are needed for mouse skin gloves for ladies.

Marsyas and Apollo
———
There was never a piper like Marsh. When he played, the birds would swoon off their perches.

One day, Polly shows up.

“Marsh, I hear you’re a mighty fine piper,” he drawls. “Think you’re as good as me?”

Marsh plays, and soon it’s like every crow for miles is coming to mob Polly. Polly whips out a pair of razor knives and he’s dancing, cutting crows out of the air. Marsh pipes harder and Polly dances faster, and we’re thinking what happens when Marsh runs out of crows?

Well, I saw, but I’d rather keep my skin on than say.

A minute later, Linoliumanda was back, wearing her new tee shirt.
“Come on.” She dragged Billbert toward the backyard.
Billbert hefted his broom. “I don’t think this is a very good idea.”
“Don’t be silly. On the command ‘Go’, you shout ‘Fly’ and we’ll race down to the apple tree and back.”
Just the thought of that word made Billbert’s underwear rustle.
They straddled their brooms and Mrs. Withybotham called, “On your marks, get set, go.”
“Fly!” Linoliumanda shouted and ran for the apple tree.
He shouldn’t stand there like an idiot.
“Ffffffffffffflay,” Billbert shouted and chased after his friend.

There are so many chefs on television these days.
Wandering the world, looking for new cuisines, and yelling at junior chefs in reality shows.
Meanwhile, in my own kitchen, all I need is a cutting board and a ceramic knife.
Raw vegetables are my thing these days.
Just slice up some celery, cucumber, green peppers… dump in baby carrots and sugar snap peas, and I’ve got a meal.
Okay, so I need hummus as a dip, but that comes in a tub at the store.
I take my veggie bowl and hummus to the sofa, and watch the television chefs.