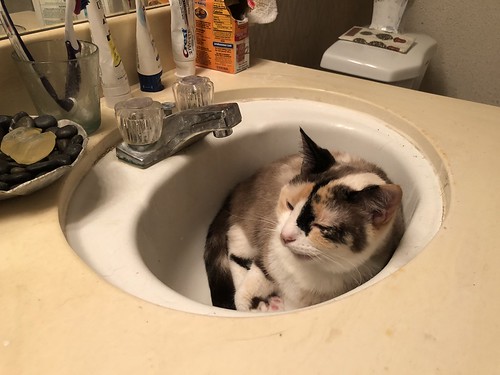 Darling Terminal
She checked her ticket for the tenth time. Stop it! Yes, you have it. She wanted to start a new life without any recollections of the past.
The monitors showed line after line, sometimes too quickly for her to read. Good thing they also used the artificial voice system blaring out information. The flights went out one after the other. And then the system had a burnout moment.
Her flight was called out but to a different destination. She didn’t care. That was her best decision ever. Many years later, she still remembered how he looked, standing at the terminal.

The train departs from Centraal, a triple-expansion iron colossus drawing a line of three-storey carriages on a double railway track. When it reaches Mitteweg, it has reduced to a single-track engine, racing as if to compensate with speed for its former magnificence. At last the conductor announces, “Terminal, Eindstation. Tout changer, alles overstappen.” Here, the train is a poor thing of more smoke than steam, for at Terminal the steam engine has only just been invented. You may hire a carter to drive onwards, but tourists mostly sightsee around the neighbourhood, then take the train back to the present day.

The Faces of Intolerance
by Jeffrey Fischer

When masked Antifa thugs smash windows, taunt cops, and assault others, they feel smug and act invincible. Unmask them, however, and the swagger turns to sour grapes about how losing their anonymity is “unfair.” Take a good look at those faces: they’re the brown shirts of the political left, uneducated and gullible, the ground troops of an ideological war that others run for money and power. The puppet masters in the media and political offices pronounce that country borders are racist, that the police are racist, that conservatives are racist. This justifies assaults on those who don’t share the group’s extreme philosophy. When arrested and unmasked, however, their anger turns to confusion. They failed to understand the consequences of accepting lies as truth.

The older I get, the more chaotic my life becomes.

There’s nothing wrong with my body clock – I know perfectly well when it’s time to sleep, eat and deal with the other necessities of life – my faculties haven’t faded quite that much.

However, my body calendar is a different matter altogether – it’s completely out of sync with reality.

I’ve no idea what day it is, I get confused about when to put the rubbish out, and, to my shame, I never know my wife’s birthday.

It’s the little things that matter the most.

Even the smallest of things: The most inconspicuous, infinitesimal and insignificant occurrences in life can have devastating outcomes.

Take that pinprick, for example… The one you barely felt and almost instantly put out of your mind, dismissing it as ‘nothing much at all’.

You really shouldn’t ignore it.

And if you understood the dire consequences of inaction, I can guarantee you wouldn’t be quite so dismissive.

There are all sorts of nasty things that can be delivered by means of a hypodermic needle; and in your case, I’m afraid that it’s terminal.

No Name
They’d been all but forgotten by the young queen and her prince. Of course they’d attended the grand wedding. Each had been given a golden pick during the reception, but that was long ago. One by one as each of the original seven had passed-on a black velvet cover was placed over the axe head. Happy, the number two dwarf, was gone. When word reached Snow White she made her way to the humble home of her youth. Since no one way left to cover the pick, it fell to the queen to place the velvet cover over pick two.

She was beautiful in her mask covered in roses, but it was the pinprick of a rose thorn, given to her unknowing by her darling prince, that delivered the poison that put her in this terminal condition.

The print on the page of her book went blurry as her weakened eyes went out of sync. She knew she could not drive her little trap through the fields of grapes to his chateau as she had planned. She had dressed as the Specter of the Rose to surprise him. He made such fine rose wine.

But she had made fine enemies.

She was beautiful in her mask covered in roses, but it was the pinprick of a rose thorn, given to her unknowing by her darling prince, that delivered the poison that put her in this terminal condition.

The print on the page of her book went blurry as her weakened eyes went out of sync. She knew she could not drive her little trap through the fields of grapes to his chateau as she had planned. She had dressed as the Specter of the Rose to surprise him. He made such fine rose wine.

But she had made fine enemies.

They took me to a room.
Rose was there with a mask over her whole face to help her with her breathing.
The diagnosis was terminal.
Day after day, I came to see her and bring fresh flowers.
But she was fading, and one day, she was gone.
“So, Mr. Melvin, what arrangements do you have planned for Betty?”
“Melvin? My name is Smith. And this is Rose. Isn’t it?”
They took off the mask. Not Rose.
“Oh, um… I think there’s been a mistake… didn’t they tell you…”
The hospital’s attorneys worked quickly to find where they’d sent Rose.