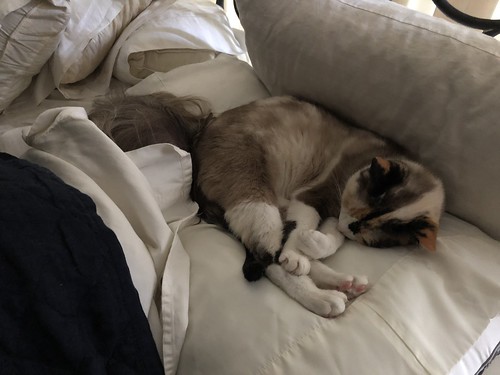 Win
———
General Wei addressed an cadre of aspirants to the Supreme Guard, saying, No kingdom can stand without warriors, but if there is even one worthy of the name, then the kingdom may be preserved.

A student asked, What is a warrior?

General Wei answered, A warrior is someone who wins. In everything that a warrior does, every thought and action cuts through to winning. Death is the only thing that can defeats a warrior.

The student asked, Shall one day, even death itself yield?

General Wei drew his sword and sliced the student’s head off. The other students were enlightened.

“Some you win… And some you lose!”, smiled the croupier as he turned his cards over to reveal a full house.

It was a rough night.

I was out of cash; my credit limit had been extended – twice – and, unless I could win my car back, I’d be walking home tonight.

I scribbled a note on a napkin, signing it with a flourish – “All in. I stake my soul!”

He smiled again and dealt my cards.

He wasn’t smiling when I revealed I held a royal flush!

And that, my friends, is how I won Satan’s soul.

I’ve never believed in the concept of a ‘win-win’ situation. I don’t care what the outcome may look like, there’s always going to be a loser, somewhere along the line.

It’s basic physics: You can’t make something out of nothing; every positive has to have a negative, and; every action has an equal and opposite reaction.

Some may believe the Lord giveth and the Lord taketh away, some may talk about The Butterfly Effect, some will always look for hidden strings attached.

As for me: I just assume somebody is always a loser.

I know, because it’s almost always me!

If my numbers should ever come up and I win big time, I’ve already decided that I’ll tell no-one.

I’ll just quietly quit my job and head off to see the world on the premise of being offered a fabulous job opportunity abroad, or something along those lines.

I’ll probably write a few anonymous cheques for good friends and family, and they’ll never know their benefactor, or where it’s come from.

And whatever’s left over…

Will keep me secure and happy, for the rest of my life.

So, if I suddenly go missing.

Promise me, you won’t tell anyone why!

What’s the criteria? How could he win the devotion of his listeners? Would he have to do calisthenics in the radio studio while some listeners tuned in to the live, video feed? Would he have to go on for a five minute rant about his personal “journey”?

His journey included going on a plant based diet, running the trails in the woods, riding his bike on marathons, writing letters to his young son, or reminding us daily that he was entering the eighth month of his personal journey.

I prefer solo ministries. The one in my head suits me fine.

Most of his evening news show is tedious, as there is a lot of boring and repetitious discussion about the current news and way too much news about Seattle politics, including the amount of money being wasted on managing drugs, the homeless, bicycle trails, automobile traffic and sports stadiums.

I like it when he talks about his old girlfriends in Texas. He always reminisces about Stacy. Stacy never asked questions, never said no to anything new, always had her own money, always smelled like fresh flowers, and had a good vocabulary.

Stacy was the girl that would win his heart.

At the end of the year, everyone who had turned 18 received an envelope in the mail. It contained a ticket and a note. The note had instructions about what they had to do – go to the Orange Plaza, place yourself within 10 meters of the Beam to travel through time, and wait.
And they waited.
Suddenly, the beam buzzed.
All the kids were turned into mush.
No one had told them that every 18th group had to be sacrificed to feed the Beam.
The tickets were scattered on the floor, a sad reminder of what they could’ve won.

Third Best Moment in my Life

I’m a gamer. If I listed the games I’ve played it would be way longer the ten, one hundred stories. My favorite was Tempest, but that one wasn’t the one that I consider my best personal win. The 1985 Gauntlet on the home computer was a transient experience. The last level of the game was an open field edged with cave openings you could run into for safety. And what was I running from. A giant winged devil that with a mere touch sucked 1000 hit points a second. Dead in seconds. So how did you win the game Tom?

The High-Tech Train
by Jeffrey Fischer

Washington’s Metro system touts its new 7000-series cars as the latest and greatest in subway transit. Maps can change dynamically, showing the next stop and each subsequent stop on the line. Announcements are made via a robot voice instead of the driver, so passengers have a fighting chance to understand the content. Each car is outfitted with a small monitor that shows ads touting the Metro system – although it’s far from clear that this is an improvement in anyone’s life – along with specific information about the next stop: whether the stop has a parking garage, car sharing, and so on. One day the monitor displayed a box in the middle of the screen and everything, including the ads, froze. Sure enough, a closer inspection of the screen showed an error message and a suggestion to reboot the system in an oddly-familiar font and format. Good ol’ Windows XP – don’t ever change!

Winner Take All
by Jeffrey Fischer

Zach and Tommy decided to play a game. “Whoever can hurt himself the most without crying wins. We’ll take turns,” Zach said.

Even stoned, Tommy thought this was a bad idea, but he didn’t want to lose face in front of much-cooler Zach. “Okay, I guess. I’ll go first.” Tommy scraped his knuckles until they bled across a rock.

“You call that hurting yourself?” Zach took out a pen knife and stabbed himself in the palm. Tommy ripped off a fingernail. Zach used the knife to cut off the tip of his pinkie. Tommy jumped off a small cliff, onto the rocks below, ripping up his knee and spraining his ankle. Zach thought for a moment, then reached in his backpack for a gun. He shot himself in the chest. With his last breath, he said, “What do you have to say to that, Tommy?”

Tommy looked at the corpse. “I win.”

I call it The Paradox Game – something to pass the time on a Sunday afternoon, to stave off boredom.

It’s very simple – you pedal, to generate the charge that keeps the electromagnet, holding you suspended and safe. Stop pedalling, and you’ll fall to your death.

The faster you pedal, the stronger the charge, the safer you are.

But your body completes the circuit.

And the faster you pedal, the stronger the charge, and the greater the agony.

But surely, if you survive, you win?

Either way, I am the real winner here.

The only good win is the long term win, the one that doesn’t require you to keep looking over your shoulder to see if the relatives of the Viking you slew last fall are coming to get you in springtime, or if the team that you defeated at the end of the season has been training a hundred times harder than you to topple you from first place.

Why bother winning if everybody wins?

Acting like the broom did all the work, Billbert leaned in and shot forward like he wanted to win a race.
Linoliumanda squeeled with excitement and squeezed her arms tighter around his chest.
Billbert had never had a girl hold him so tight, and he liked it. He flew above the trees then doubled back over the houses, invisible in the moonless night sky.
As they approached Linoliumanda’s home, a police car pulled up.
They landed two houses away and walked toward the policeman as Mr. Withybotham ran out of the house, shouting, “There’s the boy who kidnapped my daughter.”

When Ted was a kid, he was a fan of the Minnesota Vikings.
The Minnesota Vikings have never won the Super Bowl.
Still, every year, he prayed for the Vikings to go to the Super Bowl and win.
But they never did.
Ted played football in high school. And he was good.
Good enough to get a college scholarship.
And then drafted into the NFL.
By the Browns. A team other than the Vikings.
“TRADE ME TO THE VIKINGS!” screamed Ted at his agent.
He refused to play for the Browns.
And shot himself.
He was given a Viking funeral.