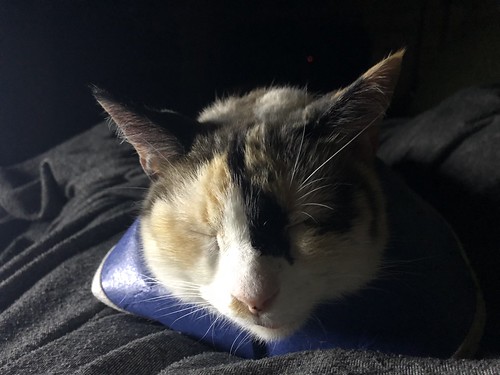 “A bear. Run.”
A bear? In the house?
He stood up and opened the door. The house was quiet.
At the end of the corridor, he looked down. The stairs were clear.
A step. Then another.
When he turned to enter the living-room…
“A bear. Run,” he yelled.
He’d never run up the stairs so quickly.
He locked the door and hid under the bed, as if that’d help him.
For weeks, social media was flooded with photos of his horrified face when he saw the embalmed bear.
Life became difficult while everyone else was having a laugh.

Chaos
———
General Wei surveyed the battlefield that portended final victory over all the Empire’s enemies, but his spirit grew uneasy. He sent for the monk Bakun. “Always have I striven to defeat chaos with order,” said General Wei. “Why should I not at last complete this task?”

General Wei was enlightened. Thereafter, with hidden hands he always cultivated new enemies to replace those he defeated, and so maintained the vigour of the Middle Kingdom.

And throughout the kingdom, the land was at peace; wars ceased and the economy prospered.

These were the good times when the people flourished in prosperity and happiness.

All the nations around were perplexed. ‘Surely’ they mused, ‘with Chaos on the throne, the country should be a mess?’

However, we knew better.

Chaos was a puppet king – all the power in the kingdom lay in his advisors, the wise men and the sages.

Indeed, it was they who had insisted he be crowned.

Far better to have Chaos under our control, than running amok amongst the people!

Chaos theory is applied to fields as diverse as mathematics, physics, biology and psychology. In the discussion of chaos, The Butterfly Effect is described. A butterfly flapping its’ wings in China affects the weather in the Southern U.S.

My ex, flapping her lips, affected the normally stable state of my mental health. I was chastised for a number of things. Scratching my head, watching junk T V, eating too fast, being too fat, etc.

My wife was a family therapist. This included counseling of married couples. I was her second husband, and after our marriage, she married a third time.

In the beginning, chaos filled the void, and it was formless and without order.

In time, the world was created and the ancient rules and laws of nature were laid down, in perpetuity.

Mankind arose and subdued the world, making it bend to his will and supply all his needs.

The world and everything in it became man’s property: The fields and the mountains, the birds of the air and the fish of the sea. And man looked upon it, and it was good.

But man forgot one thing.

Chaos still lurks beneath the surface.

And I’m coming back… Soon!

The Suicide of the West
by Jeffrey Fischer

When the first bomb detonated, panic ruled the streets. Subsequent explosions only added to the chaos and carnage. Would this time be different? Would this attack on civilians finally be the one to bring together politicians and voters, Left and Right, to call for an end to meek acceptance of terrorism on our shores? Or would it be more of the same: empty platitudes, prayers for the dead, calls for even more tolerance toward those who do not share our values, calls for opening the gates even wider to admit more sick minds, all in the name of “diversity”?

The question is largely rhetorical. The West is dead, a victim of self-destruction, even if parts of the body still twitch, a reflex from those who cannot yet see what has happened.

With the words, “I’m in love, Dad”, two lives were suddenly in chaos.
Billbert and Mr. Withybottom looked at each other and shook their heads.
“I think I’d better go, now.” Billbert handed Linoliumanda the broom.
“Not yet,” she begged.
“No, Linny. He’s right. It’s getting late,” her father said.
Her face turned red and tears filled her eyes. “Dad. You can’t chase all my friends away. I’m thirteen and I won’t be your little girl forever.”
“But, you are right now. Go to your room,” Mr. Withybottom pointed up the stairs, turned, and closed the door in Billbert’s face.

Today I cleaned out my Desk

My TA would shake her head and say, “The room is in total chaos.” I never liked it much when it was too quiet, always felt things were real buzzing when the under current in the room started to rumble. When voices run and bounced about. I could always talk above the din. Some folk didn’t care for this type of instruction. This is why my year review tended to be split between “fire this guy” and “the best teacher I’ve had.” The dean would shake his head and say “Total chaos.” I say, “one day you’re going to have to fire me.”

Wired to think or Wired to feel? One world, consisting of both that are very different, creating a separate planet for each to live on. One and the other incapable of knowledge and understanding of how each part works creating a disconnect of isolation for the emotional being that makes the world they are forced to sit in and endure, unbearable.

Engulfed in flames of feeling that burn to the core, all the while, trying their best to navigate a world of logic that has no commonplace within an emotional being forced to learn logic to exist in Chaos.

To the media, he is The Lord of Chaos.
But to me, he’s just Steve.
Steve’s a patient of mine.
Comes in every two months for a cleaning and checkup.
His insurance covers only two cleanings a year, so he pays out of pocket for the others.
“I swear, it’s in one of these pockets,” he says, fumbling around his cargo pants and shirt and jacket.
He checks his backpack, then his laptop bag.
I’m about to tell him to settle up next time, but he says “Ah, found it!” and hands me a few bills. “See you in April!”