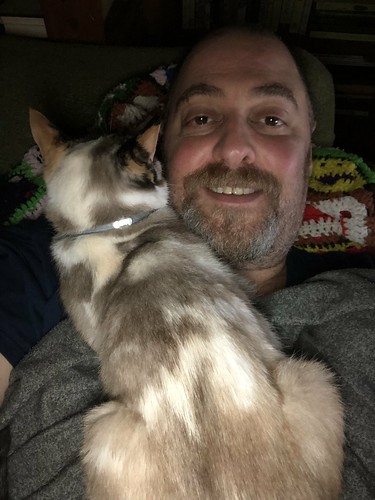 The minefield skirted the fountain. If the careless crossed at the wrong angle, the chemistry and the genius behind the craft of the sodium incendiary would remove anything above two feet off the ground.

The giant salute would drive the engine that extinguished each candle in the troop.

In case anyone survived the blast, the entrenched squad would take them out with fifties.

The war started because two idiots disagreed about the demarcation between the two countries.

In reality it was a simple fence line that was at the basis of the war that killed thousands and maimed thousands more.

The case held the candle that was used to start the kindling in the boiler. The boiler produced the steam that drove the engine. As the operator steered the heavy device, he would salute the officers in the stand. He’d throw a pinch of sodium in the boiler.

The heavy machine would later evolve into a seagoing craft. The angle of the bow could slice through the seas, leaving a fountain of spray in its wake, and a veritable minefield of surf at the stern.

Surfers would cheer any time the craft put out to sea or circled the bay.

The train left the station. It was empty. No passengers.
Halfway, the engine exploded. There was only one casualty.
No one knew that the train was packed with cases of secret files, the kind of files that would have been talked about for weeks.
The explosion was not reported in the media.
When John, the farmer, picked up a bunch of bits and pieces of paper off his land, a reporter showed up.
The reporter was told to get the hell off his property.
John packed it all in a box and burnt it.
He knew when to shut up.

After many days of trekking through this God-forsaken rainforest, half eaten by biting insects and fearful of the ever present threat of venomous snakes, scorpions and who knows what other terrors lurk in the shadows, we finally attained our goal.

Too late for Robinson, lost to the rapids and crocodiles; but it has been worth the cost, and we salute him for his sacrifice.

There before us: The Fountain of Youth.

The only problem – the map for our journey home had been lost with Robinson.

But at least we now have a lifetime in which to retrace our steps!

BOOOM
He was a most creative child. Built these Mindfield Fountains. Started out with strings of buried firecrackers, made his way up to rings of TNT. Finally with the help of the Turkish government he cover an area about the size of Rhode Island. It was pretty hard getting volunteers for the project, but the Turks were more than happy to help with that one. Good to the last Kurd. Last I heard of him he was working closely with a sleeper cell in South Africa. Or maybe it was Angola. Some call him gifted, I call him a fuck.

I stood beneath the amber glow of the sodium streetlamp, lit up another cigarette and drew upon it contentedly.

In the darkness across the street, a body lay, rapidly cooling, lifeblood draining thick and warm, into the gutter.

It’s these moment’s I live for: The quiet, reflective peace that comes in the aftermath of violence. Time to dwell upon a job well done.

Finishing my cigarette, I made the call.

The Police would be arriving soon.

And I’d be back too… Only in my official capacity, as detective inspector of homicide.

Although this is one case that will remain unsolved.

The Art of the Spiel
by Jeffrey Fischer

Kirsten uncapped the fountain pen and tapped the barrel against her teeth as she stared at the blank page. Slowly, word by word, the draft of her speech emerged. This was to be the most important talk of her career and she wanted to craft every sentence perfectly, highlighting her thoughts and avoiding the subject’s minefields.

Unfortunately, Kirsten was a bad writer with incoherent ideas. Even the most exquisitely crafted pen could do nothing to improve the quality of the words on the page. The definitive word on “Sodium Chloride: A Salute to Salt” would have to wait for another day.

The test for the Controlled Variable
———
The spacecraft, pretending to be an asteroid, drifted on a path calculated to cross the asteroid belt.

The minefield watched the incoming asteroid and calculated its path. It had a nearby mine send a puff from its ion engines that would nudge it into a very slightly different path, that in half a million miles would crash into another asteroid.

The spacecraft sensed the impulse. It puffed gently with a thruster, to avoid the predicted collision.

The mine observed the change of course. Coincidence? It puffed again.

The spacecraft corrected its course again.

The mine exploded. Twice is enemy action.

The candle in the window was a ruse, you know. Men in pristine dark suits following the book by rote crouched behind bushes. Step one, have you rebooted? Step two, is it plugged in? No deviation, ever.

The flame quivered as she laughed, allowing a quick glimpse of the case through the window. Like a scamper of rats they were as she made her way downstairs.

The documents? On the cat of course, sliding unnoticed into the storm drain.

Held Inside the Magical Craft Case

Sitting by a fireplace the aged lady, nearing the end of life, had but one enjoyment left. Though the task heavier an ordeal to complete, the mere happiness from within it created was magical. A pin here, a stitch there, buttons for eyes and locks of golden yarn for hair. A doll is born from contents within, to be passed to a child to comfort N love, grow with and hold dear.

A forever friend to hold secrets unbearable to share, created from the contents inside Grannys Craft Case.

Billbert walked toward his home. When it occurred to him he should fly–it was dark and no one would see him–the sound of an engine approaching stopped him in his tracks. He turned to see a car angle toward him.

Though the driver rolled down the window, glare from a sodium-vapor street lamp obscured Billbert’s vision. He raised his hand to his forehead like a salute, blocking the light, and asked, “Do you want something?”

Mr. Withybottom growled, “Yes. I want you to come talk to Linny. She won’t stop crying.” In a much softer, gentler tone he added, “Please.”

I love floating candles.
My cat Piper loved them, too.
She’d drink the water from the floating candle bowl.
So, I took out the candles and she used them as water bowls.
I needed a place to float my candles.
So, I opened the back of the toilet and floated them in there.
But they’d capsize and go out when the toilet was flushed.
Or clog the pipe if they got past the flapper.
Finally, I’d float them in the spare bathroom’s bathtub.
And they looked really cool in there.
But I rarely went in there to enjoy the lights.