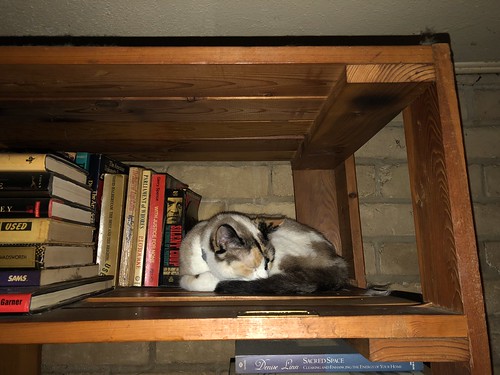 Linoliumanda was crying and Mr. Withybottom thought Billbert could do something about it.
In the luminescence of the street light, he dug his hands into the pockets of his hoodie as if he would find a solution among the bits of lint.
He wasn’t used to talking to girls.
“Sure. Okay, but, what am I supposed to say. Shouldn’t she talk to her mom, or something? I mean, she is a girl and everything.”
“Don’t you think we’ve tried that?” Mr. Withybottom began, then softened his words again. “Linny won’t open her door. She says she’ll only talk to you.”

‘He had a good life’, I said to myself, and now his body had been laid to rest, the time had come to celebrate that life.

As always on these occasions, I reached into the depths of my drinks’ cabinet and dug out the familiar bottle reserved for these sombre moments.

I poured a generous measure of the twelve year old Macallan and drank a toast to his memory. Just a single tot – this bottle was saved only to mark a death.

I swatted dead yet another irritating fly.

‘He had a good life’, I murmured, pouring another measure.

The hole must be big enough, he thought.
But he wasn’t sure he wanted to do it.
He wasn’t sure he wanted another flower or worse, another task to take care of every day. Water the plant and add fertilizer, and all that.
But he continued.
Just a bit more, he thought. The hole was big enough for him to fit in it.
This should do.
He turned to stare at her horrified eyes.
“Don’t worry my treasure, you’ll bloom like all the rest.” And he waved his arm around to show her dozens of mounds with beautiful flowers.

I dug the vibes at Frank’s house. He always had a cigar box full of stems and seeds that needed cleaning, and as a reward there was plenty of good weed to roll up.

He invited Mississippi Blind Lemon to play as a half dozen of us sat around the big living room, leaning on the walls and listening to Lemon sing and play funky blues.

We drank Gallo Burgundy, and nibbled on apples and chips. Those were the days. No pretensions, no angry words, no one bumming anyone out and harshing anyone’s vibe.

My ego dissolved away that summer.

I used a large auger on the post hole digger, and dug a hole in the back yard. I filled the hole with water, and tied a bucket to my feet. I jumped into the hole, pulling the bucket over my feet.

I drowned in the tight hole, unable to move my limbs. The bucket covered me and hid me from anyone looking over the fence.

The dogs left me alone, afraid of the bucket.

A full year passed before someone came by, kicking the bucket, and exposing the skeleton in the post hole.

The police ruled it an accident.

The archaeology team stared at the dusty sarcophagus. Over the past months they had painstakingly burrowed their way into the burial chamber and carefully dug out the final resting place of the so-called Black Pharaoh, who was rumored to control the spirit world as well as all of Egypt. Now the team waited for Professor Bilson to open the object. Bilson hung back, reluctant to break the seals. Bilson could see no way of avoiding the honor while still saving face before his team and so, crowbar in hand, he pried open the heavy lid. The Black Pharaoh stared at Bilson, the ruler’s eyes full of life. As the pharaoh’s consciousness forced its way into Bilson’s mind, the professor screamed.

For as long as I can remember, I’ve dug graves.

As a child, I became something of an expert in digging them for expired pets; first my own, then as I developed an aptitude for the task, I started to offer my services to the neighbourhood children too.

I’ve never been a professional gravedigger, despite keeping my hand in well into the present day… Let’s just say, I dig graves on an ‘informal’ basis, as the need arises.

Only these days, I dig them vertical: There’s simply not enough space left in the garden to do it the traditional way!

In past 100 word stories I have copped to the fact I have been a heavy video gamer. So it will come as no surprise I have dumped a bunch of coin into a “DIG DUG” arcade machine. Basic game play is you dig a number of vertical tunnels, get the monster to follow you up said tunnels that has a rock directly above, move out way of the falling rock, smash monster. The main strategy was to go deep, wait for monsters to combine at the bottom, led a line up tunnel to falling rock. Not exactly rocket science.

Go ahead. Dig your own grave.
Here’s a shovel.
Don’t feel like digging with a shovel?
Then here’s the address of a place you can rent a backhoe.
You might need some lessons, though.
I’m sure there’s a contractor you can hire.
But that’s cheating.
That’s someone else digging your grave.
You’re supposed to dig your own grave.
Maybe if you tried to dig in softer ground?
You could use a pickaxe to break things up a big before you dig.
Oh, and did you call the gas company to make sure it’s safe to dig?
Safety first, you know.