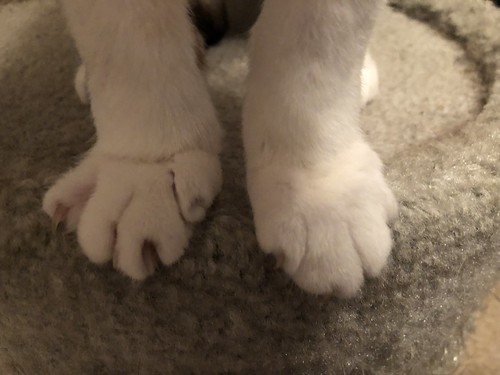 I can’t recall a dispute I was ever engaged in. For my whole life, property, creative design ideas, legal issues, etc., were never anything I was concerned, nor enmeshed, in.

I’m afraid the day I am in a real dispute with someone, I will pick up a shovel, and smack the one I am in dispute with in the back of the head, dragging me into a manslaughter case.

Disputes hurt them more than they hurt me, but the effect on me is extreme. I dislike shouting, and spittle in the corners of an opponent’s mouth, and high blood pressure.

The four men sat at the table surrounded by birds chirping.
“This racket is driving me crazy.”
The others shrugged and continued to talk about the plan.
“All weapons on deck?” he asked.
The others nodded.
A map appeared out of nowhere.
“What if he’s dead already?”
“Then, that’s it.”
And he thought, no, that’s not it. First, I’ll come back and kill these damn birds. Then, I’ll get rid of you cretins. And finally… Why not?
He pulled out two guns and shot the others right there and then.
Sometimes, there’s no point in waiting.

I’ve been in dispute with my insurance company for the last few months. They maintain that being struck by lightning is an act of god, and therefore I can’t claim under my policy.

I, on the other hand, maintain that they’re just hiding behind a legal loophole and are unreasonably withholding the compensation I’m entitled to.

I won’t win though – I’ve made enough claims and seen enough refusals to know that the ‘act of god’ clause can cover pretty much anything they want it to.

So, I’m moving from Mount Olympus… Too many gods, and too many wild parties!

I’ve always been a fan of the old fashioned methods of settling disputes – talking things through and getting counselling are all well and good, but they take too much time, and both sides always come away feeling they’ve had to give something up.

It’s much better to have a proper old fist fight, or if you’re feeling civilised, the traditional duel with pistols at dawn.

But, in my mind, you can’t beat the old ways: Trial by ordeal, fire and ducking stool.

Of course, even if you’re innocent, the chances you’ll survive are slim.

Oh for the days of civil dispute, when everything was dial back to a 4 at best. Reasonable voices voicing reasonable points of view. Who’d thought that the loudest screams would be coming from the black and white pixels that makeup computer text? If an army of moms where hovering just behind their recalcitrant off-spring I can assure you a snap to the back of the head would clear up a considerable amount of this rage-a-roma. It is sad we so easily confuse fighting for arguing. That winning is everything and at all costs mentality is norm. Too much red-meat.

A Happy Ending
by Jeffrey Fischer

When Marty got through to a customer service rep, he explained in no uncertain terms why he was disputing the charge to the Happy Endings massage parlor. “But the business has your card number and code,” said the rep. “Has the card been out of your control?”

“Not that I know,” Marty said. “I’m just telling you the charge isn’t mine.” When the conversation was done, Marty turned to his wife, who had been listening to his end, and said, “See? It was all a mistake.” She nodded, though her icy expression didn’t change.

Marty made a mental note to be more careful with his credit cards in the future. He had to remember to use the card his wife didn’t know about.

Billbert flew low over the houses of the neighborhood with Linoliumanda clinging to his back. He checked his watch. She had said they had a half hour before her father checked on them. He couldn’t dispute that. He didn’t know her father like she did.

Regardless. He would not have her back a minute late. He didn’t want to find himself in the middle of a family dispute.

By the time they returned to her room, the only part of him that wasn’t frozen was his back.

But it was worth it to see the smile frozen on her face.

Dispute is the name of the fragrance.
The scent of anger.
To some, it’s a putoff. But to others, it’s a turnon.
The heat pours off of them like water in the shower over their body.
It’s hard to resist, but you have to try.
Fight it. Fight it with all you can.
That’s where the dispute happens.
Within you.
Fighting against yourself. Your instincts.
What you want… what you desire most.
But you know you shouldn’t have.
What you don’t deserve… don’t you?
Stop resisting. Stop punishing yourself.
Take it. Take it now.
And end the dispute, won’t you?