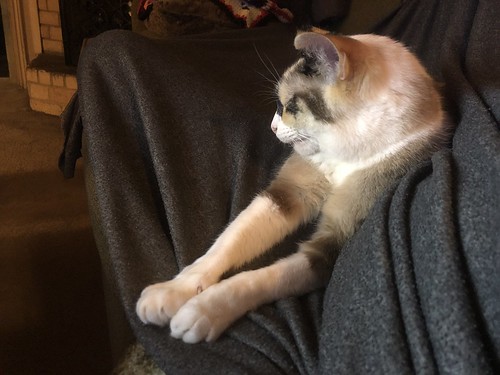 “Brace yourselves for the worst storm you have ever experienced. The winds will be cyclonic, the rain torrential. You may want to get these raincoats on. The waterproof boots will be extremely helpful too. Oh, and I advise you to wear these glasses to protect your eyes from flying debris. You’ll never forget this experience, I assure you.”
The group was skeptical, considering how beautiful and peaceful everything looked.
“It better be epic. We paid a lot of money for this.”
After a long wait, the only thing that flew was Steven, the guide of the weather-themed park.

I am what you might call a very frequent flyer. Almost every working day, and most weekends, will see me on a plane to some far flung destination.

There’s only so much you can do on a flight: Once you’ve seen all the in-flight movies, read the brochures from cover to cover, and spent far too much time sleeping, boredom becomes a huge problem.

Being something of an artist, I’ve taken to altering the emergency procedure cards.

Then, mid-flight, when no-one’s looking, I shout ‘Brace, brace!’ and laugh at the ridiculous and obscene poses I’ve instructed everyone to assume!

I’m a great believer in transparency and openness: It can make such a refreshing change from the nonsense that’s constantly peddled as fact, every day, in every situation.

We all know politicians lie, there’s no such thing as a free lunch, and no bargain is too good to be true. There are always strings attached and when we say, ‘with the greatest respect’, respect it couldn’t be further from the truth.

So why mess about and lie? Let’s be honest and tell it like it is.

That’s why I’m warning you…

This is going to hurt.

A world at war…bombs, shootings, death surrounded the soldier. Much unknown to the family at home with little communications and the few that there was were weeks even months between. Nothing left but to wait and wonder if the dear loved one was wounded, captured, dead or alive.

The mother gazed down the dirt road day after day waiting for her son to return many of which she would turn in at night after not seeing her son walk the path. Finally, the day came, out the window, she saw her son but a different version limping wearing a brace.

Winking at Your Discords

“Have lost a brace of kinsmen,” said the Prince, “All are punished.” I was just 14, I’d like to have called it my first date, but it was actually a hook-up, decades before the term moved into modern American English. A brace of kinsmen, the language was somewhat fun, when we read it in freshmen English class, but when it was delivered on the wide silver screen it hammer home, lost, folly, and how damning social conventions can be. Before Zeffirelli I had mild interest in words, after 1968, a deep devotion. If words lose their meaning, all are punished.

Nomily braced the door open with Kevin’s body. She could not risk the growing wind blowing it closed and trapping her in the little bunker once she had finished.

She took out the small notebook in which she had written down Dr. Winslow’s instructions and began to carefully enter the complex pattern of numbers on the several keypads, breathing slowly and focusing her attention as completely as she could, despite the danger. In the back of her mind she retained the thought of how preposterous it was that she was, perhaps, going to be the savior of all of Humankind.

No dispute was possible about the matter. The young upstart had rebelled against the crown and he must die before he did England any more damage. Moreover, he must not be allowed into the presence of the Queen. If once they were together he would look at her with those exquisite eyes, give her that smile, and she would commute his sentence of death. He held in thrall the heart of the most intelligent woman alive.

Therefore, the ring, which she had given Essex as final pleading against his pride, must not reach her. Stealing the salvatory ring, he fled.

“Brace yourself,” Billbert told Linoliumanda as they landed on the eves. They crawled back through her bedroom window.
Billbert looked at the turtle clock by Linoliumanda’s bed. “We’ve been gone forty-five minutes. Your dad is going to freak out.”
As if on cue, a knock came at the door.
Linoliumanda said, “Brace yourself.”
She grabbed Billbert by the head and planted a kiss on his lips and held it until Billbert ran out of breath. She mussed his hair and then her own before she opened the door.
Her father took in the scene and demanded, “What’s going on here?”

FDR’s legs were paralyzed by a bout of Polio.
So, he wore braces, and learned to drive a car by using hand controls.
He challenged himself to walk with braces and canes from his front door, down the road, to the mailbox at the front gate.
It was a quarter of a mile.
Despite trying day after day, putting himself through the grueling and painful exercise, he never managed to make it all the way there.
Oh, he pushed himself hard, but he never made it before finally giving up.
And even if he did, how would he get back?