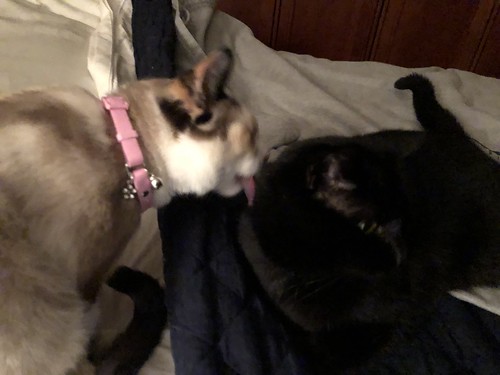 To my grandmother who loved daisies

Winter is coming, they say. The flowers will go to sleep.
But these daisies flourished on. They never gave up.
The rain flooded the flower pots. The snow stifled everything cold. And they still managed to bloom.
He plucked a few and placed them in a beautiful jar. They collapsed that same day.
It was strange but also somehow comforting.
Eric felt his grandmother had something to do with this because she loved daisies.
He sneered. “Yes, Granny is watching from heaven and all that.”
Heaven was a strange concept for him. But then again, resilient daisies were that too.

The day that Jack exchanged the cow for a bag of ‘magic’ beans was not one he’d look back on with any pleasure.

His mother was unimpressed and flung them out of the window, whilst Jack hid away in his room and hoped she’d forgive him.

Turns out the beans weren’t beans at all, but flower seeds, and the next morning the garden was full of gigantic sweet peas.

He picked a bunch for his mum to placate her.

It didn’t make her any happier though – she didn’t have a vase anywhere near large enough to display them in.

Over time, the pain begins to blossom and grow, like a flower unfurling its petals reaching out towards the light. Tendrils enveloping your vitals, spreading throughout your body.

The pain fills every fibre of your being; poisoning you, destroying you – both body and mind.

Then, in the fullness of time, when the time is ripe, I burst forth from the husk of your body… An explosion of blood and gore.

My spores, flying through the fetid air, seek out new hosts to make their home.

A Dash of Panache

As I noted last week I began my forays into courtship in the last 60s and by way of the timing of said wooing had little to go on except the practices of the two decades before. Theirs humble epochs were informed by the machinations proposed by the film of that time. A care taken to impression a celluloid female was to produce from behind ones back a gathering of flowers. The choice of roses a premium, thus a more excellent level of the heart. The wrinkle I add to this was to give half the bouquet to the mother.

The Corpse Flower produces the largest unbranched inflorescence of any plant in the world. It blooms rarely and people travel long distances to see it, and inhale the pungent odor of decaying meat. Its dark burgundy color looks like meat, and it raises it temperature to 98 F. to further imitate the preferred diet of the carnivorous insects that come seeking a meal and leave disappointed: but covered with the pollen that ensures the survival of the species.

If you have a greenhouse and you are tired of saying “Oh Look, the Calla Lilies are in bloom,” try growing it.

Winning was going to be a combination of grinding, tedious patience coupled with a downright rustic simplicity, a mindset that would allow him to plow through the confusing maze of rules and exceptions to the rules that would have done justice to the devious mind of a writer for the Infernal Revenue Service. But Arthur wanted to be a winner: he wanted to be the only winner, the winner who gained all of the prize.

He looked at the perverse architecture of the pagoda, with its tentacle-faced idol set up in warning, and walked toward the entrance to the crypt.

Linoliumanda’s father put his fists on his hips and waited for an answer.
She wiped her mouth with the back of her hand. “We’ve been kissing, Dad.”
Billbert was considering what kind of flowers he would like at his funeral when her father opened his mouth, waggled his finger in the air, and then turned, descending the stairs. “It’s getting late.”
Billbert looked at the door. “I’d better go.”
Before he could, Linoliumanda grabbed him and kissed him again for a long time.
She took his hand and walked him out. “This was my best birthday ever. Thanks for everything.”

Some people protest. They chant, “Roses are red! Violets are blue! God made them that way and so should you!”

Ted wore a trick flower in his lapel.
He loved to invite people to sniff his flower, and he’d squeeze the bulb hidden in his hand to squirt them with water.
At first, people laughed. But after a while, the joke got old, and nobody laughed. A few got really mad.
Finally, one guy picked up Ted and threw him down the stairs.
Ted suffered massive brain damage and languished in a coma for months before he died.
It was an open casket funeral, and some people thought it would finally be safe to sniff Ted’s flower.
It didn’t squirt.