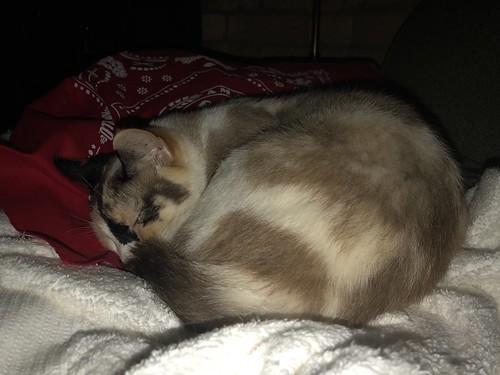 The Story of Is

There was a beauty that radiated about her, penetrating the most solid of walls, the most bitter of men. I watched through impenetrable glass as the breeze lifted her hair, skin luminescent. I press a hand to my own. Cold. Lifeless. Gray.

The way of our worlds. Light and dark. Mine, devoid of life, of beauty. Of purpose. I sigh, gazing, as she plucks a flower and tucks it behind her ear.

This is the the divide, the unalterable conclusion. What is will be, what was will be no more. I am is. She is was, and someday will be…me.

‘Is this what my life has come to?’ I wondered, emptying the can of soup into the pan, and waiting for it to come to a bubbling heat.

I’d once had dreams and ambitions, goals to achieve and challenges to meet, but somewhere along the way, the daily grind took over.

Travelling the world, pushing my limits and living the dream somehow became less of a priority than paying the bills, putting out the bins and trying not to run out of milk.

They never warn you about this when you’re a kid.

And the soup’s not that good either.

The Crow and the Spaceship

The crow muttered a few words. No one could understand him. He looked up and everyone mimicked him. They couldn’t see anything.
The crow flapped his wings. His nervousness was increasing.
Then, they saw it. It was blinding. It tinted the whole sky with an overwhelming tone of orange.
“What is that?”
“That, you idiots, is your end.”
They did understand the crow this time, but they stood there mesmerized, watching the spaceship fly over them, again and again.
It didn’t feel like the end.
The talking crow took off and hid.
They… they were never seen again.

Between a Rock and Hard Place

Bennie pulled back hard on the inertia damper. The Red Turtle dropped into the gravity well between Seti Alpha 5 and Drake’s debris field. Navigator Strobeck point out that if they didn’t pull a sufficient Z maneuver they’d likely end up fried by the dwarf binary suns of the Dawson cluster. Captain Winslow gave the order to engage the Repetition Drive. The spaceship commenced a near infinite series of braking actions. When the Turtle had finally come to a rest, they were orbiting between the suns. “Captain,” said Bennie noting the read out on the chronometer, “We overshot two millenniums.”

But I Had That for Lunch!

The axial rotation of the spaceship meant that they had gravity of a sort, but they suffered from Repetition Disorder, which had been discovered first back on Earth by examining psychotics who had got that way from watching re-runs of “I Love Lucy.” The spaceship simulated day and night easily enough, but the seasons were harder, as seasons are pretty specific to the distance you live from the equator.

The mission was countering the disorder with culinary adventures to keep the awareness fresh. Hildemare sniffed and looked at the can, detecting both lime and saffron in the bubbling soupy stuff.

People come from far and wide to visit my delicatessen, lured by my speciality black pudding.

It’s won prizes and accolades, and although it’s pretty expensive, you’d be amazed what foodies will pay for something of the quality that I make.

I’ve been asked many times to divulge my secret ingredient… “Is it saffron?” a customer will say as the inhale the rich, heady aroma from the freshly sliced sausage.

Another will take a guess… “It’s lime juice, I just know it is”

There’s no fancy ingredients in it.

Billbert walked home from Linolimanda’s birthday party, new emotions bubbling up inside him from her unexpected kisses. The first kiss was surprising enough, but with the second repetition he was over the moon without a spaceship.
Of course, the weird part was how her father acted when she told him they’d been kissing. He looked like it bothered him, but that it was alright.
Bilbert planned on asking Linolimanda at school on Monday if he can come over again.
He was sure she would want to fly again. That would be fine with Billbert, if they could kiss again, too.

Hector saw strange lights out in the cornfield, so he picked up his shotgun and flashlight.
It took a few flicks of the switch and a bit of shaking, but the flashlight came on, and Hector walked out into the field.
A bubbling, glowing orange slime lay in the middle of a clearing.
Hector walked back to his house, called the authorities, and packed a suitcase.
Leaving a note on the front door, he then drove to a hotel and got a room and waited for the authorities to tell him when it would be safe go to back home.