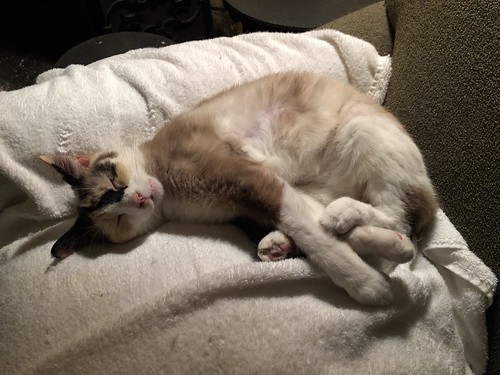 Don’t I feel stupid? You’d think so, stood outside in the corridor while the rest of the class gets on with lessons; and I won’t feel stupid later in detention either.

I’m doing school on my own terms, and whilst all the other nerds and teachers’ pets are struggling with equations, grammar and historical facts, I’ll be chilling in the corridors and messing about after hours, inconveniencing the teachers and wasting their time.

I don’t feel stupid at all.

Just wait till I’m in my forties, with a minimum wage job, no prospects and no future…

“That’s about the worst thing you can do”, laughed the mechanic. “Fill a diesel car with petrol, and it’s a complete drain and flush, and then prime the fuel system… Won’t be done until tomorrow!”

As he winched the car onto the flatbed, I was grateful for breakdown cover. I’d get a tow to my destination – a good four hundred miles down the road – and payment for a night in a hotel.

His last words as I jumped down from the truck: “Don’t you feel stupid?”

I wouldn’t be coming back for the car… It’s not mine!

No need to apply pain, I can do that unaided

Don’t I feel stupid is pretty much the title of the home movies I run in my head on an unending time loop. I know shouting out out loud “Oh fuck” is a kin to blatantly admitting I’m bad shit crazy, but I got a lot screw ups to revisit at the most inopportune times, and each one it verbally cringe worthy. But of late I have found a sort of talisman, a purifying mantra, that oddly enough abates my person furies. With little thought at all I just internally muse, “ALL DEAD.” Seems to work like a champ.

“Don’t!… I feel stupid”, you protested, as I dressed you up in my frilly underwear and scrawled ‘SLUT’ across your chest in bright red lipstick.

“Don’t be silly”, I murmured, “you said you wanted to try new things…”

You were found, next day, by the maid in that seedy hotel.

Death by sexual misadventure’ was the verdict.

‘The high life, by insurance payout’, made it all so worthwhile!

Billbert’s parents waited for him in the living room when he got back from the party.

His mother was all smiles. “How was the party, dear? Did you have fun?”

“Did you play any games?” His mother asked.

“Just one. And then she kissed me,” Billbert admitted.

“Oh? Billbert’s got a girl friend,” his father teased.

Billbert crossed his arms and scowled. “Don’t! I feel stupid enough as it is.”

His mother hugged him and said, “I think you’ll survive.”