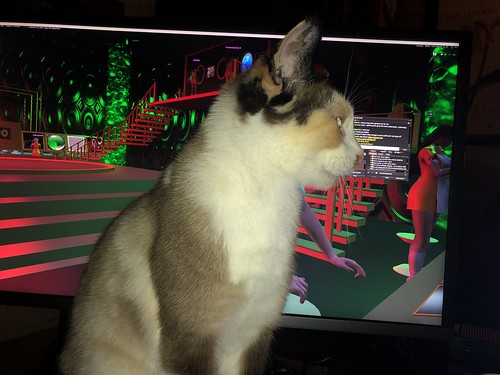 A crow perched on a branch of a dead tree. The tree had been dead for a long time.
The crow gazed at the town below. The town was nearly dead. The helipad hadn’t been used in years. The lighthouse was off.
The crow watched as they buried one more. Man, woman?
Six people were left alive. They didn’t know yet, but they would soon be dead, all of them.
The crow perched on the dead tree and watched them.
The town would soon be his and he would finally be able to get rid of this ridiculous crow disguise.

Looking for inspiration, I threw alphabet soup over the wall to try to make a story.

Needless to say, it didn’t work; and you won’t believe just how much of a mess a single tin of splattered soup can make!

This was going to need a professional clean up job.

I explained to the contractor what I’d done. He took a look and whistled through his teeth.

“It’s like something out of the Twilight Zone”, he said, “Are you safe to be out in public?”

Somewhat frustrated, I replied: “No, probably not”…

And reached behind me for the meat cleaver!

I uses to do ghost lyrics for KISS. Never got any credit. I got paid well, so I really couldn’t care if I got recognition. Like my mom would say: a jobs a job. Nice guys but very particular if a song matches their rather special personae. A lot of my stuff never ended up on a record. My best stuff was a song call Slurp it Up. It was also my last song. The boys liked the overall structure, but they hated the uses of word slurp. Oh well that was a long time ago, we’re all be gray today.

I have one last video game I still play: Panda PoP. Been at it for three years straight. Cleared level 1168 with three stars on each one. That’s a 100% success rate. The software company has added about 1500 new levels but if I continue good chance I lose that perfect score. So just play every nineth level 149 to 509. Normally it take about 30 lives to make that run, but last night I drop into the zone. Cleared the run with just 10 lives. Funny thing about the zone is you never know when it will form about you.

Zone
———
In West Drachovia, the peoples are tall, elegant, and noble. In East Drachovia they are nasty, brutish and short. Between lies Choronzön, the Hybrid Zone. Few who enter return, and those that do tell hideous tales.

The Baron Uecxküll, rumored to have hybrid blood himself, scoffed at these. He vowed to thoroughly explore the Zone, leaving no land un-mapped, no monster un-known.

None have news of him, save perhaps his deputies who stoutly manage his estate and presence at court. It is feared that one day, he will emerge leading a monstrous horde, to sweep aside West and East alike.

Linoliumanda shook her head at Wanda and said, “If you expect us to believe you’re an under cover spy, you must come from the twilight zone.”
Wanda waved her hands frantically. “Shut up. There are people everywhere. You’ll blow my cover. If you do that, you’ll find yourself in the danger zone.”
Billbert finally spoke up, “If you two don’t stop arguing we’re all going to be late for class and find ourselves in the principal’s zone.”
Linoliumanda curled her lip as said, “Except for James Bond, here. She’ll just pull a convertible out of her purse and race away.”

I like pizza, but I like calzones more.
Sure, they’re pretty much just pizzas folded over themselves, but for some reason, I like them more.
And if you squeeze them, they burst and spill hot sauce all over you, but I still like them more.
You can buy one, put it in a box, and it doesn’t matter how rough your ride home is, you won’t end up with a pizza box with toppings and cheese mashed against the top.
Everything stays inside the calzone.
I really ought to buy new shocks for my car.
But I’d rather buy calzones.