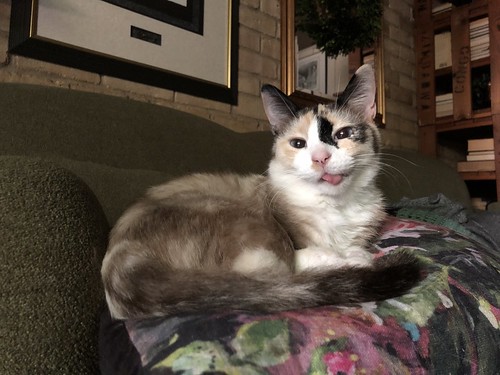 Something was different. She could feel it. She turned the pages slowly, trying to figure out what was going on. She couldn’t see any difference, but she knew something had changed. Then, suddenly, she turned to page 22 and there it was. A whole paragraph was different. It had nothing to do with the rest of the story. She frowned. She turned to page 23. Everything looked fine. She turned back to page 22. The paragraph was gone. She slammed the book shut and put it back on the shelf. The writing demons were out again. And so it started.

Furrow is such a difficult word to insert into a story, unless you happen to be speaking to a farmer, buying a tractor or writing a novel about a struggling writer whose brow was furrowed with frustration about his inability to use the word ‘furrow’ in a creative manner.

Halfway through, and the writer’s brow furrowed as he pondered what to do with the next fifty words.

“Why can’t we write about pirates?” he uttered in frustration.

“Because”, said the kindly librarian, “what would we write about for ‘Talk like a pirate day?”

“Now, knuckle down, and write about furrows!”

The rabbits at Appleby Farm were better organised than most. Rather than take pot luck at finding a worthwhile meal, they organised a foraging council and planned to burrow beneath a furrow and purloin the carrot harvest from below.

The first year was a resounding success, and the council resolved to extend the burrow beneath the freshly planted parsnips the following season.

Farmer Brown was not a rabbit, and was infinitely more intelligent. After losing his entire carrot crop, he laced the second planting with strychnine.

It worked better than expected…

The following year’s rabbit crop was the best ever!

Furrow
———
The scholar-cleric with his furrowed brow
That labours long to pierce the ancients’ thought
Whose learning’s but a library of scrolls
And never once the truth of things has sought;
Who reads one argument and sets it by
Another passage arguing against,
Then other fragments brings from other books
And writes a new work patch’d from all the old,
Yet never steps outside to see the things
Of which these authors wrote — such dullards all
Know nothing of entangling with the Real:
Such is the only road to knowledge sure.

Better to make one observation new
Than endlessly debate about the True.

Jay held his breath, stifling the giggling for all he was worth. He felt Trish doing the same, lying next to him in the furrow between rows of cornstalks. They were still as statues as the white beams of flashlights crisscrossed above them, red and blue flashes painting the landscape. Amid the radio squawks, and clamor from the deputies’ fruitless searching, Jay stole a glance to his right, and saw Trish grinning back, felt her squeezing his hand, her eyes sparkling with excitement and police lights. He didn’t know what he’d been thinking, but he knew what he was feeling.

With the power off, the only lights shown from the distant admin building and did little to illuminate the crowded room. Most of the kids chattered and laughed, others let out artificially high-pitched screams to add to the confusion.

Linoliumanda kissed Billbert. This was good. It took him back to the quick kiss in Linolumanda’s bedroom and the sensations he had wanted to experience again.

Unfortunately, the lights came on. Billbert and Linoliumanda floated head and shoulders above the crowd. They quickly dropped to the floor.

The principal stood on a riser, a frown furrowing her brow, scanning the room.

When we planned the music festival, we made a list of the things we needed.
Food, water, electricity, stages, and so on.
We worked up plans for everything.
We went to other music concerts and sports events with stopwatches and clipboards, estimating the traffic to the bathrooms.
Then, we set up the budgets, and sold tickets to raise funds.
Across the city… across the state… across the country…the money rolled in.
And the people came from all over, setting up their camps and tents.
On the first day… nothing.
We’d forgotten to book acts.
Or budgeted for an escape plan.