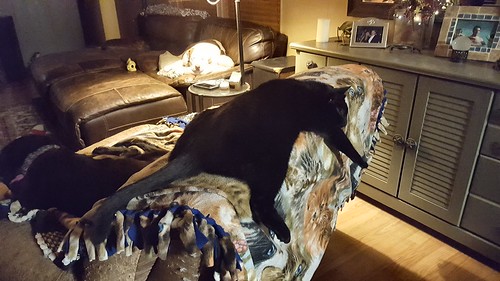 The chair faced a big wooden crate. Fragile. Fragile could mean a lot of things, he thought. Glass. He sat down and leaned forward. Rare wine. He sat back. Do not open it, they said. He stared at it and pondered. He wanted to open it… Porcelain. He tilted his head and tried to read the label. It was wet and blurry. “Screw them…” He stood up and opened the crate. It was filled with ideas, special ones too. The crate was filled with books, something extremely rare those days. He sneaked one out and closed the crate again, smiling.

It’s election time again, and the politicians are crawling out from their unholy pits of self-gratification to ply their insincere charm and empty promises to a disbelieving electorate.

‘We care about the environment’, they proclaim from the steps of their private jets;

‘We care about employment and a living wage’, they profess, whilst raking in the cash from after-dinner speeches and televised debates;

‘We care about people and their rights’, they protest, whilst turning their backs on the demands of those they serve.

All just words, without meaning.

So, really, who cares?

Does it matter, anyway?

Here at Who Cares Retirement Home for the Aging Science Fiction Fan, everyday is like a Sci-Fi convention. You are likely to see our staff dressed as your favorite Science Fiction Characters. Your Doctor could be The Doctor and your reading lights are put on Gallifrey Stands. Cosplay is optional for residents and their guests. No Tribbles but our own Doctor Whooves lives on the other side of the yellow brick road from the main dorm.
A reminder to any staff cosplaying as Klingon unless coloring textiles you are forbidden to use the phrase “It’s a good day to die”

Ask yourself, ‘Who cares?’

Who cares enough to notice newspapers piling up on your doorstep, the unanswered phone calls, the plaintive cries of your starving cats?

Who cares enough to pay you that visit, to check you’re alright?

Who cares enough to notice your absence at church, the missed appointments and the ceasing of your daily walks in the park?

But they will, eventually.

Once the smell of rotting flesh pervades the air, and the maggots and flies infest the street; when the bills remain unpaid, and the litter builds up.

But far too late.

It isn’t so much Who cares, as what has been left in their wake. Baba O’Riley, Who’s Next, Pinball Wizard, Won’t Get Fooled Again, My Generation, Behind Blue Eyes, Eminence Front, It’s Hard Love, Reign o’er Me, I Can’t Explain, I Can See for Miles, Boris the Spider, Magic Bus, Squeeze Box, You Better You Bet, Another Tricky Day, Going Mobile, Trick of the Light, Young Man Blues, Long Live Rock, The Acid Queen, Pictures of Lily, The Seeker, I’m Free, The Kids Are Alright, I Can See for Miles, Happy Jack and my favorite Join Together. Yup who cares.

Billbert watched Linoliumanda twirl around the dance floor as the fire spriklers rained water down on her.

Roderick laughed at Billbert and pointed. “You’re going to get soaked if you stand there.”

Ms. Frunsio finally encouraged them all to leave the cafeteria and call their parents.

Billbert started to get out his phone. Linoliumanda said, “Let’s fly home.”

“We can’t do that,” Billbert said. “People might see.”

“I care,” he said dropping back from the kids around them and waited for them to look away before they floated up into the air.

The light at the intersection has timing issues.
Two reds isn’t a problem.
Two greens is.
It didn’t take long for a wreck.
A young couple and a cab driver died.
The families sued the city, their lawyers walked away with a lot of money.
The city had to cut budgets, and repair crews went without a cost of living adjustment.
So, they went on strike.
More things broke, more people died, more people sued.
Things fell apart quickly, the cops went on strike, too.
Fire department, too.
We sit and watch the city burn through the night, and laugh,