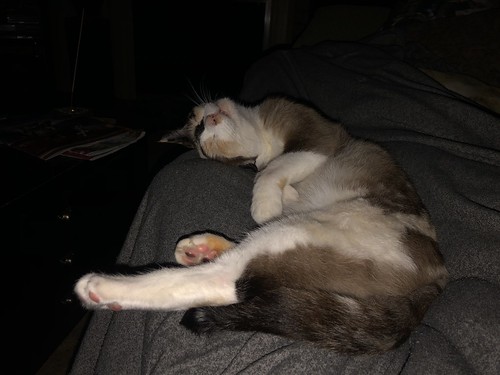 I was beginning to have grave doubts about the doctor assigned to grandfather’s care.

My suspicions were aroused when he plugged the stethoscope into grandad’s ears and shouted ‘Wake up’ into the other end; then he seemed to have no idea which way round to insert the thermometer.

It was when he said. “To wake a coma patient, we need to administer a strong electric current”, then grabbed the paddles and placed them against my grandfather’s head, that I panicked and wrestled him to the ground.

Whose idea was it to put the coma ward next to the psychiatric unit anyway?

Can You See the Real Me Doctor

My doctor worries way too much about my state of health. What’s a little blood in the urine? High triple digits on the most lab tests. HA. What I find of concern it the acid taste in my mouth after intermittent commas. Somewhere between citrus and c cell batteries. What’s that all about ………..

Sorry I blinked out again for a second. What day is this? Oh ya Thanksgiving. Yes I’m thankful for my outgoing health. Wait, that’s on going. At least it wasn’t a stroke or cardo heart infraction. Now that would be some major messed up action.

The stage was set. The jury was ready, the music chosen.
He still felt the taste of her mouth.
He cast a furtive glance at her. She ignored him.
They danced. And they won.
He still felt her body pressed against his.
The applause died down as they waved to the audience.
And she hurried away.
He could still feel the shape of her hand in his.
The recollection of her smile was vague though, so vague.
She was now a body fallen into a deep slumber.
The stage was set. The jury was ready.
But there was no music.

My latest date turned out to be a complete jerk.

Too tight to pay for a restaurant meal, he insisted I should cook for him… and also, to see how I compared to his mother’s kitchen skills!

He also bragged constantly about his manliness, and how he wanted to taste the hottest chilli I could make.

So, I threw in a dozen Scotch Bonnets, and a handful of Ghost Chillies, then watched him suffer.

After just a few mouthfuls, he was more than ready for a helping of battery acid sorbet.

I always keep a tub handy, just in case.

Taste; current
———
“Show me the taste of enlightenment,” said the master.

A student stood, bowed, and began, “Thus have I heard—” The master immediately thwacked him with a stick. The student sat back down.

Another stood, bowed, and said, “Enlightenment is the current that flows through all being.”

The master gestured as if to fill his hand from this current. The student took the hint and sat down.

“Show me the taste of enlightenment!” the master repeated.

I stood, and drew from my robes a bottle of 40-year-old Laphroaig. I bowed and humbly presented it to the master.

The master was pleased.

After a quick flight around the neighborhood, Billbert and Linoliumanda touched down behind a panel van two doors down from her house. He walked her to her door.

Linoliumanda’s father opened the door. He normal acid glare burned through Billbert. “What are you doing back so soon?”

Linoliumanda took Billbert’s hand and pulled him in. “There was a fire,” she said, sniffing the air. “Mmmm. What’s cooking?”

“Brussels sprout casserole,” her mother called from the kitchen.

Billbert wondered if the taste could be as bad as the stink.

Her father asked, “You’re telling me, you walked home from the dance?”

Every year, the coaches or journalists panels rank the Texas A&M football team in the top 25 teams.
And every year, the Aggies beat small wimpy schools, but get beaten by the other ranked teams.
And they drop in the polls until they fall out of the top 25 teams.
The next year, they start off in the top 25 teams again.
And fall quickly again, year after year.
Pathetic.
Eventually, the pollsters figured out a solution to correct the error.
Anyone who ranked Texas A&M had their ballot shredded.
Much more humane than shredding the coaches and journalists themselves.