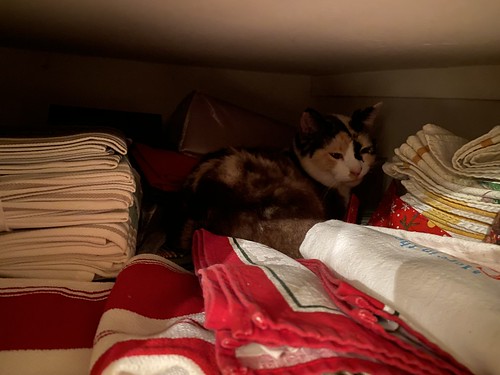 The dot on the screen appeared and disappeared. Damn radar. The next shift would take care of it.
Everyone had turned in for the night and the city lights had been dimmed down. His favorite time of day. He walked by himself. And that was the last walk he took.
They appeared in white robes and masks. They treated everyone like cattle.
They always said this was a planet… It wasn’t. It was a ship that had completed its mission. The people were nothing but lab rats. And life would never be the same again. The radar was shut off.

The call to battle stations rang out and all hell suddenly broke loose!

Half blind, I stumbled through the chaos, sirens blaring and flashing red lights confusing and disorientating me as I ran to my post. Typical, I thought to myself, it couldn’t have picked a worse moment to happen!

Squinting in the dim light of the bridge, I received my briefing: “Unknown vessel in the protected zone”.

He pointed to the screen: “You’re the expert, what’s that on the radar?”

I peered at the glass, leaning even closer, then smiled.

So that’s where my contact lens had got to!

Everything that flies up here has an ID transponder, so we don’t have to guess about dots on the screen.

“ALN01,” said my copilot, grinning secretively. “What could that mean?” He tapped for the detailed report.

“Alien craft” it said. “Top secret. Keep under observation. Do not engage. Report for debriefing immediately on landing.”

“You’re in on the secret now,” he said. “I guess I can tell you about them. We call them Identified Flying Objects.”

We had an interesting flight home.

ou know that film? The one where the aliens are advancing towards your location, and you’re tracking them as they come, until, finally, they’re upon you and there’s nowhere to run?

Well, my little game is a bit like that.

Now you’re firmly restrained, I want you to watch the screen in front of you.

What’s that on the radar? Those green dots moving steadily in this direction?

Those are rats. Hungry, starving rats and they’ve caught your scent… The scent of food!

They’ll be coming through the door very soon, but not before I’m long gone.

Billbert descended the stairs, Linoliamanda’s hand in his, wondering what his parents would think. His father worked at a computer while his mother read a book.
Billbert cleared his throat. “Linoliamanda came over to tell me something. I’m going to walk her home.”
“Just walking, right?” his father asked.
Billbert was about to respond when the computer pinged.
His mother looked up. “What’s that on the radar, dear?”
“Billbert,” his father said. “You two better have a seat. This doesn’t look good.”
His mother hurried to his father’s desk. Bending over his shoulder she said, “That’s not good at all.”

The radar showed something right where he expected it. Ever since the oceanic transposition event he’d done so much research. And it all led here, unsurprisingly, the Bermuda Triangle.

He plunged into the sea, and at the bottom there it was. He rested his hand on the massive entity.

“Why did you stop giving is the dream of Mr. Mushroom?” he thought.

The reply reverberated in his mind. “It was to prepare you, and when the time came, you succeeded.”

“Why is everything so bad then?”

“Find my sibling, the one making everyone dream the dark dream that nobody remembers.”

Long ago my grandson SNZ was called SNL. People performed on a thing called a stage. There was a character called Emily Litell who’s bit was doing malapropos. Funny stuff. And Music was played in huge room. Right in front of the band was an area set aside for fans to mush together. Imagine people actually mushing together. They call it a Mushroom. Oh those were days … Gramps it wasn’t a Mushroom, it was called a mush pit. wall of death pogo windmilling, two stepping, floorpunching, picking up pennies, axehandling and bucking wheelbarrowing. Demolition Dance. Never Mind.

Story with no name, it was good to get out of the rain, no one can remember your name.

Lt. Baxser what’s that on the radar? “Bird Sir.” “Birds?” “Sir, yes sir.” “Are those screen set to scale?” “Sir yes Sir.” “Could we please reduce the numbers Sirs” Sir yes Sir.” “Never mind.” “Sir ..” “If that screen is correct that there bird is the size of Nebraska.” “Sir that’s big bird?” “Big Bird.” “Yes sir, sir.” “Like Sesame Street.” “Kinda.” “Kinda what.” “Sir that is what the Russian call her, sir.” “Her?” “Sir long story, Sir.” General TickMaster reached across the control panel and press the orange button. “Not no more,” said he and left the mushroom.

There’s something on the radar.
A bit of ketchup, maybe?
That fat pig Corporal Blake was always eating at his station, and today’s lunch was a burger and fries.
And ketchup.
Packets and packets of ketchup
Tearing them open, oozing all over.
The screen, the keyboard, the buttons.
He never cleaned up after himself, that fat pig.
The morning shift complained about Blake all the time.
But the base commander never did anything.
Wasn’t Blake the commander’s nephew or something?
So, they ran a drill.
Blake choked on his burger.
Carried off on a sretcher, fry still in his hand.