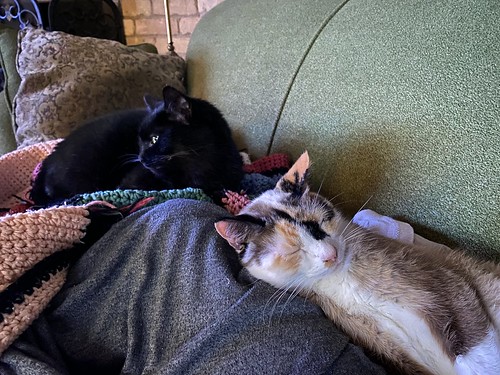 Pick one, they said. Yeah. Easier said than done. There were so many wonderful pieces available and he just couldn’t choose one. So, he decided to do what anyone else would. Flip a coin, right? He smiled. OK, that one will do fine. Everyone said he was always distracted and this time he would prove them wrong. This was just perfect. A March! There!
When he was kicked out, the groom’s father was foaming at the mouth and roaring “This is the bloody Funeral March, the Funeral March”. He just whispered “Well, the poor bride didn’t look that happy anyway”.

Pik Wun crouched lower in the bush, listening for the tell-tale rustle of undergrowth, muscles straining to keep the bow string taut.

Unaware of its fate the jungle pig emerged from the greenery, snuffling the ground, intent on finding something good to eat.

The arrow was true, and Pik Wun would have meat to sell at market tomorrow.

He was a good hunter, and despite his parent’s constant entreaties to go to school and make his mark upon humanity, what really could he offer the world?

He sold the virus-laden meat next day.

His offering to the world.

I held out my fist and invited my companions to pick one.

One at a time, hands trembling, they reached out and each drew a straw, an arbitrary act that would seal their fate.

Each having taken their turn, only mine remained, and it was I who drew the short straw.

They bound me and abandoned me – an offering to the ogre – then fled to the hideaway before nightfall.

The ogre was an agreeable fellow, and was happy to exchange my life for directions to the hideout.

I walked free, and the ogre and his family feasted on my companions.

Greg thanked everyone for coming out to celebrate the life of a larger than life woman. “Many of you consider yourselves closer to Ann. I have heard some say they were best friend.” OH NO I thought I know exactly where this is going. Greg paused for effect and stared straight into the eyes of the woman in the front row. She nearly recoiled from the pressures gradient slipping past her into the whole theater. “I am Ann’s fucking best friend.” I pick up one of the pray cards, sure enough there is was in print Greg Lambert: Fuckn Best Friend.

Mr. Withybottom shook his finger at his daughter. “Listen, Linoliamanda. I’m your father and you’ll do as I say. Where is your loyalty, to your family, or this boy?”
Linoliamanda finally spoke. “If I have to pick one of you to defend, it will be Billbert. He’s been kind to me since we first met. He doesn’t treat me like a weirdo like everyone else at school. If he has secrets that these men want to know, they will have to find out some other way.”
Mr. Withybottom’s face turned bright red and he looked as if he would explode.

Pick one
———
The troll at the bridge barred our way. “Feathers or lead?” it demanded. “Pick one!”

“Don’t answer,” our guide whispered urgently. “Under his geas he can’t attack us unless we guess wrong, and he decides.”

“Scylla or Charybdis?” it boomed.

“How long does this go on?” I asked the guide.

“He’ll run down eventually,” said the guide. “We’ll get past while he’s thinking up new questions.”

I shouted to the troll, “Pick one or pick two?” It stopped to puzzle over this and froze in thought.

It was still standing there, petrified, when we returned from our quest months later.

Patty knew … Kira knew… It wasn’t a secret … Not anymore. Seeing two women is exhausting, especially when it is covert. At least that part was over.

Mad as a couple of hornets, stabbing eyes, and spitting fire …
“Pick one they said!”

Unfortunately … It just wasn’t that simple.

Larry loved them both! Each truly wonderful in both similar and different ways. These two girls covered a wide spectrum without ever stepping out of bounds. The honest truth being that picking one over the other was simply undoable.

If there was any picking to do Larry wouldn’t be the person doing it!

The Caretaker goes from ecosystem to ecosystem, collecting specimens.
“Pick one” was the rule of The Zoo.
“You can always go back and get more,” said The Director.
The Caretaker’s massive Ark contained species from around the quadrant.
Collector vessels docked with the Ark, and The Caretaker offloaded the living specimens to the Zoo vessels.
Those that hadn’t survived, he preserved and sent to the Museum vessels.
And he added them to the next collection run.
Some species never survived the collection process.
But after thousands of years, The Caretaker didn’t care.
And he just went back out for more.