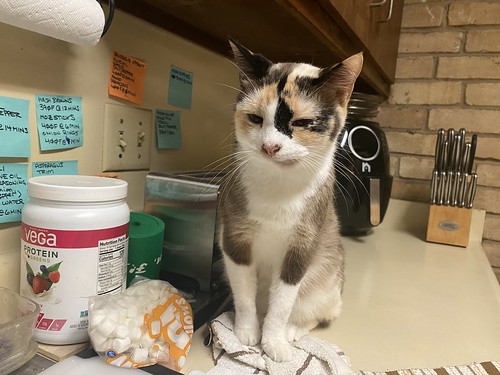 “How does that grab you?”
Silence. Her friend shrugged, a hint of contempt dripping from his lips.
“Any other ideas?”
Her friend shrugged again.
She was on the verge of screaming and tossing all the brochures in the garbage.
“No cruise, too many germs. No camping, too many bugs. No flying, too many.. what was it again?”
Her friend sneered. She could see he was amused and that only made things worse.
“What about the show?”
He shrugged.
“Bloody hell. Just tell me what you want.”
He turned and walked away.
She nodded.
“Yep, not worth it. Glad it’s over.”

Why were we paying these guys?

Seriously, they were the worst ad agency I’d ever encountered. Lame ideas, totally ineffective publicity campaigns, and so far, not a single new sale since engaging them. If anything, we’d started haemorrhaging cash, and most of it was going to these losers.

This latest stunt they’d pulled was by far the worst: A completely pointless exercise in flushing our reputation down the toilet.

Powerpoint presentation finished, the ad guy smiled: “So, how does that grab you?”

By the balls, apparently!

How does that grab you?

At this moment the: “that” is the effect of the shot for this fuckn virus. The kind nurse asked what arm I would like to get it in. I said I have no idea, but after a beat … I said the left. Good call Tom. My arm feels like some crazed middle school punched it for a day and half. The last two day are dotted with, damn …. damn …. Damn damn damn. But wait today the other flu like symptoms arrived. I came so close to just skipping this week…. But grab this Cornona 20, fuck you.

While the firefighters put out the blaze at Billbert’s house, he and his parents went and sat in his mother’s car.
Mr. Blanketmaker said, “While they’re putting out the house, I think we should get a quick bite to eat. How does that grab you?”
Mrs. Blanketmaker started the car. “Interesting choice of words, but yes. Let eat.”
She turned the car around. “Anyway. When Nuclear Fission and I were sophomores, we both had a crush of the captain of the chess team. I know. We were nerds. He chose me over her and it all went downhill from there.”

The Claw
A jostling, then she felt a falling. She landed with a soft bump. She blinked as her eyes adjusted to the light and her surroundings came into focus.
Beyond the bodies around her, she was surrounded clear glass walls and a solid ceiling above her. From the ceiling hung a shiny four-armed claw, connected to two tracks and a coiled cable.
Except for periods periods of darkness beyond her fluorescent prison, there was almost constant movement beyond the glass.
A figure approached, and the face of a giant peered in at her.
There were clicks and clunks.
The claw awoke.

She was beautiful but she was a handful. Long blonde hair, blue eyes, that shape men, see like her clothing showed a real knack for style.

She saw my drink and said “don’t overdo it drunks turn me off.”
I offered her a beer she said “I only drink red wine.”

I put on some country music she said “Really!?!? Can’t you find something more contemporary?

“Do you like fruit” I asked? “Oh yes … fruit is healthy and tasty” she replied.
“Well tonight” I said “we’re having ribs … how do you like them apples?”

I’d invited the guys round for some fantasy roleplay games. We’d dressed up in costume and I’d spent hours decorating the place to look like a dungeon. This was no board game, we were acting it out for real.

Jimmy read from the card “You sneak carefully past the clutching hands in the hallway”, then laughed when he saw the clumsily modelled latex arms I’d glued to the wall.

“They don’t”, I snarled grabbing him by the throat and squeezing the life from him, “I do!”

Over at Amazon, they’re automating everything they can.
Instead of people walking rows of shelves, the shelves come to the people to pick and bin.
Then the bins route to packers to pack.
Printers label the packages for routing.
Packages travel along miles and miles of conveyor belts.
They’re loaded on to trucks and sent out for further processing and transport.
Until they’re eventually delivered.
There’s still some humans involved, in picking and packing and delivering.
But more robots are coming.
Some are working side-by-side with their human counterparts.
Who often get too close, and end up grabbed and mangled.