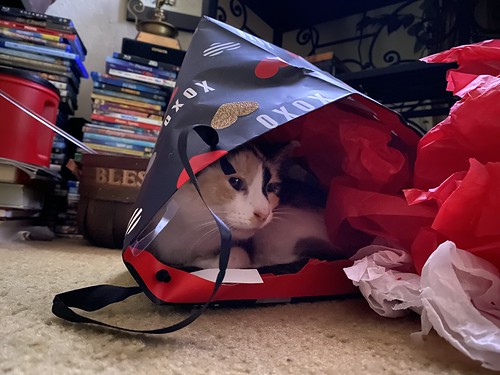 I don’t mind what kind – thin and crispy, stuffed crust, deep dish… Just bring it on, and you’ve got a friend for life.

I’m not a topping snob either. You’ll never see me look aghast at the suggestion of pineapple on top; you’ll never hear me insist on only authentic toppings, and no more than six because any more spoils the taste!

Nonsense! Pile them on, I say, and don’t be mean with the helpings.

But, there’s none for you.

Get your own: This one’s mine!

It’s the best food on earth, he said. What did you put in this? It tastes funny. Oh, it’s the seasoning. I can’t remember, but I tossed everything I had on it. And he laughed, amused by his friends’ hesitation. Eat it, eat it. I made plenty of them for the picnic. And they did eat. When they started dropping like flies, he scratched the name of each one of them out from a list. He had that list since he was 13, when they made him eat pizza with rat meat in it. Revenge is such a sweet thing.

Giovanni’s allegedly sold the best pizza in town, which was a punch in the teeth for my business.

We may not have made the best pizzas, but ours were cheap, and until Giovanni came onto the scene, we had the monopoly, but now sales were falling every week.

The community was shocked, but it came as no surprise to me when the police found Giovanni’s body, baked in his own pizza oven, sliced, stuffed into pizza boxes and delivered all round town.

They never found the culprit.

Very sad, but on the positive side, my business is booming, once more.

A few years back I saw a movie about meat consumption. After watching I
removed it from my diet. For two long years, no pizza. No pepperoni, no
sausage, no Canadian bacon, or even chicken. Boy I missed chicken. Two
years in the wasteland. Would still be there, but for a video by a noted
nutritionist. Perky beyond human endurance. Happily, she chirped “A lack
of animal protein may lead to nerve damage. NERVE DAMAGE. She was actually
smiling. Well, screw that. So, I did the math. I can eat pizza three time
a day for the rest of life.

Pizza
———
Once upon a time there was a baker. His genius was not content to bake the same loaves every day, and he experimented with every method of baking bread, and baking every foodstuff into it.

Once, he had a surplus of unsold stale bread. He crumbled and baked it into a new batch, creating the renowned “pane del pane”, or “bread bread”.

His greatest invention was to bake a layer of cheese onto a flatbread, and embed into it a variety of vegetables and meat. A fad for this novelty swept through his city, for which it became named: Pisa.

First Date
James anxiously checked his watch for the third time in less than three minutes, and wondered how early ‘too early’ was. He hated this part of first dates.
Unbeknownst to him, Natalie was simultaneously anxious about being early, and on the verge of being late in her preparations for their date. She couldn’t decide if she was nervous or excited. Maybe just gassy?
They both felt like their first meeting had been interesting enough that it merited an official first date. They agreed on pizza. And agreed on Zito’s. They debated on which one, but compromised by picking Orange Plaza.

Billbert sat with his parents in the diner feeling as empty and desolate as the tables around them. “Mom. I understand we’ll start over. Can we do it here? I like my school, and Linoliamanda is my friend. I don’t want to leave all this.”
A short, bald man walked into the diner, picked up a pizza box from the waitress at the register, came to their table and sat down.
Mrs. Blanketmaker frowned at the man. “Good evening, Chief. Are you hungry?”
The chief smiled. “Yes. But really, we need to make plans for your family, and Nuclear Fission.”

When the power came back on, the first thing I did was turn on the lights, run to the kitchen, and fire up the oven to make pizza.
It took about 8 minutes to preheat the oven.
Then, I opened the freezer for the first time in three days and got out the frozen pizzas.
Well, they had been frozen.
I opened the boxes and they came out floppy.
Were they still okay to eat?
Well, if I’m going to heat them up in the oven, that will kill any really bad things, right?
I shrugged, and closed the oven.