Hampton Hills.
Mansions, guest houses, long driveways, fences and gates.
Gardens tended by gardeners nobody sees, pools nobody swims in.
Perfectly mowed lawns that have never seen a picnic.
Boats that haven’t left their docks in years, if ever.
There are no public schools. Kids went to boarding schools in Switzerland of France.
When there were kids.
They live in the city, work in the city.
And talk about “the place in the country.”
But never find the time. Never make the time.
Another gallery opening, another show to see.
Another merger or millions to make.
While Hampton Hills sleeps.

Ted hobbled around on a bad knee, and when people asked, he said he had an old football injury.
No, Ted didn’t play football.
He was rushing to the Star Wars toys aisle at Toys R Us, but had to go through the Sports section.
Someone had left a football on the floor, and he tripped over it, hurting his knee.
An ambulance came to pick up Ted and take him to the emergency room.
He had health insurance, so everything was covered.
And when he got out of the hospital, he bought that Limited Edition Boba Fett from eBay. 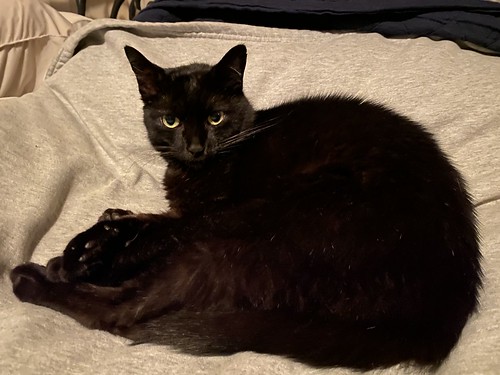 Sprinkle some magic powder on the black cat. No. Stretch and stretch, and stretch some more. Grab the shiny star and place it next to the jar. The cat will look, the star will stretch and the jar will smile a sparkly smile. No. The next time you reach for that magic powder, think that it is safer not to reach for a lighter. A lighter? Where did that come from? The cat will stretch. The jar will sparkle. The star will shine. Yes. That’s it. Everything is back in place. Neatly. Yawn. I prefer to see the jar smiling.

The raid went without a hitch: We had Carter and Jeffries cuffed and restrained, while we ransacked the room.

One of the officers passed a sealed package to my partner, Davis, who produced his pocket knife, slitting it open to reveal its contents. He moistened his finger, and dipped it into the white powder, before rubbing it against his upper gum.

Davis turned away and beckoned me over and whispered, “How the hell should I know”

“So what’s with the gum rubbing?”

“Dunno, they do it in the movies, so I figured I should too!”

Talc, sawdust, flour: All totally inoffensive, and apparently harmless, so nobody blinks an eye if you want to stockpile them, nobody asks questions, and nobody keeps records.

And this warehouse is full to the brim with powder of every kind.

Don’t worry, that haze that hangs in the air isn’t going to choke you -not if you breathe gently and slowly.

But tread with caution too, because the slightest static discharge; the tiniest spark, and this whole building becomes one massive spontaneous bomb!

So don’t make any sudden movements.

And pray that I don’t make any either!

Mama passed … The old box was hers. 150 years old, some off the bottles within were older still. Handed down by generations of witches. Marie
knew it front to back …

Witches were among the first healers, scientists, pharmacologists, but, the modern world was catching up.

Witch to woman was about knowledge,power, domination.

Witch to man was different … It required finesse, craft, artistry … with a sexual component.

“Powder and paint make a gal what she ain’t.”

Though Billbert agreed with his father that taking Linoliamanda along for a battle with supervillians was a bad idea, he was in too much of a hurry to argue with her. Besides, he liked holding her hand.
Outside, on the sidewalk, Billbert held out his hand. “Okay. Let’s go.”
“Hold on a second,” Linoliamanda said, and took a small bottle of powder from his shoulder bag and dusted her hands with it.
“What’s that?” Billbert asked.
She smiled. “It’s Malaysian bonding powder. So our hands don’t slip apart while were flying.”
“Really?” Billbert asked. “Wow. You come prepared for everything.”

In Winter the Snow is Deep

On the street they call it Power. A lab in Singapore sequence. It had promising success in early Alzheimer test ground, but some of the side-effect scared the shit out big pharma. So it when underground, then over ground. Asia labs were more broad-minded in their search for new stuff. They kick off a number of hydrogen chain and bammm, super cat state. I seemed to freeze a single thought in a time loop. Same thought reflected back on the user, over and over again. The best way to do Power was to drop a flack on your iris

Powder
———
In Civilization IX, the simulation goes down to the level of individual people, leading complete lives in the simulated world. Are they alive, everyone asks, but that they might be just makes me take it more seriously. In this game, I’m God, leading them onwards and upwards, while my opponent is playing the Devil, the force of darkness and ignorance.

It looks like they’ll take another two centuries to invent gunpowder, but my opponent is raising up a religion that would declare fire taboo. Time to play a Prometheus card and enter the world myself to teach them the secret.

You see in the movies and TV shows, a guy pulls out a knife, sticks it in a bag of powder, and licks it.
You can’t taste if something’s pure.
You need chemistry for that.
Bottles and tubes and that kind of thing.
So, we made a field kit.
Well, two field kits.
We sold the good field kit to our people.
And we sold the bad field kit to the cops.
So we know when the stuff is good.
And they think that they picked up junk and throw it out.
And we pull it out of the garbage.

Hi there. This is Laurence Simon of the 100 Word Stories Podcast at oneadayuntilthedayidie.com.

Every week, I post a topic for the Weekly Challenge, where you come up with the stories and I collect them up and share them.

Want to give it a try? The topic of the next 100 Word Stories Weekly Challenge is PICK TWO: case, chewable, grasshopper, signals from outer space, here be monsters, deadly

Write a 100 word story on that topic. Then, send it in an email to isfullofcrap (at) gmail.com with the subject line of WEEKLY CHALLENGE.

Also, suggest a topic or topics for future Weekly Challenges.

Do you have a website where people can learn more about you and your writing? Include the URL to that website.

Most importantly, include a recording of your story. Be sure to introduce yourself to the audience.

I put the episode together on Sunday morning. However, if you need more time, I can put your story up on the feed in a separate post.

Good luck, and as always… keep it brief.

MAY 3 chemistry
MAY 10 nobody gets out of here alive
MAY 17 empowered
MAY 24 illuminate
MAY 31 PICK TWO: null, smartphone, audio, alternative, hot, seek

JUN 7 We apologise for the inconvenience
JUN 14 mushroom
JUN 21 what’s that on the radar?
JUN 28 PICK TWO: mass, trade, headache, pick me, It’s not you it’s me,

In school, we learned about the Smoot-Hawley Tariff Act.
But nobody ever taught us who were Smoot and Hawley?
I looked them up in WikiPedia
Reed Smoot was a Senator from Utah, a businessman and devout Mormon.
He was one of the church’s Twelve Apostles, but he still became a Senator.
Willis Hawley was a Representative from Oregon.
He taught and administered schools and colleges, and then he entered politics.
Neither seem to be the bumbling, ignorant ogres that modem politicians make them out to be.
Maybe that’s just to distract us from what bumbling, ignorant ogres modern politicians are?

The Mullahs in Iran shout DEATH TO AMERICA.
The crowds shout along with them.
Why hate America so much?
I know that “A Horse with No Name” has dumb lyrics, written by Dewey Bunnell, but calling for their death is just ludicrous.
Maybe it’s because Dan Peek pioneered the current Christian pop music movement?
The mullahs hate Christians. Almost as much as they hate America.
Perhaps it’s because the band members were all sons of US Air Force staff.
Who knows, and who cares? The only thing dumber than the song are the assholes who want America dead for it.

Nobody knows the exact numbers on Satchel Paige.
Scorekeeping and statistics weren’t much of a priority with the Negro Leagues.
And Paige played in other leagues and pickup games in between.
They say he’d go out to the mound all alone on the field, telling the rest of the team to stay in the dugout.
He’d strike everyone out himself.
He struck out the batters, he struck out the coaches, he struck out the umpires.
He struck out the guy selling hot dogs.
He even struck out me while I wrote this story.
Or maybe it was Jackie Robinson.
Whatever.

They say that meat is murder.
It’s just as much murder as using too much paper in the printer is.
You’re not killing trees, you’re just desecrating their corpses with a dozen useless cover pages and Hewlett-Packard test patterns.
If meat were murder, then wearing leather is like that weird serial-killer guy from Silence of the Lambs.
Instead of shouting “MOO!” out the window as you drive past cows in a pasture, you should shout “IT PUTS THE LOTION IN THE BASKET OR IT GETS THE HOSE!”
Then kill the cows, cook them, and enjoy a nice steak dinner.
Delicious!

“The cow says moo,” said the toy.
Timmy smiled, turned the arrow in the center of the toy, and pulled the string again.
“The cow says moo,” said the toy again.
Timmy clapped and laughed, and he made the toy repeat itself for an hour.
Then, when Timmy pulled the string, the toy said, “The cow says stop it, or she’ll go to the barn for an axe to hack you into little pieces.”
Timmy didn’t smile. Or clap. Or laugh.
He put down the toy and watched the door.
When his mother came home from shopping, Timmy pissed himself.