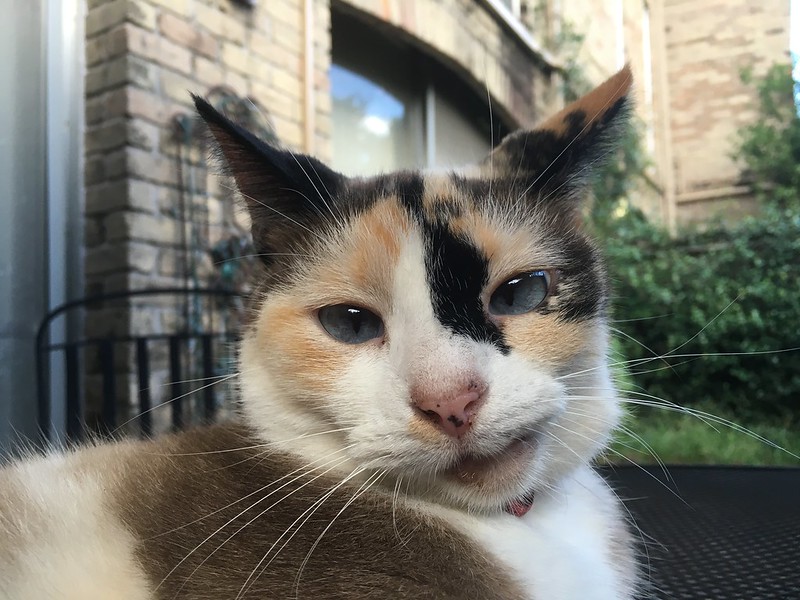 In the musical Les Misérables the play’s umber antagonist Inspector Javert prayed to the stars. The underlying text of this scene is: where does an enlightenment man place his faith. When you have rid the heavens of angles, saint, and god what power remains? We can strip from the rational man his god, but not his fundamental need to anthropomorphize to see in everything the qualities of man, that cannot be eradicated. At our core we are beings of metaphor. I guess if you have to swear by anything stars aren’t a bad choice. They are listening aren’t they?

A Prayer
By Christopher Munroe

Merciful Zod, before whom we kneel:

We thank you this day for your moderation, in sparing planet Houston from your wrath.

We thank you, too, your indulgence of we upon this world, though surely we are but insects to one so mighty as yourself.

And, most of all, we give thanks for our lives that you, in your wisdom, have allowed us to keep.

And, should we be able, we shall help you find the son of Jor-el, that you might enact the revenge you’ve so long awaited.

In the name of the Ursa, the Non, and Zod almighty, amen.

The old woman huffed and puffed. The path was rocky and steep.
“Pray. It helps, they said.”
Yes, she did pray. However, that didn’t help. It made things worse. The animals died and the small green garden dried up.
“I’ll tell them.”
When she reached the castle, she was ushered into a large ballroom, a pale gloomy figure staring at her.
“I bring you a peace offer.”
The figure nodded.
“It’s a broth. I hope you enjoy it.”
A few days later, the green garden started sprouting but the castle was eerily quiet.
“Our garlic, who art in my broth…”

The writer’s prayer goes like this: Open my mind, Lord, and grant me the talent to write with humor and the minimum use of four letter words. Let my words flow like a goat with the trots. Open my heart and my mind, Lord. Grant me the sensitivity to understand my rangebound audience and their reading comprehension. Open my soul, Lord, so I may channel my wisdom and creativity. Stroke my imagination as I stroke my Meerkat’s chin , but most of all, Lord, help me to regulate my word count without stopping short, and allowing me to conclude my ramble.

Translated from the French by Simon LaCrosse

Now I lay me down to sleep. Thank you Lord for another bright and sunny day, the chance to learn, the chance to play. I hope tomorrow is as good as the day I found a wallet in the back seat of my cab and another one a few minutes later in the lady’s purse on the seat next to me at the diner. I know that this isn’t nice, but I pray that the neighbor’s lose more than one finger when they screw around with fireworks next year and continue to send my dogs into a pacing, panting frenzy.

I prithee that you marry a solemn woman who blows foul wind like a noreaster and whose breath is befouled by tobacco and cheap wine. May your children be born naked and with a treble set of molars. May your business fail along with your pancreas, and your face wither and become besplotched with brown and yellow wens with tiny, coarse hairs growing from the corners of your lips and nostrils and the foulest place of my arse be fairer than thy face. I pray this is your fortune for having cursed me and invited I have intercourse with myself.

Spare Me
by Jeffrey Fischer

Death Comes as the End
by Jeffrey Fischer

When I visited Niagara Falls, a Japanese tourist sat on the low wall above the river, contorting her body to pose for a photo. More recently, a German tourist died in Machu Picchu when he went into a forbidden area to take a picture. I wondered how many tourists died every year taking pictures in stupid poses. In 2015, a man was gored to death in Pamplona, during the running of the bulls, while trying to take a selfie. The Washington Post reported that 27 people died in 2015 while taking selfies.

Dear Lord, only you know the time and place of my death. I do not ask to know this. I do not ask for more time. I only ask that my death not make the Darwin Awards.

#1 – The Gospel According to Norman: Advice on Prayer

A man went to the temple to pray, standing in a public place he loudly proclaimed his piety and good works.

Another man, being poor and humble, prayed quietly in a corner – his prayer, a quiet and discrete petition.

“Now, which of these was most pleasing to god?”, asked the prophet.

“Foolish man!” Came the reply, “god is a great distance away in heaven! Should he strain his ears when he has gifted you with a fine shouting voice?”

“Blessed are the loud, for they shall drown out the meek”

Thankfully, no sign of dragons, but the forest was liberally scattered with sticky lumps of bloody and singed flesh. The creature hadn’t had a prayer against the dragon.

Pausing to throw up violently in a nearby bush, Boggins was full of recriminating thoughts. Was he the sort of person to send a fellow creature – allbeit a vile and objectionable creature – to such a horrible doom?

Then he recalled those slimy fingers creeping towards his pocket, and felt a lot better.

Putting the carnage from his mind, his thoughts turned to finding his missing companions, and more importantly, supper!

Now you lay yourself to sleep,
Pray the Lord your soul to keep,
It is night, and in the dark
Wicked creatures make their mark.
Once they get inside your head
You’ll wish you’d never gone to bed.
But in the shadows lurks far worse
A horror… Maybe even a curse
It’ll rend your flesh, steal your soul…
By dawn’s first light it will take its toll;
In fear and pain, your life it will drain
When morning comes, you lie still.
The sleep of death: Body chill.
And what could this monster be?
You know the answer…
It is me!

Mickey, in monkey form, scampered across the roof of an apartment building, leapt, and swung along a utility wire. Reaching another building he stopped to check, making sure he could still see Ferret in one direction and Cherry Cola following in the other.
If it wasn’t for Ferret being Pole Cat’s sister, Mickey wouldn’t have a hope or a prayer of finding his new nemesis. With just a little luck Ferret would lead them right to the girl’s lair.
Cherry followed slowly using the other pedestrians for cover.
When he looked back to Ferret, she stared up, directly at him.

A Prayer
———
The grey-robed monk entered the chapel, pausing to contemplate the depiction in stained glass of Bayes’ Theorem. He spoke:

“If a tree falls unheard, I shall not ask whether it made a sound. I ask only, what experiences do I anticipate?”

“May my every motion be directed towards the truth, for nature cannot be fooled.”

Then he went out to receive the ambassadors from Frequentia.
———

One thought on “Weekly Challenge #536 – Prayer”