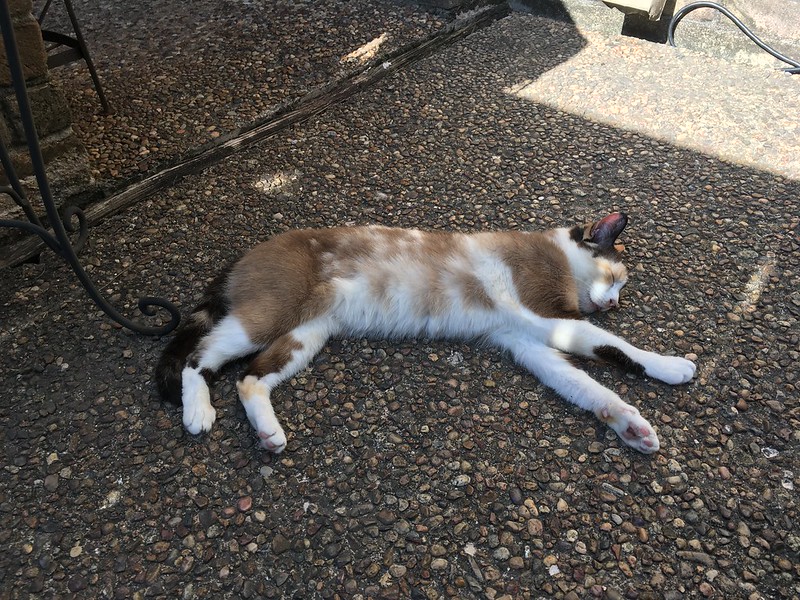 I find those targeted ads that show up while you’re browsing the web to be creepy. Just searched for William S. Burroughs on Amazon? Here’s an ad for Naked Lunch, and another for a big bag of heroin. Looking for a nice dress for your wife? Now Google Ads thinks you’re a cross-dresser.

I buy a lot of Doctor Who books, but, even so, when an ad for a sonic screwdriver showed up on my screen I said, “What the heck?” and took a closer look. I didn’t recognize the specific model, but it sure looked authentic.

Imagine my disappointment when the product turned out to be a fancy tactical flashlight. Dumb, creepy ads.

What is the cue word? Why? WTF? Where did this come from? What is going on? Maybe I am over reacting, but I question directives when given capriciously.

I would, of course, welcome some explanation for the choice of this cue, or at the least, the origin of the cue word or words.

No disrespect intended, as I am profoundly aware of the wrath I face, given the past punishment I endured publicly for questioning procedures and protocols, hereabouts.

Consequently, I was invited to “eat a bag of dicks” by management when I submitted a benign question and comment. Remember?

“What?”, he practically shouted, “I can’t hear you… You’re breaking up”

I settled back into my seat and smiled, then tapped the icon that would quietly brick his phone.

You might consider me mean, but believe me, I’m providing an essential public service. Nobody wants to involuntarily become party to a complete stranger’s excessively loud conversation, especially when it’s first thing in the morning, with a long day in work ahead.

So, by all means, make the call, but keep it short, and do keep the volume down; and if you won’t… Then I’ll happily make sure you can’t!

“Go up the hill, then left. Take ten steps and turn right. Walk straight forward for about twenty steps and then walk back ten steps, turn left and then right. Go around the fountain in the middle of the square twice and then forward a few steps, say 10. You should see it.”
“What?”
“You should see it there.”
“Wait a second. Why do I have to take twenty steps forward and ten back?”
“For the same reason you have to go around the fountain twice.”
“And why is that?”
“If you haven’t figured that out yet, you never will.”

In My Blue Heaven.

“What?” yell Frank. “He has to go.” “I’m sorry I’ll clean the box more regularly.” “Frank he’s an Elephant.” “A small one.” “There is no such thing as a small Elephant, and even if such a thing were possible a one room apartment is not the place for said Small Elephant.” “Look at those eyes, he adores you Sal.” “Not going to work this time Frank, its him or me.” Frank got a thousand yard stare in his eyes. “I said him or me Frank.” More staring, “Good, Fine, Whatever.” Timmy looped his trunk around the door and Sal was gone.

“Women always say that men never pay any attention to them,” said Alfred to his wife.

“I specifically asked you to stop putting so much pepper in the soup.”

“It’s just a habit. I’ll try and remember next time.”

“I’ve noticed a lot of those habits over the years. I ask and you ignore.”

“I’ll try and pay more attention,” she sighed, turning on the television and sitting down to watch.

“I’m tired of being ignored,” Alfred said, sitting down next to her, “so I poisoned your coffee tonight.”

“…what?” she asked absently.

Something wicked this way comes…

From the darkest recesses of your tortured mind, it oozes, slithers, creeps and stalks from deep within the murky shadows, seeking us out, hunting us down.

It lurks, waiting, watching intently and ever patient, ever present, feeding on our fear, waiting in the darkness, brooding and lurking.

The night grows longer, our fears grow stronger; whilst the knowledge that something in the shadows – something unspeakable and vile – is waiting, waiting for us, waiting for the moment of truth, growing ever more terrifying.

So, be afraid, for something wicked this way comes…

…what?
———
The interview dragged on, the HR droid going through some memorised checklist while I gave the standard box-ticking answers.

Then he asked, “What is the state and progress of your soul?”

“Er… what?” I smartly replied.

“That is,” he droned, “where do you see yourself in five years? Are your feet set on the narrow path to salvation, or the easy, broad road that leads only down into the Pit?”

“The narrow path to salvation, definitely,” I said, guessing the right answer.

He sulphurously frowned, and the horns I had not noticed before twitched. “We’ll keep your resume on file.”

In junior high, no matter what amazing things anyone had accomplished, Albert always seemed to have done something more impressive.
Like the time I announced at lunch, “I sold five cases of chocolates for the fundraiser”. Supposedly, he sold twenty.
I ran the mile in six minutes. He ran it in five and a half.
We set him up and told him I drank a gallon of milk in ten minutes and he said he could do it in five.
We handed him a gallon of milk and said, “Prove it.”
The look on his face said it all, “…What?”

On Li’l Jon
By Christopher Munroe

And then; The question of Li’l Jon.

Yes, he’s dated, and perhaps a little ridiculous, and I do respect that opinions on the man and his music are sharply divided.

Whilst others respond: “Okay…”

Because for my money, no artist embodies the boisterous aesthetic parties requires than Li’l Jon, and for that reason, arguments against him aside, there will always be a place for him on my Party Bus.

He really takes me back.

We were all so crunk back then…

I’m sure you’re familiar with Abbott and Costello’s “Who’s On First?” routine.
The second baseman was What.
What played shortstop in college, but the team already had I Don’t Give A Damn as a shortstop, so they brought up What as a utility infielder, and he eventually settled in at second base.
Good at hitting and fielding, but not All-Star numbers.
After a questionable “Neighborhood” slide that broke his leg, What never quite had the agility he once had.
He ended his career as a decent designated hitter, got released, and ended up coaching a college team in the Midwest.