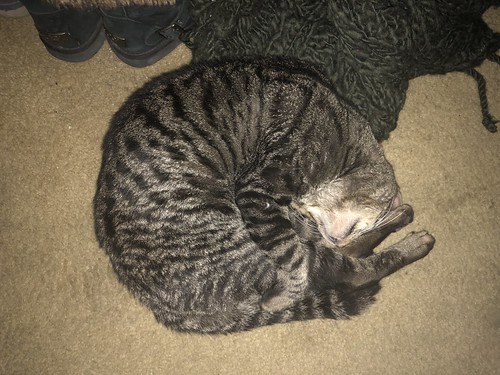 “The bicycle ride is too expensive, he said. He wanted it for free. The nerve! He even questioned my ability to make decisions about my own business. Who does he think he is? Never again! I will sell everything and go to the big city.” And Ronnie continued to grumble until the client came back and smiled.
“I’ll give you one million dollars for the bike business. Accept?”
“Hell, yeah!”
The next day, Ronnie saw on the news that an oil company had found oil in his old property. And Ronnie continued to grumble for the rest of his life.

Want to shed a few pounds? Lose some of that spare tyre and get fit again – and all without the hassle of exercising or joining a gym?

It’s simple – just eat kale and nothing else for every meal: Boiled, stewed, baked or grilled, and discover a new, slim, healthy you!

(Not recommended for the old, young, pregnant, infirm, healthy, or image conscious. Results may vary. May cause drowsiness, incontinence and dangerous side effects. Use with caution!)

The ZipLoc bag held my kale and wolfs bane. I blended them with water and carrots. I poured a glass of the concoction for my odious houseguest.

Joe had overstayed his visit, and I wanted him to leave. After we finished breakfast, I invited him for a swim in the river, nearby. The cold water didn’t numb the burning and severe side effects. In minutes he was nauseous, vomiting, and unable to move. A few more minutes, and his paralyzed body was swept away by the current.

I went back to my apartment and washed the blender and his glass.

After the heavy rains, the guest shed balanced precariously on the slope above the beach. The shed was constructed offsite, and delivered by truck.

Guests were told that the shed had a gorgeous view of the surf, but to take care putting too much weight on the South side of the building.

My cousin and her family visited, bringing their trunks, cooking pots, big screen TV and several cases of Fiji water. Well, you know what happened.

The rain washed the earth and gravel from under the floor joists, and the shed slid down the cliff, carrying the guests away.

Pretty Pictures
Brother Rancor had rose through the ranks of the illuminator at St Leibowitz. His fanciful interplay of animals in the most compromising interactions had amused the purchasers of the works of the Abby, thus increasing the same Abby’s coffers. As chief illuminator Rancor could have left the preparation of the vellum to a newly arrived brother, but Rancor’s had developed a unique application of ink that demanded a surface of extraordinarily smoothness, but at the same time biting resistance. This singleness of mind led to a long-standing resentfulness amongst his brother, and in the end led to Brother Rancor’s demise.

The bane of Billy’s existence was Kale. Try as he may the evil leaf perused him like the horseman of the Apocalypse. It didn’t help his insane parents had doomed him to the commune from hell, deep in the Californian mountains. The vegi-Nazis who ran the show were hell bent to leather their young charges would be health in spite of themselves. No one took notice of Billy’s sudden and enthusiastic request to join the salad crew. When the Med-i-vac choppers had airlift the last of the member out, Billy below him could see paradise by the golden arches.

“Isn’t it wonderful?” gushed Otto, “I’ve kept it safe all my life, but I could never bring myself to put it on sale”.

The old bookseller gazed at me through rheumy eyes; “Just look at the quality of the vellum!”

I smiled, humouring him – if the old fool wanted to believe that, then I wouldn’t argue with him, and I wasn’t about to haggle over the price either.

I named my figure.

His eyes bulged in shock, then clutching his chest, he collapsed to the floor, dead.

Reverently, I stroked the pages: Not vellum, of course, but human skin.

The Green Revolution
by Jeffrey Fischer

My doctor said I needed more greens in my diet. I took advantage of a sale on some kale to make a smoothie. It came out the color of radioactive algae. My wife applauded my effort at improving my health. Still, I noticed she didn’t offer to drink any.

One sip was all I needed to realize that a kale smoothie might be the worst thing ever to consume, subject to the constraint that it didn’t actually kill you. I only wanted to die.

The next day, in anticipation that my wife would nag me about another smoothie, I stopped at 7-11 and bought a Mountain Dew Slurpee. Same radioactive green color, much better taste. Being health-conscious wasn’t so tough after all!

Kale; Shed
———
A peasant was brought before a local magistrate accused of sedition. He had been overheard to grumble in local taverns against his lord. Considering the gravity of the matter, the magistrate referred it upwards, and so it came before General Wei.

General Wei said, “The gossip of the kaleyard is to be judged in the woodshed.” He required the first magistrate to have the accused executed for sedition. His informer was executed for disturbing the public order. The magistrates who had passed the case upward were executed for involving persons of superior class in matters beneath their dignity to notice.
———

In Axel’s four months in the Organization he had never shed blood intentionally. Sure, recently he had defended himself twice and those two guys are dead.

Now, to stay in the Organ, or get out, he had to kill his girlfriend.

He didn’t have a choice. If he didn’t kill her, they would kill him, eventually.

He had a thumb-stun up his sleeve. He only needed to zip it out and pop it in her face. Minutes later, she’d be dead.

Ursseanna entered the room. Her eyes lit up when she saw Axel. With a smile she hurried to him.

When you get mad you can zip off an angry text in two seconds. It wasn’t always so easy.

In the distant past it was a safe bet you were illiterate. You had to trudge for three days and stand in front of your tormentors hut and stamp your feet and yell.

Later came writing and vellum, but that meant you needed to skin a calf. For that you might have to wait till spring. By then you had probably forgotten what had made you so mad or the offender had died from the plague. Either way, you felt better.

Kale. To some, it’s the bane of their existence.
To me, it’s a delicacy.
I love kale chips.
I’ll clear out the grocery store’s stock every time I go.
It’s rather expensive, though. Even when they’re on sale.
People say it’s so easy to make kale chips yourself.
I’ve tried to make them on my own, and I didn’t do so well.
I always end up making a mess in the kitchen and then burning them in the oven.
What good is cheaper when the end result is nothing?
So, I’ve gone back to buying kale chips at the store.