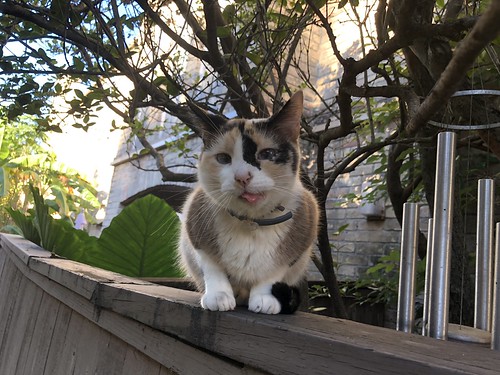 I was called into the manager’s office a few minutes before the end of the work day. When I entered the office, she gestured for me to take the chair in front of her desk. I heard a heavy click behind me as I sat down.

Ms. Dooby smiled, and handed me a thick folder. It was filled with pornography. A few seconds passed and Ms. Dooby smiled and suddenly sprung over her desk and made a clutch at my manhood.

She stood, raising her skirt, and pulling down her panties. It was the largest schwänze I had ever seen.

I watched him in silence from my hiding place.

Don’t take me for a stalker or anything like that – call it more a case of professional concern for the welfare of one of my most important patients.

I could tell he was in a bad way: He was breathing heavily – hardly surprising for somebody so grossly obese who simply refused to slow down, even at his advanced age.

“Just stop eating all that crap?” I’d constantly warn him.

Suddenly he gasped… I saw him clutch his chest…

All that sherry and those mince pies had finally taken their inevitable toll!

He clutched the key in his hand and leaned quietly against the wall.
The room was packed and everyone waited for the announcement on the radio. “And the winner is…”
A general murmur of disappointment swept through the room.
“But our town won,” someone said.
People shook their heads. Then, they looked at him.
“Yes, we did win and I have the key.” He waved for them to follow him.
The key opened the trunk with the prize. The prize was split evenly between all the families.
The organization is still wondering today what happened to the prize.

That and a redwood bumper

Gail is an aficionado of the standard transmission. It is an affect of
being a child of the 60s. The deep seeded fear one would need to add an
element of manual interaction to turn over the engine in a VW micro-bus. I
wonder if the youth of today would understand the term “Popping the
Clutch?” No matter. So the Subaru has a clutch, and over the years I have
become pretty damn good at counting to four, which is on the floor. Oddly
given the slope of our driveway the only way to pop the clutch isn’t
remotely practical.

The long march to cheap kiddies animation produced one of the truly bazaar
sandwich cartoons. A second string work that piggy-backed on the show that
was named after the main attraction. Huckleberry hound, or The King and
Odie. Clutch Cargo used an inordinate number of still image held while its
lantern jaw hero delivered his lines. Now the weird thing going on here is
an area of the cartoon face had a human mouth superimposed on the face.
All the characters had a pair of moving lisps, cross cutting gave the
illusion of two shots. And the scissors kick running, way lame

Marilee Demi Waterhouse clutched her tiny purse at the cotillion. Her
best friend Betty Ann Banister holding the exact same pose and nearly
identical bag, chuckled lightly. “What,” inquired Marilee? “The depth of
redundancy is palpable.” “The whole cherry blossom theme?” “No we are
clutching clutchs.” Not to be outdone Marilee returns, “I for one am the
consummate Clutch competitor.” “And I for one am not beyond double
clutching to leave this cluster of debutantes in the dust.” With that both
women jumped up in the air slapping palms in mid-air. Eyes and heads
turned, they didn’t give a fuck.

Well, maybe not that expected. I don’t suppose everyone carries razor blades with them, expressly for the purpose of inflicting physical harm to others, but each to their own.

The way I see it is that it’s always worth being prepared for any eventuality, and keeping everything close to hand makes perfect sense.

Besides, after the deed is done. The last person they’ll suspect is the girl with the dainty clutch bag!

The Not-So-Mighty Casey
by Jeffrey Fischer

Mudville was disappointed when that bum Casey struck out to end the big game. Even a lousy grounder to the outfield would have tied the game. Those in the know weren’t surprised, though. They knew Casey wasn’t a clutch hitter. His heroics were largely limited to late game blowouts. Opposing pitchers, wanting to go home, threw it down the middle and Casey’s home run total ballooned, though he didn’t hit for average. But when the game was on the line, the line on Casey was unimpressive: a .202 average and around five homers a year. Almost everything else was a strikeout. Mudville may have been disappointed that day, but the professional gamblers made out like bandits betting against him. In clutch situations, Casey was as close as they had to a sure thing.

A few years ago my daughter had me watch a bizarre cartoon called “Annoying orange”. In my opinion, the over the top humor mostly relied on facial gags to make them funny. But that wasn’t hard to do as each of the fruit in the cartoon had a human mouth and eyes to give them expression.

This seemed like a new thing for my daughter. For me it brought back memories from the 1960’s of the Clutch Cargo cartoons. They had limited quality animation and superimposed human mouths. They weren’t supposed to be scary, but they sure freaked me out.

It’s Christmas again and time to see the family. Walking up to the door I am in the clutches of a panic attack, like I’m five years old in the barber chair and no idea what is about to happen. My aunt is at the door to cover my face in smooches and leave half her makeup on my cheeks. Grandpa strolls by doing a round of “got your nose.” Then grandma yells “eat” and we attack the dining room. The family comes together during the feast. Afterward we lay around as grandpa talks about last years garden. Good Christmas.

Clutch
———
“They don’t make cars like they used to,” said the Morris Minor enthusiast. “They run fine if you take the effort to do things right. You don’t need synchromesh if you learn proper double declutching. All these old cars have starting handles, how else will you get started when the battery goes flat? Take it apart regularly and you’ll never have a problem you can’t fix on the road. Cars these days run ten thousand miles without a tune-up, what’s the point of that?”

Yes, I thought, they don’t make cars like they used to, and a good thing too.

When it comes to easy money, drug testing isn’t really all that easy.
Drug trials can be a trial, especially when it’s something serious, like cancer or heart attacks.
Half of the subjects clutch their chests and die horrible deaths. The rest don’t even have the time to clutch their chests before they die.
I worked hard on the new medication, and the test results were the same: everybody died.
But instead of half of the test subjects clutching their chests, everyone got a peaceful look on their face and died happily.
The company sent it off for government approval.