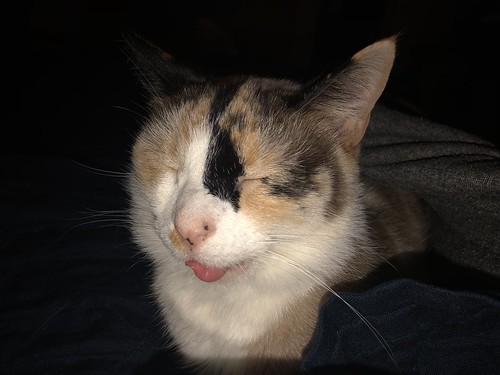 Always Just Out of Reach

When the lights went out I found a girl under my beach blanket. “Who are you,” I asked. “River Moon Beam,” came the breathy reply. The darkness was drenched with Patchouli and Maui Wowie is was the 70s and sexual revolution was entering its death spiral and I had no idea on that starry night I was about to be become the last M.I.A. Moon Beam hand me bottle of Jack. I took a swallow, she drained it. It’s hard to make purchase in sand, but youth if nothing else is resourceful. Sadly there is no resource for alcohol unconsciousness.

Late at night, no-one cared. A slow slumber took over and everyone was fast asleep quickly.
During the day, things collapsed. The lamps that had existed for several decades inside the underground survival units were vital. They illuminated every corridor, every room.
When the lights went out, Rachael desperately wanted to leave. They didn’t let her. The air, the ground, you can’t.
She managed to escape and went to the old hut in the middle of nowhere where she had grown up.
Only the ones who left the units survived.
When she flipped a switch again, she felt ridiculously alive.

As the sedan hit the tower, he heard her scream and the ear-piercing crash when the lights went out.

He rushed to find her on the route home. When he spotted the crash, he leapt out, finding her in the car. She was burned to a smoldering pile of steaming Kimchi, and was still holding the cell phone.

The impact of the car took down the fifty foot steel tower when her car veered off the road.

When the thirty kilovolt lines broke away from the crumpled crossbars, they started a large grassfire that consumed her car and poor Leoliana.

When the lights went out, I fumbled around for the flashlight. Beverly had removed her bra and exposed her giant bosom. “No, no. Put those away! I can’t handle those now!” She teased me a bit, and folded them up and put them inside her top.

Beverly was my love robot. Arriving from the factory in California in a crate, customized to my specifications, she was soon the envy of my friends in the local tech club.

She was self-charging, five nine, had double hinged apertures, blond hair and was green-eyed.

She liked to tease me and play practical jokes.

When the lights went out

I did what everybody does when the lights went out: I blundered about in the darkness, bruising my shins and stubbing toes, wondering why the hell I couldn’t find my way around my own house in the dark.

“Where’s the candles?”, I shouted, “In the basement!” came the reply, and it struck me at that moment what a profoundly idiotic place the basement was to keep candles.

It was also where I stupidly kept the torch!

Cautiously, I felt for the top step, missed my footing and went crashing to the floor below.

And the lights went out again.

She knew that, and she had contemplated it from her earliest realization. She had never for a moment rejected even the shadow of her desire to gain power, and to abuse it to the fullest. That future was, for her, the most delicious.

Politics, Law, and Medicine had all offered opportunities, but she had carefully chosen her arena to provide the fullest range of possibilities.

She smiled, looking out over her students.

What You Can’t See

When the lights went out we all giggled a little and made dumb jokes about what you could do in the dark. When they stayed out we started to get nervous, being high up in a skyscraper.

Things can go wrong. Many things.

Should we stay put and wait, or try to walk down the aching flights of stairs?

People grow fearful of what people can become under cover of the dark. People talk, and talk starts to breed terror. Our imaginations fueled pictures of horror in our frightened minds.

It was much worse when the lights came back on.

At first you were afraid, when the lights went out.

And the fear grew as you became aware that you were looking down on your own lifeless body; the doctor, frantically pounding your chest; the machines sounding an unbroken, single tone.

You turned and took one tentative step, then another, until you were running towards the light, and into my arms.

And that’s when I turned out the light.

And plunged you into eternal darkness.

Unable to control his thoughts, Billbert rose toward the ceiling.
Fortunately that was when the lights went out.
Linoliumanda’s mother marched in with an snowy owl shaped birthday cake.
“It’s time to sing to the birthday girl.”
The distraction was enough to settle Billbert back to the floor before anyone noticed his levitation.
They sang “Happy Birthday” and ate pumpkin ice cream with the cake.
Billbert gave Linoliumanda, a tee shirt that said, “Twilight Sparkle is my Patronus”.
She hugged it to her and said, “This is so cute. I want to wear it for our broom races.”
Billbert gulped.

McKenzie’s latest party was in its full drunken glory by midnight. I stifled a yawn. Mac was a good guy, if a bit touched in the head, but I was too old for his nonsense and made my preparations to leave. “Not just yet, my friend,” Mac said. “Stay a few minutes. I promise you won’t be sorry.”

When the lights went out, everyone in motion stumbled across a piece of furniture and the room was filled with expletives. I shook my head at Mac’s childish antics and thumbed the flashlight app on my iPhone to navigate safely out of the house. Mac called to the remaining guests, “Who’s up for a game of blind Twister?” and laughed manically.

And God said, “Let there be light.” And there was light.
God looked at the heavens and the earth.
“What a mess!” he said. “I should have made light before I made the heavens and the earth.”
God tried to fix his mistakes, but he was hoping to get finished with his project before the weekend, so he rushed things.
“Shit,” muttered God, as he looked at the calendar. “It’s Saturday, and I’m not done yet.”
So, God threw together man and woman, dropped them in Eden, and headed for the airport.
“Watch these idiots, please,” God told the serpent.